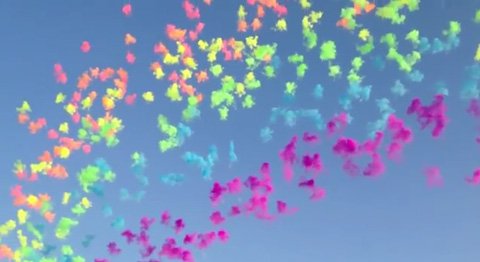 It is 10.30pm.  The sun is still shining.  Hello from glorious Saint Petersburg.  I am grateful to have been invited to contribute to this awesome blog by Laura.

We begin in a not-so-glamorous setting.  This is Zvezdnaya, a suburb of sprawling concrete flat complexes on the outer limits of the city.  Let’s be honest, it’s not the most aesthetically pleasing of places.  These flats were constructed in the 50s and 60s, and set for demolishment some 20 years ago.

As of my arrival to this compact three-room flat (not including kitchen and modest bathroom) the population has drastically increased.  There are three generations of my family currently in residence.  The youngest (my cousin’s little boy) is under a year.  The oldest, my grandfather, is 84.  Things could be worse: in the past, this flat would have been shared between four families.

In the block of flats across the way some enthusiastic partiers have just released spirals of illegal fireworks into the air.  The after-effect is a cacophony of car alarms and the tired squeals of the teething baby with whom I am sharing a room.

Welcome to my holiday.

I last visited Russia several years ago yet I am still struck by the everyday absurdities and difficulties of Russian life.  I know they are many and notorious, some of which are documented in this blog.  Sometimes I am even baffled by the anecdotes of tourists returning from Russia.  After all, my own ‘Russianness’ is a cocktail of ties to Russia, the Ukraine and Belarus (I was born in the no-man’s land of the USSR).  Nothing, not even my parents’ distilled recollections of life pre-Australia could prepare me for experiences such as navigating a pram through the subterranean network of the Saint Petersburg metro.

To those who have never experienced the wonder of Saint Petersburg metro travel, imagine a series of steep escalators in dim light descending 80+ metres into the bowels of the earth.  It is hot.  The fragrance of mingling body odours never quite dissipates.

The escalators are easy in comparison to the ramps.  I asked once if there was a lift and was met with an incredulous stare.  To ascend to the surface world one must position the wheels of the pram on a pair of stilt-like steel beams, and heave the not-so-cheerful kid up the steep incline whilst dodging other commuters.  Sometimes passers-by actually meet your sweaty, stress-stricken gaze, before continuing on their way.  It is Russia, after all, and the residual effects of phenomena such as people being hauled off to gulags have instilled a kind of indifference in the general populace.  Others swear at you.  Imagine—bringing a baby on the metro!

On this trip a young guy helps us out.  He packs away his iPad and grabs the front of the pram so quickly we might have been alarmed if we weren’t so tired.  So again, things could be worse.  Our destination is the supermarket: a revolutionary spectacle in modern Russia.  There you can actually buy baby food AND fruit AND meat in one place.  In the old days, my aunt tells me, it was a case of trudging through the city, waiting in circuitous lines on the off-chance that a shop actually had stock, and then using food coupons issued by the state to purchase your stuff.  Forgot your coupons?

10.30pm.  Ok, so maybe I won’t get much sleep tonight.  I suspect the fireworks celebrated a wedding, and before long they will erupt again.  I can deal with no sleep.  But for the love of all that is holy please don’t make me take the baby on the metro tomorrow.