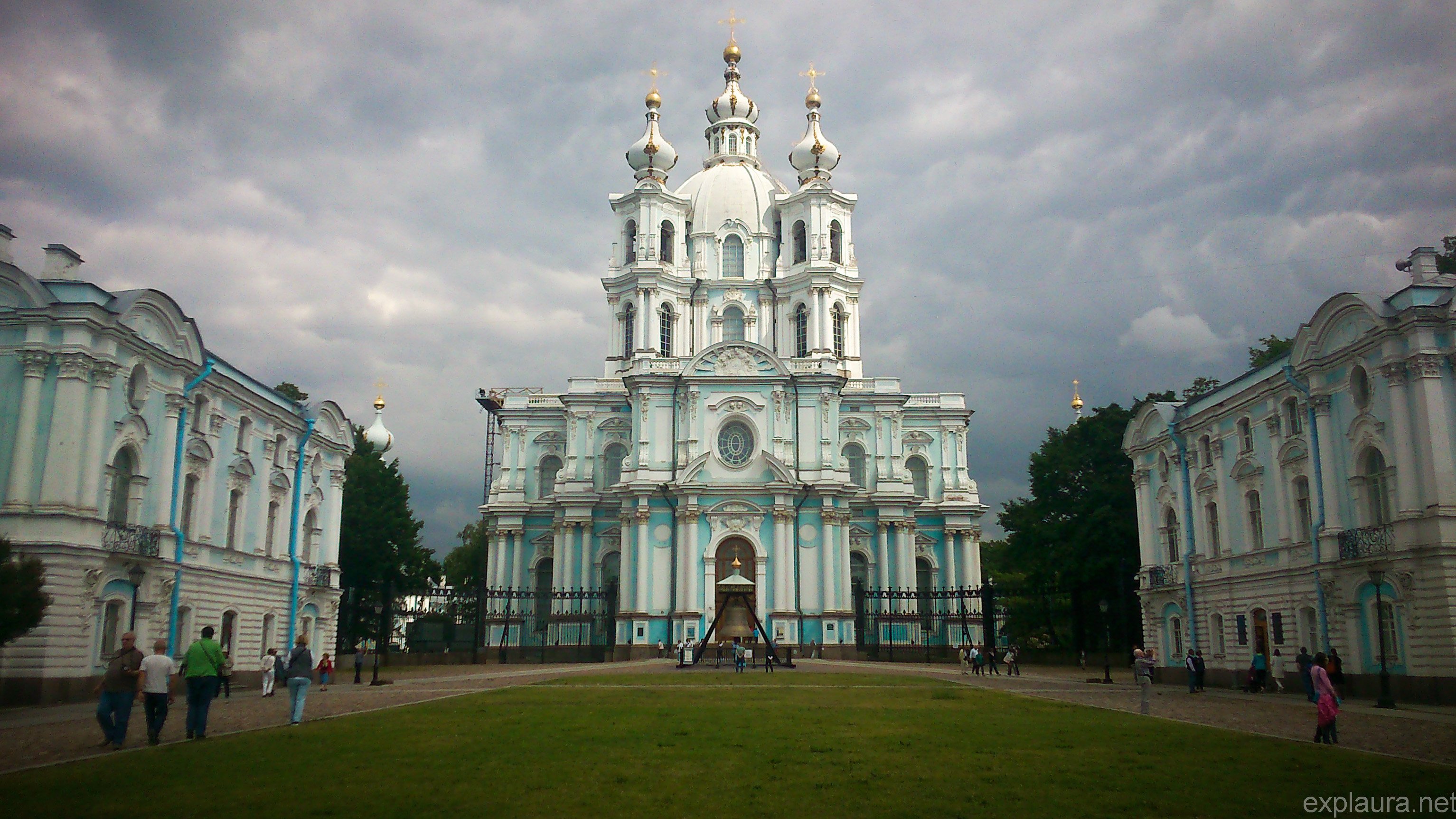 Alright, so it’s nearly two months since I left Russia.  It’s probably just about time to finish writing about it!  This time, I’m writing not from Vertical Germany, but from sunny Italia, where I’m not allowing myself to do anything fun until I get a solid amount of work done on the new anthology.  We’re just over two months from release date (ohmygod ohmygod panic attack), and there’s rather a lot of editing to be done.

Since leaving Russia, I’ve been a very busy girl—first it was summer school, then a model UN at the EU External Action Service (turns out I make a great Juncker), then being very sick.  Following this was a trip to Amsterdam, my 30th, and party prep and recovery taking nearly a week (I was a mermaid of the variety that drinks like a fish—I had a Disney theme ;)).  Then editing, then the book club went viral and I had to build a shiny new website in double-time, then I quit the book club in a torrent of flames, and then suddenly I was here.  Of course, I’ve had quite a few adventures, both in Brussels and now here in Italy, so it’s about time I kicked into the back-log… and stopped procrastinating via opening paragraphs.  Also, this post will touch on my one hour in Latvia down the bottom 🙂

After working far too hard in St Petersburg, I decided I needed a holiday from my holiday, and booked trains for another long weekend back in Moscow.  On the way there, I elected to take the day train, and was seated opposite a man who smelled distinctly of beer.  This only increased as the trip went on, given the amount he was consuming with his friends.  I was quite tired and aiming for a nap—but, as it turns out, my seat had the powerpoint for the 40-person carriage.  So after a number of times being shoved out of the way so that people could plug things in, and people getting a bit feisty with each other over whose turn it was, I decided to apply some organisation.  I arranged a queue, and guarded people’s stuff while it was there.  Yup.  The carriage named me “наша девушка на розетке”/nasha devushka na rozetke/Our Girl of the Powerpoint.  Glamour, right??

The train paused at one point at a work site, presumably so that goods could be loaded and unloaded.  Looking out the window, I saw that everyone was brown—and I don’t mean tanned (though that, too).  Everybody working on the site, ie doing manual labour, was from the Caucasus.  There were no ‘white Russians’.  It made me ponder something Arthur said when I was in Moscow a few weeks prior, that in Russia everything is equal—it doesn’t matter what your race is or what your gender is, you will still have the same work opportunities.  I absolutely maintain that this is complete and utter bullshit, but hey.  Whatever sees him through the day.  Being at this random site some few hours outside Moscow really hammered it home: you get used to seeing black Russians in lower-level and manual labour roles, but here it was just somehow stark.

Again on this topic, at Gostiniy Dvor station in St Petersburg, there are these big security archways.  They’re off to one side, and I’d always figured they were broken, like a lot of the stuff in that metro station seems to be.  I’d always just cruised through the station, gone to buy my zhetony if necessary, then walked through the barriers without really thinking about it.  Until one time on this trip, when a Chinese-looking dude walked into the station just ahead of me.  A cloud of guards descended upon him, yelling at him to take off his bag, turn out his pockets, and walk through the security barrier.  They then took him off to some room for goodness-knows-what.  I mean this was just some random, harmless-looking dude, and there’s no way they didn’t do that because of what he looked like.

I think I’ve mentioned it before, but I once invited a Korean girl to a party I had in Piter, and despite her having been living there for over a year at that point, she said it was the first time Russians had actually spoken to her.  Or again, I kissed a distinctly non-Russian guy in Moscow, and the looks of disgust and abhorrence on people’s faces.  One guy mimed spitting on the floor, while others shuddered and turned away.  It made me want to passive-aggressive the shit out of them, to be honest.  We weren’t doing anything horrible.

I spent this trip to Moscow hanging with some people I’d met the previous time, eating far too much Japanese at Две Палочки (as always), watching comedy, and SEEING JURASSIC WORLD 3D!!!  TWICE!!!!  YEAHHHHHH!!!!  Man I love dinosaurs.  After the first time watching it, I didn’t think I’d ever be able to speak in lower case letters, ever, ever again.  I went the first time with Arthur and his Kiwi friend Lisa (who will reappear in this blog later on… hello, foreshadowing!), then that night at the bar, was so excited about it that I ended up going with someone else from there the following day.  I must say, I felt a little queasy the first time I saw raptors (those familiar with my other work will know why), but then it was just 5000 kinds of awesome.  And THERE’S GOING TO BE TWO MORE FILMS.  Yes!!!

Following my trip to Moscow, I ended up working for a lovely tiny school just south of the centre for a couple of weeks.  It was called English Effect, and was the first company I’ve worked for in Russia where everybody was nice.  And normal.  It was completely stress-free (:o!!!).  I also continued editing, and of course, attending Translator Tuesdays at Eclectic.  On one occasion, I went to coffee with a Russian girl who goes to Eclectic’s drinks.  She was talking about her travels through Europe, and how shocked she was by the children in France.  She couldn’t believe how happy and free they were, compared to what she described as ‘grumpy Russian children’.  Another classic line was when she told someone off because she described their ideas as “so Stalinist, so bourgeoisie”.  I’m not totally convinced this is a consistent insult, but in what other country would you hear that?  Hysterical.

Overall, I definitely saw some changes in Russia over the course of this trip.  I mentioned in a previous post that people seemed way happier than last time.  But in addition to this, they were even dressed differently—Stalinist-bourgeoisie girl explained it via the ‘hipster movement’.  I’m not really sure what this is meant to mean, given people dress neither like the ‘hipsters’ in the hit Russian film Стиляги/Stilyagi/Hipsters (watch it, it’s brilliant), nor like the modern Australian version.  But whatever it is, it includes a lot less fur coat + high heels + a bucket of makeup.  And the 80s-ness of fashion seems to have cut down a bit, too, at least in the (admittedly major) cities I went to.

Next, there has also been a massive improvement in food.  I’m far from a foodie, but this time it didn’t actually taste like crap.  THIS IS HUGE.  And not only that, but there are increasingly vegetarian options!  It’s like people might actually want vegetables.  Of course, there’s still freaking dill on everything, but I guess you can’t have everything.  One place that embodied this change in culture, cuisine, and arguably sophistication was a place called “Pitas Street Food” by Ploshad’ Vosstaniya in St Petersburg.  It had plentiful vegetarian food, everything tasted good, and it had freaking cider.  Cider!  In Russia!  And on tap :o!!!  Plus it had powerpoints at each table, an instagram printing booth, and park benches for people to sit at which lent it a somewhat art deco feel.  The crowd was very diverse, and overall it felt like a place that could easily be in Melbourne.  I couldn’t believe we were still in Russia, it was crazy!

I do of course have plans to return again, though my visa has now expired :(.  At this point I’m guessing I’ll spend next summer either in Russia (likely Moscow) or Ukraine, so we’ll see what happens.  Someone asked why I don’t look at doing my PhD in Russia rather than in Europe, and I pretty much laughed—living in Russia again is completely off the cards, in part because of ongoing intolerance, and largely because of man-woman relations there.  *Shudder*.  But it’s definitely a place I’ll continue to return to, be fascinated by, study, and write about.

Here are a couple of random photos:

My final two days in St Petersburg were spent at an EU-Russia conference, then I had to fly back on Sunday before starting summer school (on Post-Soviet conflicts… theme, anyone?!) the next day.  Well, technically that night, but I skipped it.  Such a rebel.

As it turned out, my professor was on the same flights as me, so the poor guy had to put up with me all day.  It was super handy actually, as we had a 4-hour stopover in Riga (the capital of Latvia).  He was staying in the airport to do some work, but I figured I could spend an hour in the centre and not miss my flight, so I gave him a gigantic stack of books to carry around for me and headed off.  He said my pile of books made him feel ‘intellectual’, which I found pretty hysterical, given he’s an academic.

After negotiating with a somewhat grumpy bus driver, I arrived in Riga itself.  I looked around for the nearest promising location, and spotted a gigantic building towering over the city.  I started walking toward it, given I had no idea where I was or what I was doing, and as it turned out it was a science faculty of a university.  And it was ginormous.  As such they let tourists up onto the top floor, for panoramic views of the city: win!  What’s more, from there I could see something which looked suspiciously like scenic, UNESCO-listed old buildings, so I now had my mission.

Leaving the tower I walked into the Old Centre.  It was very sweet—actually it reminded me somewhat of a cross between parts of Prague and Helsinki.  I went moseying through, stopping for some lunch (strawberry icecream—I understand nutrition!) and to browse at some of the stalls.  I also checked out some old castles and things (albeit very quickly).  Then it was back onto a bus, the finding of which was probably not so much due to my bad-ass travelling skills as to some kind of miracle, and to the airport.  With souvenirs.  It was really a power hour!

Back at the airport I tracked down my professor quite quickly, whereupon he bought me a coffee and I distracted him from work by chittering on about dinosaurs for a really protracted period of time.  Poor guy.  Poor, poor guy.

After that it was just a hop, skip and a jump, and I was back in Brussels, to my flatmates and my garden-which-was-now-a-jungle.

Views over the city.

The Academy of Sciences.

The streets reminded me somewhat of Finland.

Women sell amber trinkets in the centre of Old Town.