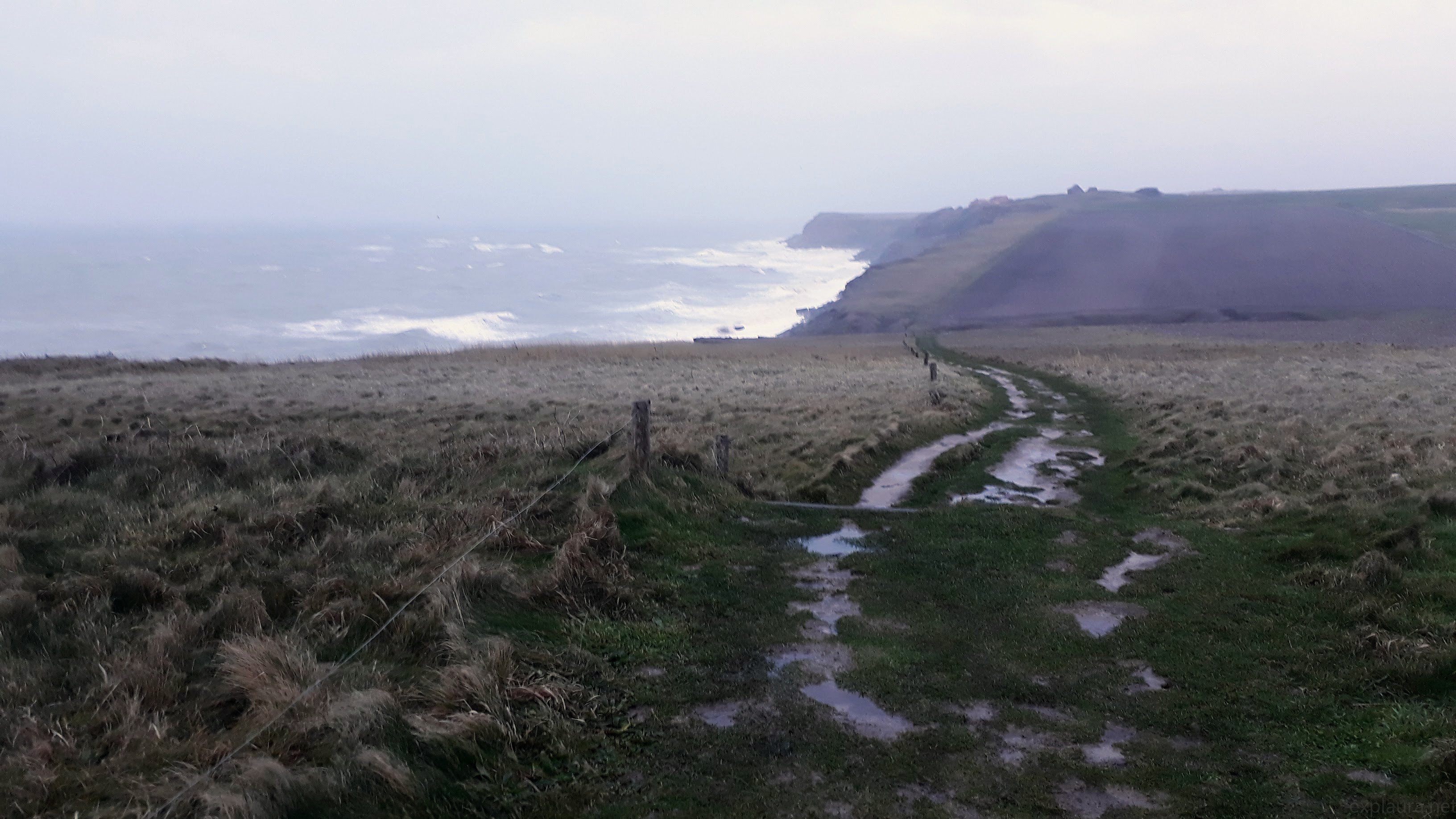 Way of the King
Ecstatic: Calais to Audinghen

After three days and nearly 110km, day four would finally be a shorter day.  My destination was Boulogne-sur-Mer, which seemed to be the last place to get an ‘easy’ connection back to Brussels via Lille.  I did briefly consider just continuing to walk, ad infinitum, but my body was honestly not up to it.  Also, you know, things to do (and a PhD supervisor who may or may not read my blog ;)).

Day four barely dawned at all: the sea was ferocious, and the sky was so filled with grey salty haze that the sun barely made an appearance.  It was windy, evocative, ethereal.  I felt like a character out of Tolkien or something, stumbling amidst the barrows.  Except that my ‘barrows’ were clifftops.

From my ‘murder hotel’ in Audinghen, I firstly headed to what was marked as the ‘sea wall museum’ on Google Maps.  I was hoping this would be some kind of pagan-esque tribute to the sea—one can only hope—but it turned out to be another war museum, in memory of the ‘sea wall’.  Nevertheless, had I not detoured down that road, I wouldn’t have seen a sign pointing to the ‘route nordique’.  “Pues, soy Nordica,” I said to myself, “so this is clearly the route for me.”

The path took me to the seaside and a religious statue of some kind—I clearly did not care enough to take a good look—before working its way up to the clifftops.  Thence followed a dramatic period of mud, blustery winds, and a violent sea.

A few kilometres later, I decended back to sea level, then meandering through various gorgeous traditional fishing villages. These had historically used a special type of boat—a ‘flotard’—when heading out to sea, and there were still examples of flotards in the towns—a chunky flat-transomed boat, designed to be wheeled backwards into the waves using a tractor.  Having seen how wild those waters can get, I’m honestly amazed.

A couple of villages later, I took the ever-inevitable coastal route, and found myself walking along an extremely rugged beach.  With the sea-spray in the air, it appeared borderline apocalyptic.

I glanced down, only to find this little guy smiling up at me 🙂

While days one and three of my walk were amazing, day four was a bit more akin to day two: an exhausted grind. Though I was walking a much shorter distance, it took me a long, long, long time to do it, and for the remaining time until I reached Boulogne-sur-Mer, I was mainly focused on convincing one foot to move in front of the other.  (More regular training might be helpful…?!)

At last I reached the top of a hill, expecting to see Boulogne-sur-Mer laid out in front of me: and I did.  But what I wasn’t emotionally nor physically ready for was the fact I was going to have to first conquer another hill.  I may have wailed.  Loudly.  “You want me to go up a fucking hill???  Howwwwwww”.  Yes, I was in a state: I had only walked ~23km that day, but it had taken nearly seven hours to cover, instead of a more normal 4.5.

A significant amount of old-lady shuffling later, I made it into the town and to the closest train station, but it was another two hours until the next connection to Lille.  So I looked at my phone, considered the fact there was no coffee in my immediate area, and realised I was just going to have to fill the time by exploring the town.

As it turned out, Boulogne-sur-Mer was super interesting.  It, like Gravelines, is one of the ‘fortified villages’, and has a history going back to Rome.  There’s a wall surrounding the old town, a huge cathedral, gorgeous medieval squares, and a proper castle.  By which I mean, the castle had a moat.  With water.  (And presumably sea monsters.)

Overall, it was an amazing trip, and well worth doing.  I feel like the next section I do on my ‘all around Europe’ coastal walk will likely be back in Spain (the Barcelona-Valencia strip is too tempting!), but France really delivered.  With a few alterations—e.g. avoiding the dangerous highway/overpass west of Dunkirk, and taking the inland route from Loon-Plage to Calais rather than opting for a coastal detour—I think it would make a fantastic extension to existing established through-hiking trails.  Doing it with other people to cut down on accommodation costs, and perhaps avoiding the middle of winter, might also be good.  I can imagine that those with an interest in occupation of the French coast/WW2 would find it especially rewarding.

Total from De Panne in Belgium to Boulogne-sur-Mer in France via coastal and littoral trails: 134.9km.

Way of the King
Ecstatic: Calais to Audinghen