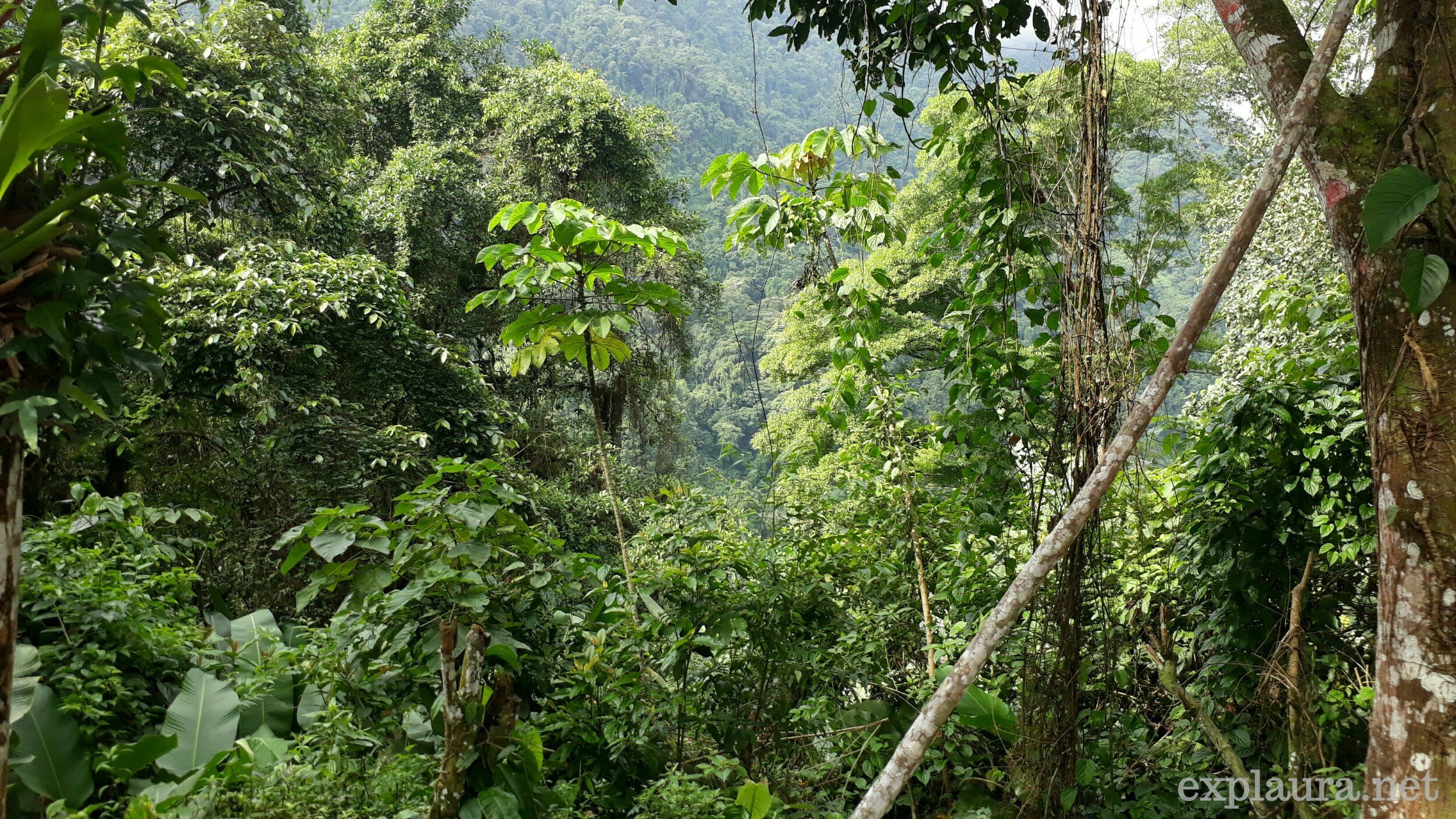 We are all so freaking wet right now.  For the last couple of hours of the day’s hike, it was absolutely pissing it down–somewhat familiar from the last time I hiked in the region!

Last night after I’d finished writing, the guides came over to tell us a bit about the area.  To that point, we’d been walking through farmland, and the next day (today) we’d be heading into the indigenous lands, where there are four tribes.  We learned about their use of the coca leaf, which is only for the men.  That’s because women are considered stronger, so they don’t need it; the men take it to help to get through their day.

Anyway, the guys chew coca leaves in their cheek, along with ground-up seashell which they carry in a special instrument.  The seashell mixes with the masticated coca leaves to create a chemical compound that releases the coca leaf’s “special effects”.  The grinding instrument represents the two genders, with the gourd representing women, and the stick which grinds and inserts the seashell representing men.  The guys use the stick to pop the seashell into their mouths, and afterwards smooth the stick and residue around the gourd, causing it to grow over time.  The indigenous men, as you see them walking around, are constantly chewing and/or building their gourd; the women, meanwhile, are sewing mochillas.  Mochillas are little bags which the men use to store their coca leaves (which also have a role in greetings and negotiations between men), and the tribe’s shaman (mamu) can not only tell the sewer’s future, but also whether they were having good or bad thoughts as they made the bag.  The same is done with the mens’ gourd.  The tribes have no written language.

We saw quite a few indigenous people today, all barefoot, wearing brilliant white, with men wearing mochillas and the women with necklaces.  Children are indistinguishable until they’re given such markers as a sign of their adulthood.

Today started with a wakeup call at 5:00, for breakfast at 5:30.  We were on the road just after six, with the first couple of hours fairly moderate.  It was then time for a few hours’ break at around 10am, wherein we went swimming and had lunch.  To be honest, the breaks are often quite claustrophobic, as all the groups walking stop at the same places to rest: so you go from being in the jungle to being in a space chock-full of something like a hundred people.  It’s dreadful.  But in this case, our guides took us to a swimming hole which just had us: everybody else went to a waterfall.  All the same, stopping for so long really killed our rhythm.

We started walking once more, moving from one tribe’s area to the next, seeing a little village built by the government to help the indigenous people recover their traditional ways. and learned some more about the locals.

The huts represent the different things important to the tribes’ social and spiritual life, with a circle representing the sun and moon, two antennae representing the two highest mountains in Colombia, and the water and plants are nearby.  Men and women live separately, and the children live with the women (until boys are 7 years old).  Women are allowed to visit the men’s huts, but not the reverse.  Also, there’s no sex in the huts.  When couples want to get it on, they go into the mountains or rivers–they believe if they conceive a child inside, the child will be close-minded.  I was reminded of my time in the Amazon, when I was told that stationary people aren’t allowed to plant things in the forest: the plants will be too stationary to grow.  I wonder how my yuka plant is going…!

We had a gruelling one-hour hike up quite a steep hill.  That’s all I’m going to say about that, because i’m not sure I’ve recovered emotionally.

After one more break, we had a last stretch to make it to our huts for the evening–and shortly after we set out, it began to rain.  And then pour.  And then it was like a little personal waterfall per person–the paths were swamped with water, with buckets dropping down on us from overhead.  We had to cross a number of creeks with strong currents, some permanent, some seemingly adhoc.  We also had to ford a river, which was exciting.  I saw a guy sitting by the increasingly overflowing river, and asked him which path I was supposed to be taking: and he gestured next to him, and told me to wait.  I did so, and he started wading into the river.  Fastening my pack as high up as I could, I joined him as he grabbed my hand, and I in turn grabbed the hand of the person behind me.  Then it was time to start wading through the mid-thigh deep water, while the rain continued to smash it down above.  The guy helping us cross told me that any moment, the water would start to rise even futher: and some fellow hikers, crossing ten minutes later, told us it had already reached their waists.  Absolutely mental.

Only 10-20 minutes later, we made it to camp: but, new disaster!  It was massively over capacity, and what’s more, we weren’t allowed to enter without our guide.  Who was still on the other side of the river, waiting for a couple who were lagging slightly behind.  Perhaps an hour later, the staff took pity on us, and told us there were six beds available (for our twelve people).  They even let us inside!  So then followed the negotiations over who was sharing with whom (bearing in mind there were some hammocks available as well).  Because of my back, I can’t sleep in a hammock, so that was out.  One of the Italian guys, who I’ve promised to label as the creepiest Italian I’ve ever met (not strictly true), offered to share with me.  He then made the same offer to the Dutchie and the Korean girl, before saying he would be a gentleman and sleep in a hammock.  It was the most Italian sequence of sentences I think I’ve encountered!

As it stands, I’m sharing with the Dutchie, and we’ve all just had dinner.  Also, we’re getting up in 4:30 in the morning, and I’m strangely happy about it: it means we might be able to beat some of the crowds up to the Lost City itself.  Fingers crossed!