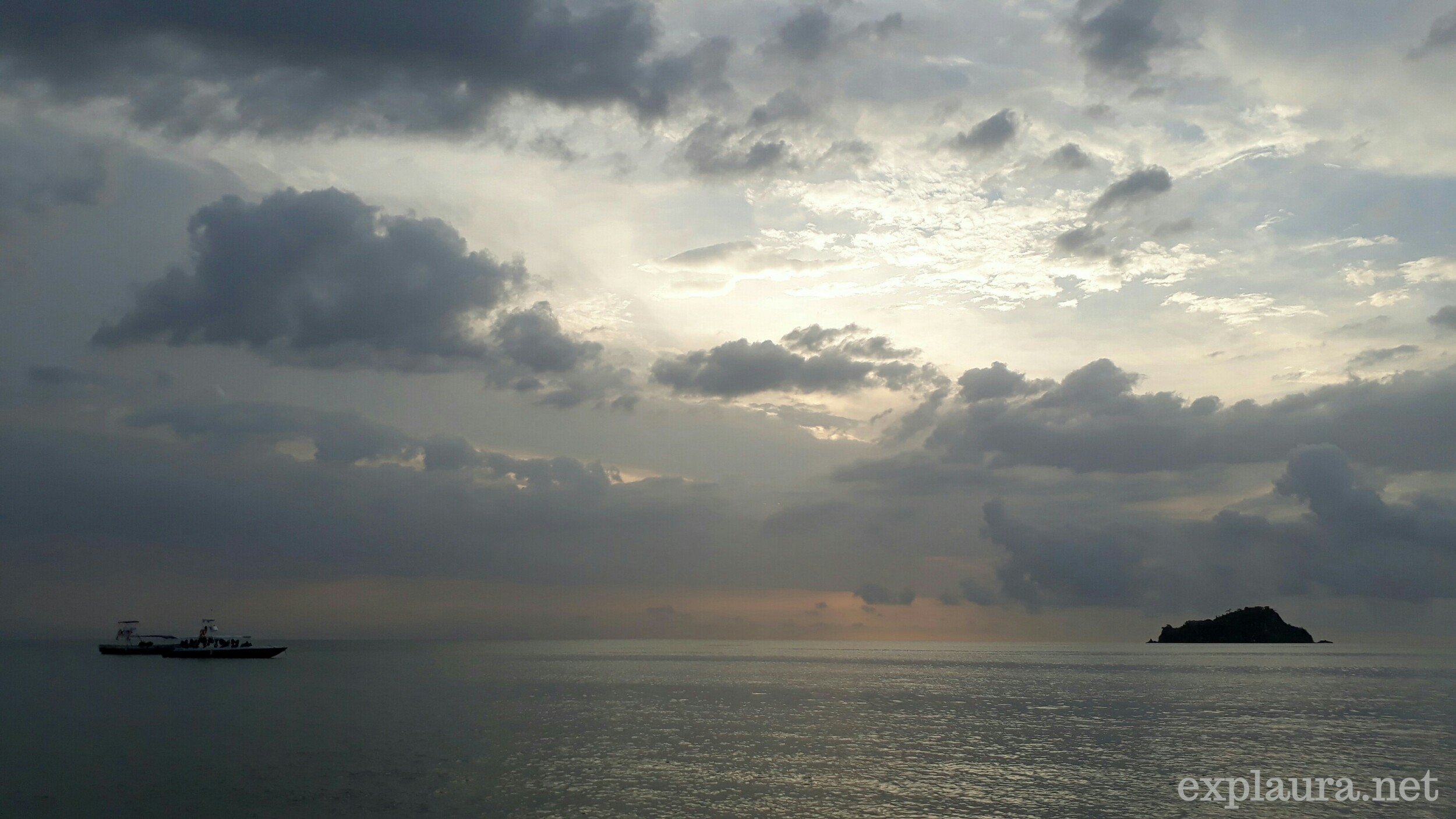 From the sea to the sky
The Lost City: Descent

We’re currently on a minibus from Santa Marta to Cartagena, which while having WiFi and air conditioning, has seen us nearly witness or be involved in a humungous number of head-on collisions.  Defensive driving isn’t really a thing in Colombia, and that doesn’t make for the most relaxing of rides.

Moments ago, we stopped at some kind of truck-stop, where vendors came up to the door bearing food as an official checked the passenger manifest.  One of the guys offered me what looked like savoury donuts, and I said no.  He then smiled adorably, and in halting English, said “thank you–thank you for coming”.  A far sight from my most disgusting interaction today, wherein a man riding a bicycle starts calling “gringa! Gringa!” at me.  For one, I’m not a gringa.  For two, when he caught my attention, he starts rolling his tongue around in what one can only imagine was a parody of oral sex.  It was utterly repulsive, which does somewhat raise the question of what the hell he was trying to achieve.

Santa Marta has been a bit of a strange place for me, and not just because of incoherent interactions.  It feels a bit like a microcosm of my life for the four years since I was there last–the people I’ve met there, and moreover the people I’ve met from there, have led to such a number of calamitous incidents in my life, as well as some positive elements as captured by Daniela and her lovely family.  Catching the bus back from town to Rododero earlier, I had ths sudden deep feeling that it’s a place I’ll never see again, and it’s a bittersweet impression at best. It feels like things are changing, and I suppose they are–but it’s still somehow weird to feel thatall the things that have happened because I went to the town in the first place are suddenly, abjectly, over.  Finito.  Terminado.  Completo.  And on to the next adventure…

We haven’t been up to much the last couple of days.  After getting back from la Ciudad Perdida on Saturday, we showered then headed out for pizza with Daniela’s family.  Sunday was spent resting, for the morning, and posting an obscene number of blog posts (that part may have come across…).  In the afternoon I headed out into the storm to go for a walk through Rodadero, along the beach, and to eventually find myself drinking an excellent coffee at Juan Valdez.  That coffee was so good, I started getting emotional.  Too much Colombia!

After a couple of hours enjoying my wet clothes (!), my book, and the raucous noises of birds overhead, I headed back to the house, where we were awaiting Daniela’s dad.  You see, the Dutchie was still feeling poorly, and needed to go the doctor.  In the end, they didn’t get back until something like 1:30 in the morning.  Meanwhile, Daniela’s mum and I watched some overly violent films, and she put up with my pidjin Spanish.

Today was all about Santa Marta, as we headed into town to look for some books.  I’ve wound up with another of Roald Dahl’s books in Spanish–I’m acquiring quite the collection.  Our adventures took us to a delightful vegetarian restaurant, and to the public market just south-east of the main centre of town.  Here it was a bit more flavoursome, with more dirt, more smells, more people.  Slabs of meat hung or sat on tables, a dog may or may not have been dead on the floor, the overwhelming stench of fish and sweat pervaded, and we wandered through sections from shoes to books.  It felt pretty real.  And, of course, people continued to help us all the time, offering directions, making sure we knew where we were, and asking if we wanted to buy water/bus tickets/a new soul (okay, so these last may have been sales pitches).

That more-or-less brings us to now, and this bus, and my 3.5 hours’ sleep, and being hungry, and consistent elbowings from Anouk. But only two hours to go.

From the sea to the sky
The Lost City: Descent