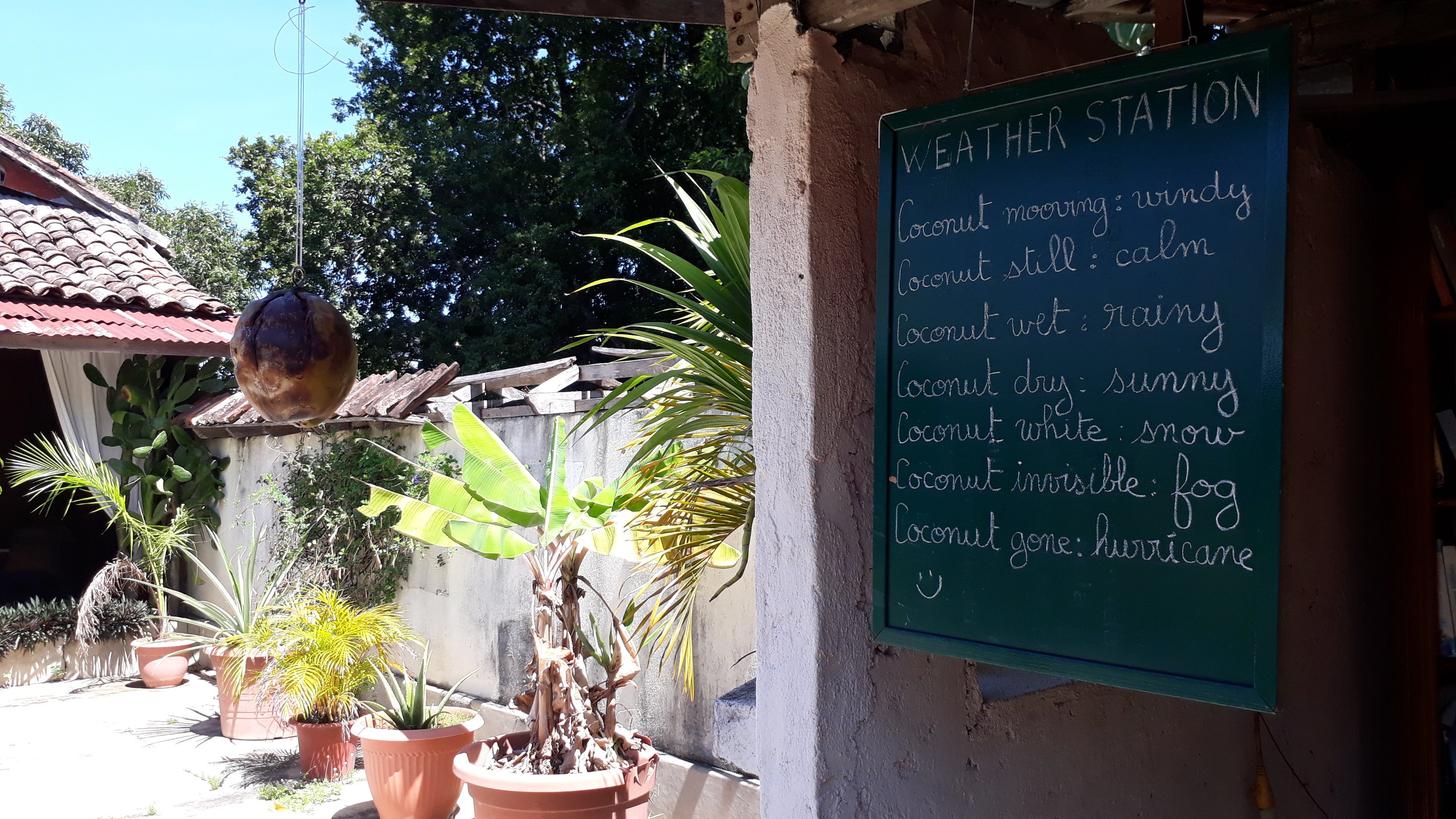 On my last morning in Brussels, my friend Anouk’s mum asked me what my plans were for the upcoming months.  I said that I was planning on going to Costa Rica and Colombia on my way back to Brussels, and Anouk—henceforth ‘the Dutchie’—said she’d like to go to Costa Rica.  I asked her why didn’t she come with?—and now, we’re in Costa Rica.  Specifically, I’m sitting on the bed watching the tropical rain on the jungle, out of our full-width window in Monteverde.  But we’ll get to that.

July 26 lasted far longer than it really had any right to.  It began when my alarm went off at 04:30am, in Melbourne, Australia.  It then continued as I boarded my flight to LA at 9am, and continued continuing on as I crossed the international date line at around midnight Australia time.  Somebody else can do the math, but I’m calling the 26th a 48-hour day.

I landed in LA at around 6am local time, then going through customs (ugh), and boarding another flight, to Houston Texas.  Anouk, flying from the opposite direction, had already landed—and so naturally we headed straight for cocktails in the airport while awaiting the last leg of flights.

Finally, we flew into Liberia, in the north of Costa Rica, where my jeans—suitable for the early hours of a Melbourne winter—were massive overkill for the humid, sticky evening.  And then I got to use my (read: mangle my) Spanish!  First in customs, and then with the driver, who was waiting to take us to our hostel (Hostel Dodero, ~$13USD a night for a private room).  Jose, as just about every guy we’ve met so far is called, told us that we’d come to Liberia at the right time, as there was a festival going on that celebrated its independence.  To be fair, though, after 30ish hours of travel, bed was looking far more likely…!

At long last, a day that wasn’t July 26 dawned, and it was time to start exploring.  After wandering around and applying some apparently ineffective map-reading skills for a while, we found ourselves at a hacienda-style and very fancy lodge, traipsing into its central courtyard.  Our coffee spot (well, my coffee spot) for the morning had been discovered.

This particular place also had a brilliant map of Liberia and Costa Rica, so we grabbed a copy and started drawing all over it, marking on the places that people had recommended we visit.  That was about enough work for the morning, though, so we found a beauty parlour, because after that much flying, who doesn’t deserve a massage?!?  While Anouk was getting hers, I went in search of water, and I had the most ridiculous Costa Rican pick-up to date (as after all, it’s a constant barrage).  This guy as I was crossing the courtyard yells out “Hola!  Baby!  BABY!!!!!”.  It reminded me as nothing so much as this scene from Hot Rod:

Next up we headed for the place where the festival was being held, traipsing down the street.  We passed a gentleman selling hats and things at one point, and after he noticed us, announced on his megaphone in Spanish “LOOK AT THE TOURISTS!!!”.  Monkey at a zoo, much?

On the way to the fairground, I happened to see something I’d previously only encountered in pop culture: a Walmart.  My very first Walmart!!  It turns out, they’re real.

Finally we made it to the fair ground, only to find that it was essentially empty but for us—it turns out that the middle of the afternoon on a work-day isn’t that great for attendance.  But by this stage we were fairly ravenous, so wandered around looking for something vegetarian for me to eat, finally winding up at a tent which served traditional Costa Rican casados.  I had basically a big plate of rice, beans, fruit, salad, and plantain, and this delicious green concoction of some kind (I literally said to the lady that I’d have what the person what the person was having, minus the meat, and “a cup of green, please”.)  Anouk had pretty much the same, but significantly meatier (which in no way contrasted with the way she’d just been fawning over some calves at the fair), and with a lot less green.

After taking a look at all the animals, including some big white cows with saggy pug necks and huge floppy rabbit ears, we decided it was time to make homage to global capitalist forces, and visit our exploitative overlords at Walmart.  Also, we had time to kill, as there would be a bull-riding event—but not til the evening.

In Walmart, I saw some jelly with fruit in it that I just had to have, which led in turn to an extended mission trying to find and buy a single spoon.  I mean, I guess it’s not the most epic travel adventure I’ve ever been part of…!

We got back to the fair at around 18:25, with the bull riding due to start at 19:00.  Of course, what we hadn’t taken into account (and probably wouldn’t have in either event, given how tired we were) was that we were operating with Costa Rican units of time, here.  So while we sat and waited in the arena pretty much immediately, 19:00 came and went, with the stadium still mostly empty, and no bulls to speak of.  At around 19:45, some horse riders came out and started prancing around; at around 20:30 they started competing by trying to go as quickly around barrels as they could.  I kept asking Anouk questions, like “why are the horses’ tails so short”, which I felt was fair—and after a few of these, she turned to me and asked with a tone of complete astonishment, “have you never been to a rodeo before?!?!”—as if going to a rodeo was a perfectly normal thing to do.

The horses were pretty cool, though I must say, there was one stage in the competition when an 8yo fell off his horse going around a barrel and got a bit trampled.  It was awful.  He was okay, but my god, totally horrendous thing to see.  (The Dutchie would like me to add that the sport in question is called barrel racing.  How literal.  Did an Australian name it, or something?!)

At perhaps 20:45—yes, some serious sunk cost fallacy had kicked in—the bull riders appeared, and underwent a lengthy rider-by-rider introduction.  Just ride the damn bulls already!  Meanwhile, videos of previous bull riding events were showing on-screen, and I was feeling less and less convinced by the idea.  Anouk pointed out that even if the bulls are…bullied…in the end, the rider gets thrown off: the bull always wins.

Finally, the big video screens above the ground showed a bull rider getting ready on the bull, for maybe 10-15 minutes.  Then he decided to get up, and get off the bull, and another one replaced him, and then warmed up the bull again.  Again.

Finally (part dos), the first bull was ridden.  I’d never seen it before, and couldn’t help but think of what the taxi driver had said the previous evening—that in Costa Rica, they just ride the bulls, not fight them like in Spain, as the latter was inhumane.  To be honest, I wasn’t at all impressed.  While I’ll grant that seeing the second bull-rider (we stayed for three) stay on rendered him about 1000x more attractive, It was ghastly watching them ‘warm up’ the bull by taunting it, making it feel trapped and controlled, and then seeing the bull being forced back into the gate against its will after it had all happened.  I don’t see how anybody could call it humane.  Primal, maybe—but not anything I could possibly condone.

By this point, it was definitely bedtime, and so we headed to the front of the fairground to try to grab a bus.  I asked a girl who was waiting at the stop if she knew when the next bus would be, and she said an hour, mas o menos.  Dios mio, I don’t think so.  One of the ever-present taxi drivers came over, though, and quoted us 3000 colones (around $5.5USD).  3000 colones standing between me and bed stood not a snowball’s chance in Costa Rica.  Day one was officially complete: and day two would see even more adventures.

The Dutchie makes a friend

The matadors appear, with some fanfare.
Tamarindo and the Pacific coast
El fin: Gijón