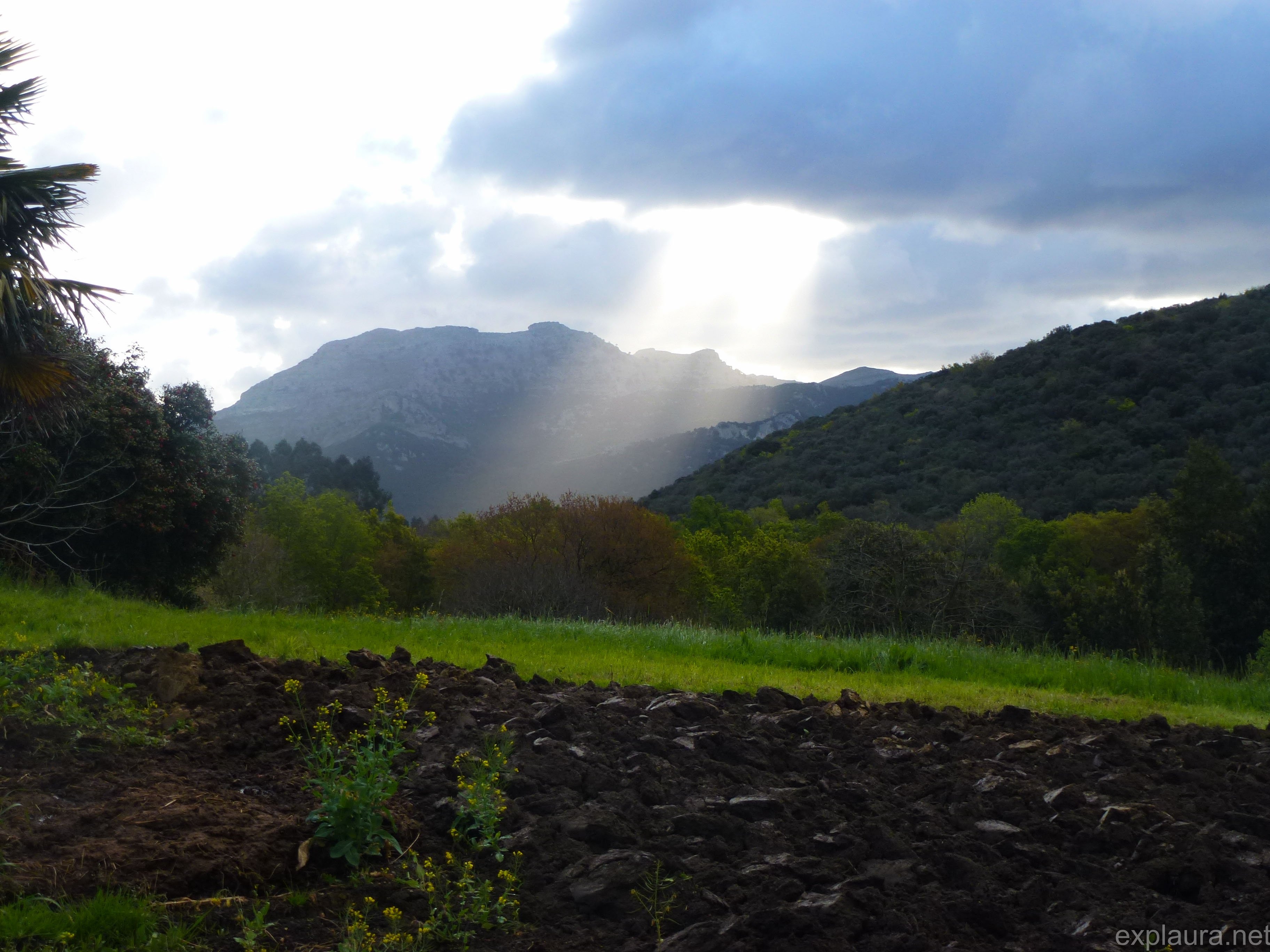 I left Islares at 8am, which was pretty late by my standards at that point.  It was a beautiful morning, though with a rather brisk wind.  It all progressed fairly uneventfully, though, with my biggest adventure being the stress incurred when I was unable to find a coffee.  Coffee was needed.  Oh, was it needed.

I eventually reached Rioseco, which my two apps had promised me had a bar.  However, it was rather devastatingly closed.  This led to my asking a little old lady if there was somewhere nearby which could help out a desperate coffee-drinker, and after a solid chat, she sent me onwards.  I was to go past the ‘rotunda’ and find…something else.  As it turned out, this led me straight to El Pontarron, a small town.

After a coffee and a tortilla…and then another tortilla (I went a little tortilla-crazy), I asked directions to the pharmacy.  Which, as it turns out, was 5 metres away.  Observation skills = zero.

I went in to buy some voltaren for my still-painful legs, and new bandaids for my extremely blistered feet.  I also asked whether they had some zinc or something, as by this point the tips of my ears were outrageously burned.  The pharmacist looked me up and down, grabs something off the shelf, and says “for your skin, I think you need this”.  It was SPF 100+ sunscreen.  I mean, I’m pasty, but really?!

Shortly after setting out once more, I bumped into a Swedish family I’d first met at Bide Ona, as well as Kieran Perkins, and an extremely condescending German/Austrian guy.  They were going very slowly, so after a brief chat, I headed onwards up the hill without them.

Near the top of the hill I saw some dogs in a farmyard fighting ferociously, and I was more than glad to see that two of them were tied up, and that there was a fence between me and the others.  So I continued walking, annnnd it turned out that the gate was wide open.  Two of these crazy dogs came running out after me, shoulders down, barking, teeth bared, and nipping at my ankles.  I didn’t feel especially safe.  Quite the contrary, to be honest.  One of the dogs was an all-black flopsy half-puppy with huge ears, but was copying the older dog in its rather antisocial attitude.  I love dogs, but I was definitely preparing to sit on these if they actually bit me rather than just nipping the air.

Cresting the hill, I saw a guy in a pick-up, so hailed him.  I think he was a bit confused, to be honest.  But I asked him if he lived in the area, and told him that his neighbour’s dogs were on the road.  He looked duly concerned, and promised to tell the guy.  I then passed the message on to some cyclists going back the way I’d came, and they looked a bit like they were considering turning around.  I know that I wouldn’t want to be a cyclist trying to get past those dogs, they were scary without being on a bike!

After a beautiful valley and another hill, I reached an albergue, just as it was all getting a bit too much.  It wasn’t where I’d been planning to spend the night, but I was pretty tired and sore from the day before.  As the gate was locked, I looked up the albergue on my phone and tried to give them a call, but to no avail.  A neighbour stopped and said to call them, but found the same.  He then called the guy’s wife, and soon enough, I was inside—and I had the place all to myself!

The hostel, Albergue de Peregrinos La Encina, was absolutely beautiful.  It had lush gardens and was surrounded by mountains.  I spent the afternoon lying on a yoga mat in the sun, reading a book—life’s hard, no?

This place also prepared dinner, and I had a hearty salad for dinner.  Oddly, the vegetarian salads in Spain often come with tuna on top, because tuna isn’t meat—and nor is it a fish.  Inexplicably.

This old lady was bad-ass: she was cycling along in the heat in a full woollen suit.

The view from my amazing hostel.
Americanos: Tarrueza to San Miguel Meruelo and Santander
Italianos: Portugalete to Islares