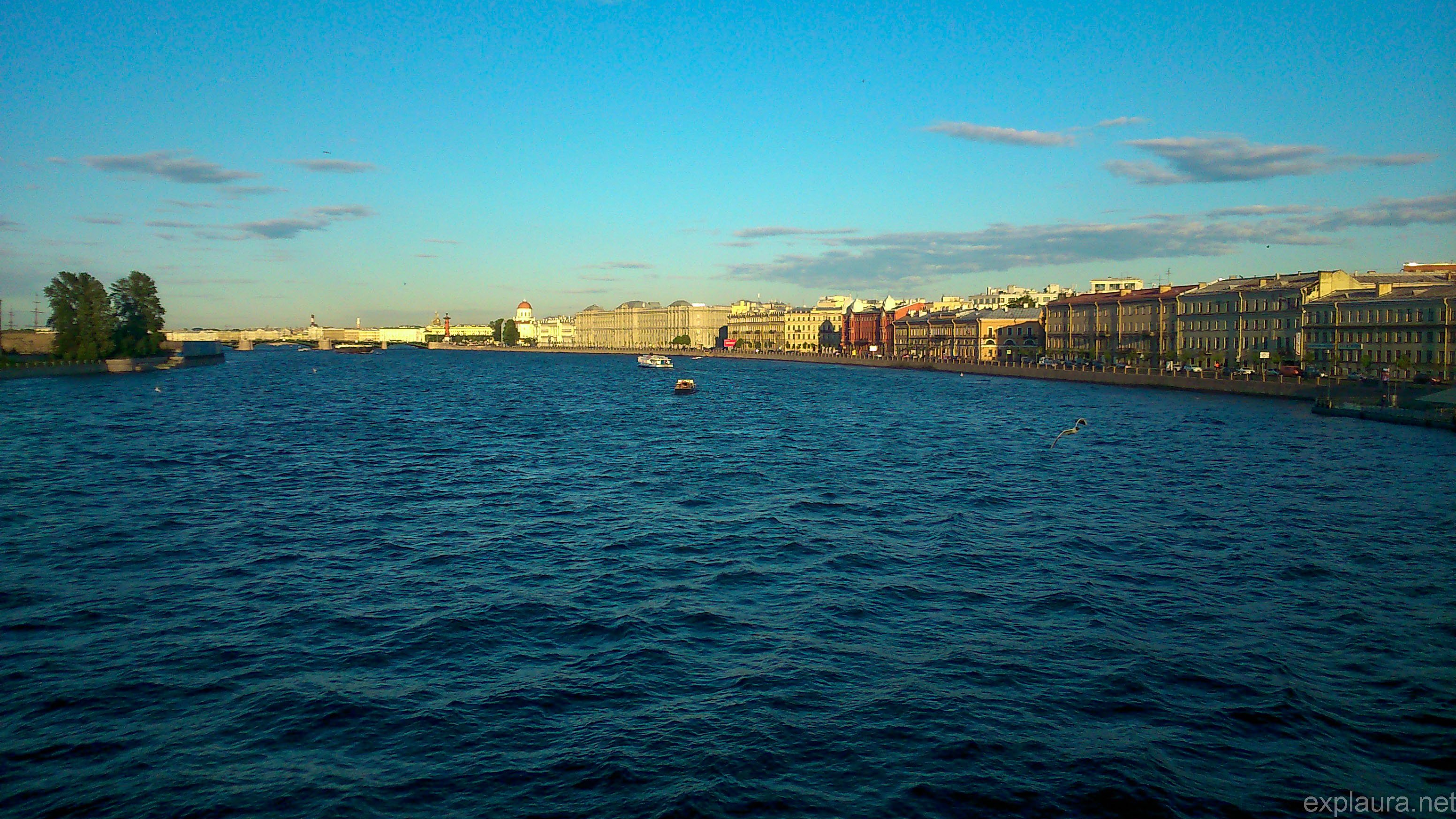 Well here I am, back in vertical Germany, and finally starting to catch up on my Russia posts.  Needless to say, they’re completely out of order—but what are you going to do about it?!

Staying with Naz reminded me of all the little details about life in Russia.  She and her Belorussian bf live in an old Soviet apartment, in the Primorskiy District—partly developed, but still quite old.  There’s this ubiquitous grime covering everything, as though you’re seeing the world through a faint coffee stain.  There are the little old ladies selling flowers, the stalls with baked goods at the start of the day, the fruits and vegetables being hawked, and people wearing loudspeakers which broadcast ads at you, while their wearers bear indifferent faces.

After walking past the crying sounds of a harmonica one day, we got on the marshrutka (bus) to head into town—only to be greeted with a mouth full of gold teeth.  Not that the driver was smiling.  I think his teeth were just uncomfortable, meaning his mouth had to be propped open.  He then took us on quite the adventure—I’ve never been on a bus which did a u-turn in the middle of the street before!

It’s always quite interesting to have Naz’s South African perspective to be honest.  She describes Russia, even the cities (themselves a world away from the rest of the country), as being like the undeveloped parts of South Africa, or akin to the more dilapidated and uncared-for cities.  We started talking about different countries’ equivalents of bogans, about the trashy clothes, the bad hair, the grab and run attitude that you can’t go a day without seeing in Russia.  Incidentally, at this point I think I have to establish some kind of bogan scale, because nobody ever knows what the hell I’m talking about.  Basically, ‘bogan’ is Australian for a non-violent, opinionated person of typically low education or socio-economic status.  But I’m an idiot and didn’t make this graph 3d in order to incorporate opinions:

On a very much related note, someone peed in the lift to Naz’s flat.  The only way into the building, and someone decided it would serve better as a urinal.  And not even once, but multiple times in the week!  Eventually someone cracked and wrote “НЕ ПИСАЙТЕ В ЛИФТЕ!”, “don’t piss in the lift!”.  The next day, someone had rubbed out the не/don’t.  Next step in the battle was someone rewriting in the не, and also adding the same text in bright red on the other wall of the lift.  Who the fuck has a piss-battle over a lift?!

Anyhoo.  One of the few inconveniences associated with living in Russia is the fact that the water gets turned off in summer.  Usually just the hot water, though it could go either way.  And we’re not talking about an especially balmy country here—there are no palm fronds in sight.  Of course, the most inconvenient part is the fact that you’re not told when the water will be turned off, nor how long it will be turned off for.  Usually it’s a few weeks to just over a month, but it could really be any time.  And we don’t understand why—it’s not like other far-northern countries do this, though the Russian explanation seems to be something to do with checking the pipes.  How and what and why?!  Either way, it led to our  spending a couple of hours each day heating pots of water on the (ineffective) stove, then sploshing around in the bath scooping water over ourselves.

On one occasion Naz and I decided to go in search of a hairdresser, because washing your hair takes a fair bit of water, and doing it with freezing cold water isn’t that much fun.  After rather a number of hairdressers, we eventually found one that would wash our hair for under 1000 rubles (total rip-off), and who would let us go into the street with wet hair (though they thought we were crazy).  They were lovely, though Naz’s hairdresser was apparently pretty fond of booze, and smelled it.  Professionalism ftw!

I’m going to skip talking about dill and my hatred of it for the nth time, because it can really be summarised with (a) I hate dill (b) I always request ‘no dill’ (c) food always arrives with goddamn dill.  DILL IS DISGUSTING.

As mentioned in my post ‘Вернуться‘, I bumped into one of the managers of the brilliant Eclectic Translations in a book-store in Piter.  Eclectic is the company that did the English subtitles for Leviathan, the Yolki films, and a bazillion more—they’re brilliant.  Anyway I went to ‘Trannie’ (Translator) Tuesdays at their in-house bar a couple of times while in St Petersburg and had a fairly brilliant time drinking far too much wine.  The first time I went, I got rather unplannedly tipsy, and pretty much announced as much when walking in the door at Naz’s apartment.  She’d been expecting me, so had had water heating up on the stove for my bath.  I therefore found myself, post-vodka, sitting in an old rusty Soviet bath, washing myself in an inch or so of water, and happy as Larry.  Really all I needed was a rubber duck to complete the scene.  Naz then proceeded to take the piss out of everything, to my hysterical reaction.  My favourite line was “Fuck Zurich; I’ve never been to Switzerland, but I don’t think I like it.  Zurich poo-rich”.  Yup; much maturity was had.

I did learn one thing of particular interest, in relation to Russian border security.  One of Naz’s friends was due to come in on a cruise ship, and generally customers on a cruise apparently don’t need visas, as they are under the ‘captain’s cloak’ (ie the captain’s authority).  Not for Russia, though.  Recently the country decided to withdraw that privilege, in a fairly unprecedented (from what I gather) fashion.  So now there was a big ship full of people stuck in port.  However, in Russia there’s always a way, always a rule to be broken, always a way around.  In this case, passengers were told that as long as they booked a particular tour with a particular company (at an exorbitant price, no less), they could enter St Petersburg.  You couldn’t pay directly, though—you had to pay in euro, to a bank account in Norway.  Not sketchy.  Not sketchy at all.  (Russia never is.)