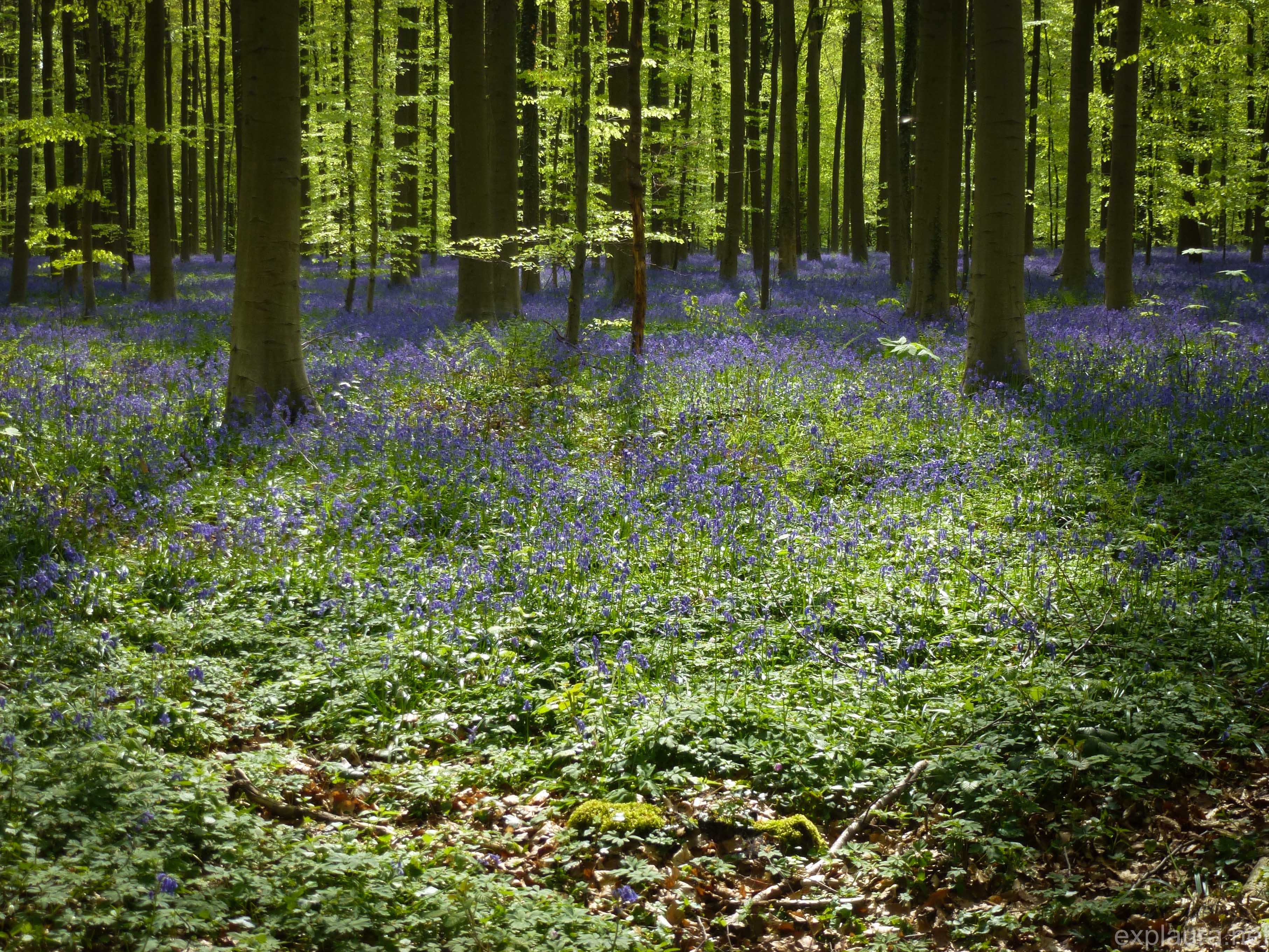 It’s been a while—I’ve been extremely busy writing papers and having fun.  It’s a hard life, right?  Seriously though, working on my papers has been fascinating (though sitting on my ass in front of a screen all day every day is not what I am built for), and I’ve been having a lot of adventures while doing it.  And quite a lot of pancakes, actually.

The past couple of weeks in particular have been sheer insanity, with just so, so, so much going on my personal life.  On the upside, this has been interspersed with some incredibly colourful experiences—namely, the green of the Zonienwoud, the orange of Amsterdam for the king’s birthday celebrations, and the brilliant purple of the bluebells in Hallerbos forest.

The Zonienwoud is only around 45 minutes’ walk from my house (which I still freaking love and adore), so I like to go hiking there occasionally.  On this particular occasion there was an event on, with world music installations set up on officially designated hikes.  It was a bit of a damp day to be honest, but it was lovely to see all of the green bursting through—spring has finally arrived!

I was sitting and doing some research for my papers, when suddenly an item from Nat Geo Travel popped up on facebook.  It was about mad world festivals, one of which just happened  to be in Amsterdam, and just happened to be happening three days later.  I immediately jumped on messenger and asked who else was keen for a break, and I’m pretty sure I sold it to Ciara with “Dutch men are tall and have good bone structure”.  And we were off!

We used blablacar ride sharing to get to Utrecht in the Netherlands, with a German hockey player who was an *extremely* efficient driver.  We then caught the train to Amsterdam in an absolutely packed carriage, full of people wearing bright orange.  The festival was Koningsdag—King’s Day—and seemingly the entire population of the Netherlands turned up in Amsterdam wearing orange to celebrate.  It was quite bizarre, actually—you don’t really think of Dutch people as wearing bright colours and getting wasted in the streets.  Stereotypes?  You betcha.

We spent the day walking around the city, having the occasional drink, and going on an epic quest to find a Japanese restaurant which served ramen.  It was Ciara’s first time in Amsterdam—and after all, why not travel more than 400km to spend 6 hours in a city?  We were really lucky in that it was an absolutely beautiful day, though we were altogether wrecked by the end of it.  We made some unintentional friends on the street and in bathroom lines (one guy kindly leaving a trail of saliva on the back of my hand—cheers, mate), and stopped to taste things everywhere.  The streets were full of people and food stalls, and so we basically had to try all of them.  There is a surprising amount of delicious Vietnamese food in Amsterdam.  Another highlight (?) was a bloody mary stall, where the guy making the drinks was very clearly wasted.  To the point where he forgot to put vodka in, which is kind of the point.  Eugh so we went back and asked him to add it, and actually the drink was so gross that we didn’t make it through even half of the cup before having to throw it out.  That’s right, it was bad enough that even students wouldn’t finish it.  Yuck!

I hadn’t booked my trip back from A’dam, as I was leaving my options open—to stay the night, or head back that evening?  In the end though, 6 hours of walking, sunshine and drinks had pretty much ruined me, so we tootled off to the train station and hopped it back home to Brussels.  Such a good break from study!

By the late afternoon, all of the streets looked like this.

Just a bit of street-drinking

Need to stock up on some orange?

The boats start getting more serious.

On the train back to Brussels – two tired but happy girls!

I got to use one of the two Dutch words I know – opblaaskrokodil (infalatable crocodile)!

It was hilarious to see all of the drunk people ducking under bridges as they cruised around.

Pitbull on a boat.

This guy signed himself up to have eggs thrown at his head all day. He was not happy.

One of the first boats of the day.

Found the king!! Oh but wait.

There’s a lovely Canadian girl on my course, Katie, who’d mentioned some kind of ‘purple forest’ in passing.  I’m always down for forests, so asked about it.  As it turns out, this forest is blanketed with bluebells which bloom for one week each year—and that week turned out to be last week.  As such we got up at a ridiculous hour (for students, anyway) and caught the train out there.  We then spent a couple of hours meandering through the purple woods, not making much progress given that we stopped every three seconds to take photos.  It was absolutely stunning, and definitely something to check out if you’re ever near Brussels toward the end of April.

In writing-related news, you may not have seen that my friend Sorin and I are currently putting together an anthology in memory of Terry Pratchett, with all funds raised going to Alzheimer’s Research UK.  If you’re interested (or know someone who would be), submission are still open—details are at www.explaura.net/call-for-submissions/.  And in other other news, I’ve written another review for the Piece of Shit Book Club, and it will be going live this Sunday.  This time, the book was about the spiritual repercussions of twerking, and I talk about my ass a lot.

I’ve got another big ten days ahead, as I’ve got an exam, work to catch up on, and a PhD to copy-edit.  But then I go to Moscow.  Oh yeah.  Russia, get ready for me!