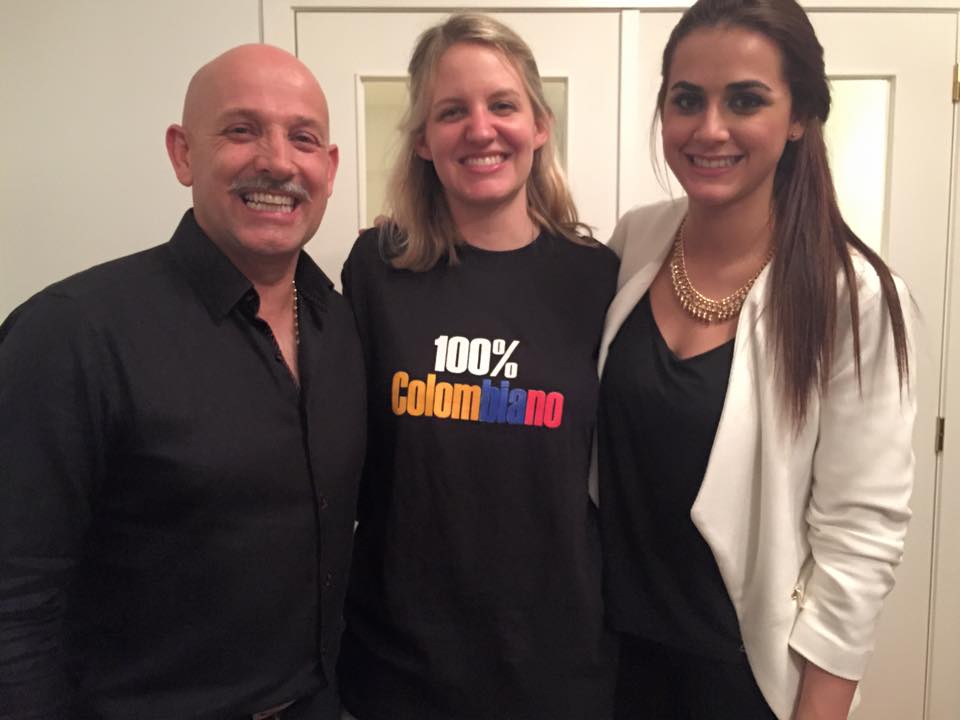 I received one of the greatest compliments of my life the other week.  It was, naturally, at the hands (voicebox?) of a Colombian.

I’ve said before how much I love Colombians [eg here and here; Colombia blog posts].  I admire them for so many reasons: their friendliness, their hospitality, their passion, their overwhelming loveliness.  I feel like, with Colombians, you can walk around with your heart out, and nobody’s going to trample on you.  It’s honestly a great way to be.

As such, you can imagine how I felt when after a night drinking, two of my Colombian friends here said I was Colombian on the inside, that I was their “white Colombian”.  This has even persisted into sobriety!

Last Friday night we had a ‘Colombian dinner’, which I didn’t end up leaving until well after five in the morning.  My friend Sandra’s dad gave the most beautiful speech. welcoming me and us to their family.  He also told me, more personally, how hard they find life here.  Belgian culture is not at all that of Colombia.   It’s not that of many countries—I had a late-night conversation with one American guy, who told me thankfully how nice it was to speak to a ‘normal’ person.  Because a lot of non-Europeans find it hard here.  Hard and cold.

This perception is, of course, not limited to Colombians and Americans.  Even my housemate Mr Belgium has commented before how difficult he finds things here, and that most of his good friends are ex-pats, as he finds the people of his own country too cold and too difficult to get to know.  I’ve had a lot of conversations with a lot of people from different places, and when they drink enough wine they all start saying the same thing—Brussels is a very lonely  place.  A very meaningful one, sure—granted, there are some people here to be career bureaucrats, but a lot of people want things like ‘world peace’ and a resolution to climate change.  But, as one girl said to me in a bar recently, “people’s careers won’t keep them warm at night”.  And given how difficult it is to meet open-hearted people here, it’s only our careers that we have.  No wonder so many people here seem so sad.