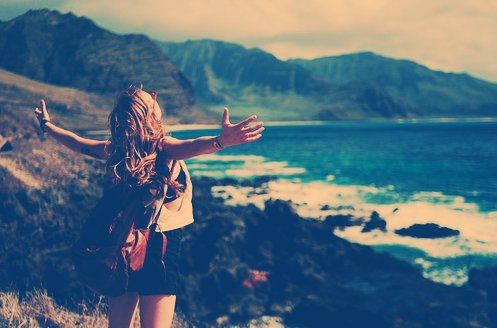 This is not going to be a jolly sort of post.  I’m also going to include a trigger warning.

It’s freaking 2am again, and I can’t stop thinking about an email I received two days ago.  I’ve been tossing and turning, needing to write about it, so figured I’d give up on sleep until it was done.

The email in question was from a book reviewer, who was requesting a copy of Pickles and Ponies to review.  He also mentioned that he’s compiled a book of reviews, and would appreciate my review of that in turn.  This is the pertinent part of my reply:

“Dear [Author], I downloaded and started reading your book this morning, and it was hilarious (though I’m concerned for your rage levels!) – right up until I reached the point where you said you hoped a 10-yo boy got raped.  Wtf is that?!  I mean seriously.  Rape jokes absolutely sicken me.”

“I’m sorry, but that stupid kid in The Wasp Factory needed to be raped. Okay, rape jokes aren’t funny to those who’ve been raped, or to those who even know someone who’s been raped. I know this. But that kid needed to get raped, goddamnit. He was a filthy murderer. And he bored me to tears. And yes, rape jokes crack me the fuck up, even though I know it’s insensitive. But I really don’t care.”

…what a piece of shit, right?!

I once had a conversation with a friend where I pulled him up on his use of rape jokes.  I pointed out that they affect those who have been assaulted, they’re not funny, and they enable, you know, rapists.  Because it’s all in good fun, right?

Okay, seriously—last chance to turn back.  Things are only going to go downhill from here.

All right.  So I’ve alluded to it quite a few times (eg here), but fact of the matter is, I was raped by one of my best friends when I was 19.  And I don’t find these jokes funny at all.  And despite the red pill misogynistic bullshit which is associated with the word ‘trigger’, you know what?  People can be triggered.  And even if those millions of men and women who have been sexually assaulted and raped don’t suffer from post-traumatic stress disorder and aren’t triggered by your ‘jokes’, you’re still fucking making light of the terrible things they’ve been through.  That’s sick.  It’s messed up.  It is not the fuck okay.

I’ve mentioned it before, but 1 in 3 Australian girls is sexually assaulted by the time she’s 18.  I don’t know the figures for other countries, but that is a lot.  That’s not funny.

What is not hilarious is what I have to go through every day.  Honestly, the number of times I’ve wished I could just go back in time and not live through it—that’s how difficult this is.  You feel dirtied and broken and like it’s your fault.  The people I grew up with told me not to tell others, because I shouldn’t upset them.  I’m still incapable of having a normal relationship, or even of picking up, because it is terrifying.  One of the many of the ‘worst things’ of the whole situation was the way the guy was looking at me: adoringly, obsessively, like he cared about me.  Now, if a guy gets all googly-eyed, like he likes me, I feel panic.  I want to run away.  I do run away.  I leave the city, leave the state, leave the country.  Because this is something I associate with fear.  And yes, yes I’ve had therapy.

What else?  Well, there’s the part which a lot of people go through, where you start binging on self-destruction, drinking or drugs or whatever, sightlessly hooking up with anybody—because if it doesn’t mean anything, then what they did to you doesn’t matter.  It can all be undone.

There’s the part where, even if you’re with someone you trust, something you can’t even define happens, and you’re instantly back there—you’re terrified, you don’t know where you are or who you’re with, and you’re trapped in this experience from which there’s no escape.  And you feel like a fucking crazy person, and on top of that, you feel bad for inconveniencing whomever you’re with.  It’s even more fun when they treat you like you’re making things up (“but were you really raped?  like [description]?”), or you should magically be over it, or like you have any control at all over what you’re going through.

There’s the part where, because you can’t handle these ‘nice guys’ who are into you, you instead date a string of cheating douchebags—whoohoo for avoidant behaviour!

There’s the part where you’ll be out with friends and they’ll joke that you should make out with whichever guy, and all you can feel is terror and loss of control.  Needless to say, I address this with friends, ie to never joke about or pressure me into hooking up with anybody.  It’s pretty great not being able to have the love/sex life you want, because it’s simultaneously the most terrifying thing you can think of.  Add in a couple of assaults and guys who don’t understand “no” on top of all of the former, and really, it’s a fucking struggle to keep going and not give up.

None of this is funny to me.  It’s pretty much the exact opposite of funny.  And then when I think of the statistically hundreds of millions of men and women who have been and continue to go through all of this, it just makes me so sad.  It’s not even slightly okay to me that rape or assault is something that somebody would joke about, or something they could say somebody ‘deserved’.

Okay, I think I’m all written out enough to sleep now.  But please oh please, next time you hear someone who thinks that our experiences are hilarious and should be repeated, pull them up on it.  Because rape jokes Are Not Funny.

Excellent argument at this link.