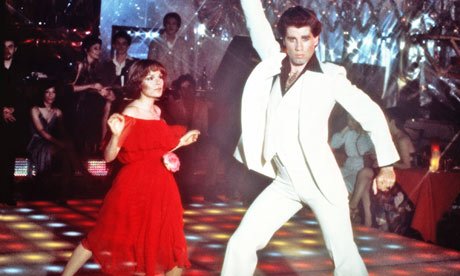 Every year, Belgium decides to do something a little crazy (for Belgium), and has an event where its major museums are open from 7pm until one in the morning.  And then there’s an afterparty.  Because what are museums without a party?

After someone from uni asked me what the hell was going on, and did I know when/where people were meeting, I made a half-assed effort to arrange for us to all get together.  Then it turned out that everybody else wanted to go to BOZAR, the fine arts museum—and as we’ve seen before, I hate fine art.  Sooo instead I messaged Oz’s Russian-American friend Masha, who I’d met the night before.  As it turns out, she and some of her colleagues were going to the natural history museum, which is exactly where I  wanted to go.  Result!

A little while later, I was happily waiting beneath a giant dinosaur statue with a big pink cone.

The museum was fricking awesome.  Walking in, we passed a band then headed downstairs to the dinosaur exhibit.  It was interactive and just super, super cool.  Anyone who comes to Brussels definitely has to check it out!

Next we headed upstairs to the evolution exhibit, where we got involved in a science play sort-of-thing.  We were wandering again, looking at the awesome exhibits (including one performance artist who was pretending to be a bird—weirder even than it sounds), when Masha’s colleague Manon paused thoughtfully.  “I wonder where all the animals come from?” she asked, questioningly.  Naturally, I provided an appropriate answer: “well, when a mummy animal and a daddy animal love each other very much..”.  Apparently that’s not what she meant?  Go figure!

After a stop at the crustacean/arthropod section, we were getting pretty munchy.  There were 23 museums open for the evening and we definitely wanted to see more (a lot more!), but one of the girls wasn’t down with walking, which limited our options somewhat.  So we jumped onto the shuttle bus to the military museum stop, and scurried off to find some food.

At this point Ciara from my course texted that the fine arts museum was terrifying and going to give her nightmares, so I told her where we were and she joined us.  This turns out to have been an excellent choice, as our next stop was Autoworld, and we both get lady-boners for beautiful cars.  TMI?  Don’t even care.

I was again reminded of Tintin… can’t imagine why!

These bikes reminded me of Tintin!

Practical place for a mirror?

View of part of the first floor

How adorable is this gas pump?

Our next museum was just around the corner—Musee du Cinquantenaire.  By this point it was pretty much just Masha, Manon, Ciara and myself—the others were quickly falling by the way-side.  So we went into this museum and walked into the first exhibit, which turned out to be about the Lascaux Caves in France.  These caves are full of paleolithic paintings, and the exhibit included re-creations.  You walk into this big dark tunnel, and it has the paintings re-created on the walls and lit up with subtle spot-lighting.  It honestly gave me chills.  Seeing these paintings, even the re-creations of them, it felt like people from 17000 years ago were talking to me.  And I guess what makes it weirder is the fact that these people lived in such a different world to us: other exhibits included skeletons of the animals they lived with—ancient bison, cave lions, and mammoths.  I guess I get a similar feeling around dinosaurs—these were creatures who lived on the same planet as us, but were so wildly different that they don’t even seem real.  It blows my mind.  But then you’ve got these paleolithic paintings, and rather than the animals (ie people) being different, it’s just the world around us.  I mean, you can emote with these people, they’re not so different to us; they’ve got the same concerns and basic desires.  And this was them involuntarily talking to us across an almost unimaginably long period of human history.  Weird.

We remaining four were keen to try and make it to a fourth museum, so ran after a shuttle and jumped aboard.  Our goal was Cinematek, the visual arts museum.  Unfortunately we didn’t arrive at the appropriate stop until five to one, so it was pretty much game over.  Ciara headed home, and we listened to a DJ who was performing outside.  And Masha and I bought some waffles!  My first Belgian waffle!!  Finally!!!  (Side-note: I officially don’t like waffles.)

Masha was the only one with a ticket to the official after-party, and Manon had to head home.  However, someone somewhere on the internet had sent me an invitation to a ‘Secret Nights’ party being held in a private members club (I was actually suspicious it was a swinger’s party, and in this case I’m talking about the type with keys), and it was just up the road.  Haha we’d had a conversation on the bus with Masha talking about the after-party, and the other two were dissembling.  Meanwhile she looked at me and said “well, Australia‘s coming”.  I replied with “Australia’s not even going to argue.  She knows it’s happening.”  So I was clearly in!

Following the little blue dot on google maps, we eventually found the entrance to the party.  And it was fancy.  Really fancy.  Guys were all in suits (boo), and girls were in shiny dresses, full make-up, and big pointy shoes.  Um, so I was in a singlet and jeans, pony-tail, and no make-up as usual.  Hmmm.  But Masha reckoned we could blag the dress code, and we walked past the be-penguin-suited bouncers, strode up the candle-lined red carpet, and walked in the front door.

We’re in line at the front desk, and Masha is arranging her shawl around my shoulders and offering me her lipstick.  Then somehow, miraculously (and 15 euro shorter), we’re in!

We ditch our coats, bags, and my big-ass headphones, and line up to buy drink tokens.  One token is three euro.  One vodka is three tokens.  Yeah, we weren’t going to be drinking a lot!

Either way, we headed downstairs, bought our one drink, and threw ourselves onto the dance floor.  A solid dance later, we went upstairs to find a bathroom, and the desk lady saw us and started laughing.  We were sweaty and bright red, because we take our dancing seriously, dammit!!  Haha though Masha was outraged that she’d come all the way from the States, just to dance to American music.  I pointed out that at least it was recent American music—the further east you go in Europe, the further back in time.  I don’t even understand.

There were, as usual, some incredibly hot Euro men at the event.  And a couple of creeps, including one way older guy who was gazing at me as we danced on the stage, somewhere between ‘adoringly’ and ‘I’m going to give you a lolly-pop and take you away in my van and you can live safely in my locked house forever‘.  Luckily Masha and I had the girl-defence psychic bond going on, and danced our way away from all would-be interlopers.  Anyhow, as Masha pointed out, so many of the guys here are so crazy hot, but (in her words), SO BORING.  These guys just stand there, looking all serious, like good-looking statues.  I don’t know about you, but I don’t feel any particular desire to talk to beautiful statues.  I mean, that sounds… unusual?

Masha turned 30 yesterday and I do in July, and she therefore pointed out that if we were married with kids (like so many of the people I know!), we wouldn’t be winging our way into clubs to dance our asses off in foreign cities in the middle of the night.  Yup, pretty happy with my life choices.

At around quarter past three Masha couldn’t take anymore, especially given she had to fly back to DC in the morning.  So we walked up the stairs, Masha singing “Titanium” at the top of her lungs and toppling over, while I fell into a giggling pile.  Yup, we were those girls blocking the stairs. And we were sober!  But either way, we said our farewells and I walked home, to get to bed after 4am again.  This is becoming a (most excellent) habit..!