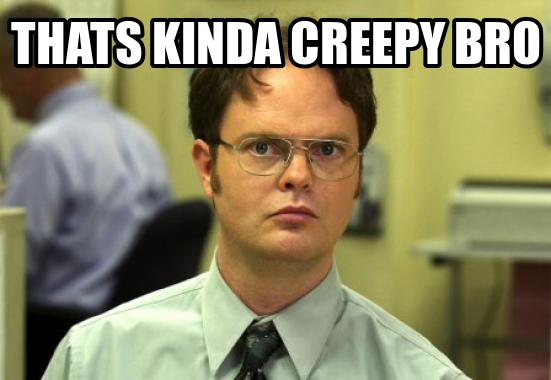 Take Me to Church
Oklahoma City

Sigh.  It’s poem time, guys—and for those who don’t know, ‘tifu’ stands for ‘today I fucked up’.  And I did.  Lesson learned: never ever use your photos from facebook anywhere else.

I decided one day it was finally time,
For a new adventure (which I’ll tell you in rhyme).
After four years of single, and in a new State,
It was once more time to look for a mate.

My horizons had broadened, and I signed up
(though I wish that I hadn’t, had the strength to say ‘nup’)
To online dating – OkCupid to be precise,
How I wish I hadn’t! (It bears saying twice.)

After 48 hours of constant distress –
‘Likes’ and messages, it was a huge mess –
I felt like I was drowning under the tide of desperation,
Too much work responding to would-be flirtation.

So I closed my profile with a great sigh,
And couldn’t care less that I found not a guy.
It was all over – what a relief! –
Then someone hunted me down (oh disbelief!).

It turns out this guy had downloaded my pics,
I don’t know why – perhaps just for kicks?
When he found that my profile was now deleted,
He didn’t stop – oh no, he wasn’t defeated.

Instead he used reverse image search, our Google Overlord –
One of my pics was on fb – I’ve fallen on my sword.
Despite being hidden from all search engines,
It didn’t get in the way of this guy’s intentions.

He’s now tried to add me, and sent me a message,
Of depth and length rather impressive.
It’s left me creeped and invaded – how fantastic!
(And “cos now we’re saying it,” that was sarcastic.)

At least there is ‘block’, and I’ve learned my lesson:
No online dating, no responding – and hopefully no more transgression.

Take Me to Church
Oklahoma City