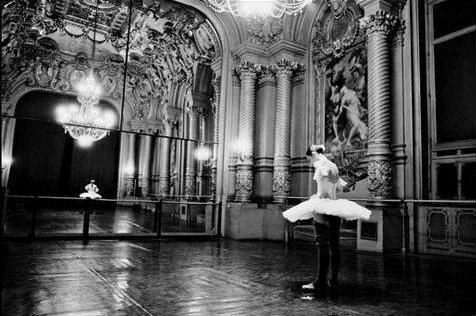 One of my housemates is currently looking for work, and so each morning last week he greeted me with this song, belting out the only words he knew (“take me to church”):

Today it was stuck in my head so I looked up the lyrics, only to find (much to my amusement) that the song isn’t about a religious experience, but instead about sex.  So whenever this guy greets me/anyone with “take me to church”, in the context of the song he’s actually demanding that we immediately make passionate love to him.  Lol.  I think I might not tell him.

I must say, my flatmates are freaking amazing.  I haven’t seen one of them (R/Ms Belgium) in a few days, but the others are always adventuring with me—D (church man/Mr Belgium) has obviously been hanging out with me during the day, and we went missioning on Friday; M (Ms France) and I have been on a few adventures and had some good conversations, and A (Mr France) invited me out on Saturday night (though I didn’t end up going) and is an all-round lovely person.

Apart from that, I really like Belgium, and the little of my course I’ve done so far is thoroughly enjoyable.  I think I said already, but my professors are all adorable, and the course content is obviously fascinating.

I have, however, hit PRIME culture shock as of today.  I mean, Belgians are all freaking lovely, helpful and understanding, and it is a Western country.  But man.  It’s the little things that really get to you: not knowing where to find things (what kind of store sells dressing gowns?), and the supermarket.  Mon dieu (just going to leave that there and set linguistic difficulties aside for the moment)!  I spend at least an hour there every time, figuring out which kind of flour is which, looking for pine-nuts for twenty minutes (what section do they belong in here?), and bloody hell—say I want to shave my legs?  Where the fuck do I buy razor blades?  Aaaagh!  Everything is just slightly wrong, and in many ways it feels like some kind of dementia preview: nothing is as I expect, my routine is off, and I can just barely deal with it.  I haven’t actually cried in the supermarket yet, though it’s been a close thing.  Twice.  The second time today, and the first time the other day when I got to check out, only to find that they didn’t accept my card and I had no cash, so I had to leave all of my groceries behind.  Supermarkets are the worst.

I also know it’s fucking retarded, but I’m already feeling depressed at the thought of leaving.  As an Australian I can’t work for the EU or NATO (not that I give two whits about the latter, but it’s the other major organisation in Brussels so worth mentioning), and generally I’m feeling glum about my prospects for employment and sponsorship.  I’m trying to be positive about this year—it’s a luxury, you know?  Another year in the place I’m meant to be.  But then I’m constantly dragged away from my home and forced back to Australia.

Speaking of Australia and ‘fucking retards’, it has to be mentioned that it is, again, racist bigot/invasion day in Australia.  I awoke to the news that the simian representing us to the world has knighted Prince Phillip.  Eugh.  On so many levels.  He’s so wildly out of touch—what a complete joke!  But as I was cooking dinner just now, I wondered whether perhaps Mr Abbott and I have something in common: he’s clearly in love with the UK and everything it stands for, and apparently living in some kind of delusion where he’s a diligent subject of Her Majesty the Queen.  Maybe when I’m President of Australia, I’ll still be so wildly besotted with Europe that I’ll create my own reality like Abbott’s, and start pledging our allegiance to the EU and knighting residents of Malta or something in hopes that they’ll adopt me as one of their own.  Sigh.

Anyway, I’ve got lots (and lots and lots) more reading to do for the week ahead, so back to it like a good little student for me.