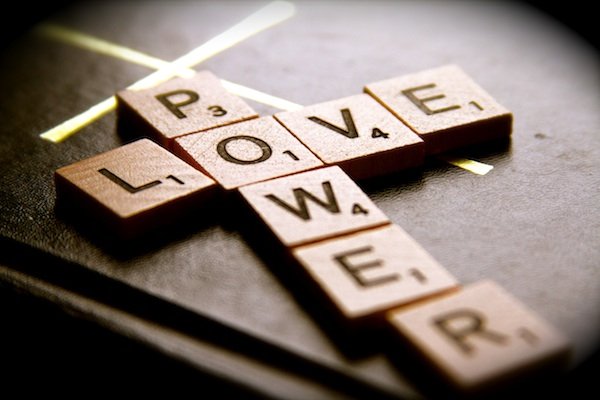 La vie parfaite
Take Me to Church
There’s a famous quote by Oscar Wilde, which says that “Everything in the world is about sex except sex.  Sex is about power.”  I’ve found myself thinking about this, after just now simultaneously having a conversation with Mr Belgium about love and romance, and reading an article on power politics.
There are traditionally three main paradigms of thinking about international politics.  Proponents of these paradigms are known as realists, rationalists and revolutionists (eg Stern), or realists, pluralists, and structuralists (non-English School authors).  Basically, realists believe that international politics are all about states (countries), and each state has the aim of survival.  This survival is assured by seeking power, and therefore domination over other states.  Famous early proponents of this paradigm include Machiavelli with ‘The Prince’, or Hobbes in ‘Leviathan’, where he described the life of man as “nasty, brutish and short”.  In realism, political strategy is like chess, and is often described as a zero-sum game.
Rationalists/pluralists are a bit more liberal.  They don’t think all power relations are about domination and coercion—rather, states can co-operate.  Moreover, states aren’t the only actors—other parties such as multi-nationals operate across borders, and big businesses such as these have to be taken into account: as do things such as a global economy.  So rationalism is more about the stick and the carrot, and states aren’t the only ones with a garden.
Revolutionism is concerned with the system as a whole—so rather than looking just at states or just at bodies who transact across borders, revolutionists look at The Big Picture.  Think Marxism/Leninism, and the idea of the world as a large capitalist economy.  If mention of these two is enough to put you off, then look at it a different way—think about where the rich, liberal, well-resourced countries are, and think about where the poorer countries are.  Think about people travelling from places such as Australia or Western Europe for eg sex tourism (or even just cheap clothes!) in places such as Thailand or Moldova.  There’s a persistent idea of the ‘Global North’ (rich) and ‘Global South’ (poor), with an exploitative relationship between them.  For revolutionists, it’s not about states or people acting across borders, but the whole system which constrains people.  This system can only be over-thrown through revolution (hence the name).
‘So what the hell does this have to do with romance?’ you might be wondering, and rightly so.  Well, I was talking to Mr Belgium about how the world he lives in is so different to mine: whereas I see love and romance as belonging exclusively to fiction, that’s something he actively believes in and seeks.  I see relations as zero-sum—eg, to their gain and my loss—whereas he seems to see it as a positive thing to be sought.  So I’m a hostile state of the Hobbesian system, whereas he’s all about transnationalism and the penetration of state borders, to potentially mutual gains (I grow bananas and you grow grapes; I want grapes and you want bananas; we swap and both have munchies).  Because you see, a lot of politics is based on ideas of economy but also on human psychology.  The idea of ‘nature vs nurture’ comes in even here, with realists seeing power politics and a struggle for (state) survival as natural and inevitable (even if the idea of such makes them miserable—they do the best they can with it), and rationalists seeing it as having elements of nurture (continuing relations or ‘transactions’ on different levels will lead to closeness and less danger).  Don’t you think it’s funny that we categorise countries as having the personality profiles of school bullies vs people who sell chocolates to fund-raise for a school event?
Revolutionists are harder to categorise, as using the last analogy, they’re looking more at the idea of the school itself: what about the school system and how it’s funded and prioritised means that people have to conduct extra fundraising?  Where is the money that could be used for the school event actually going instead?  You can see how Marxism and anarchism come in here.  I guess in a way, social revolutions and eras such as the ‘swinging 60s’ (going to be awkward if it’s actually the 70s and I got the decade wrong) reflect revolutionist views.  Ideas such as ‘free love’ then and ‘polyamory’ now (being in multiple committed relationships concurrently) can be seen to reflect the idea that structures such as monogamy are potentially exploitative power relations, and that structure should be overthrown in order to gain equality and superior outcomes for all.
Beyond these three main paradigms, there are revisions and amendments.  Neo-realism, neo-liberalism, Gramscianism.  A zillion more.  But my personal favourite is constructivism, which is summed up in the following quote by Anais Nin (yes, that Anais Nin):  “We don’t see things as they are, we see them as we are.”  Thus if a state has a neighbour who it perceives as friendly (say Russia and China in the first half of the 20th century), it’s probably not going to be too concerned about having armies stationed by the border.  However, if a state has a neighbour who it perceives as potentially unfriendly, it will naturally treat things as more suspicious (how would Russia react now if China started doing military manoeuvres by its border?  Or look at how its foreign minister reacted at the rumour that Finland was being scoped out for a NATO base).  I guess this theory is most obviously related to human psychology, as it relates to therapy such as cognitive behavioural therapy.  So perhaps if I started trying to see the world as Mr Belgium did, I would in fact find myself living in that world.  Maybe things would then be less ‘nasty’ and ‘brutish’ (cheers, Hobbes).  But ah, the cynicism is strong in this one.
La vie parfaite
Take Me to Church