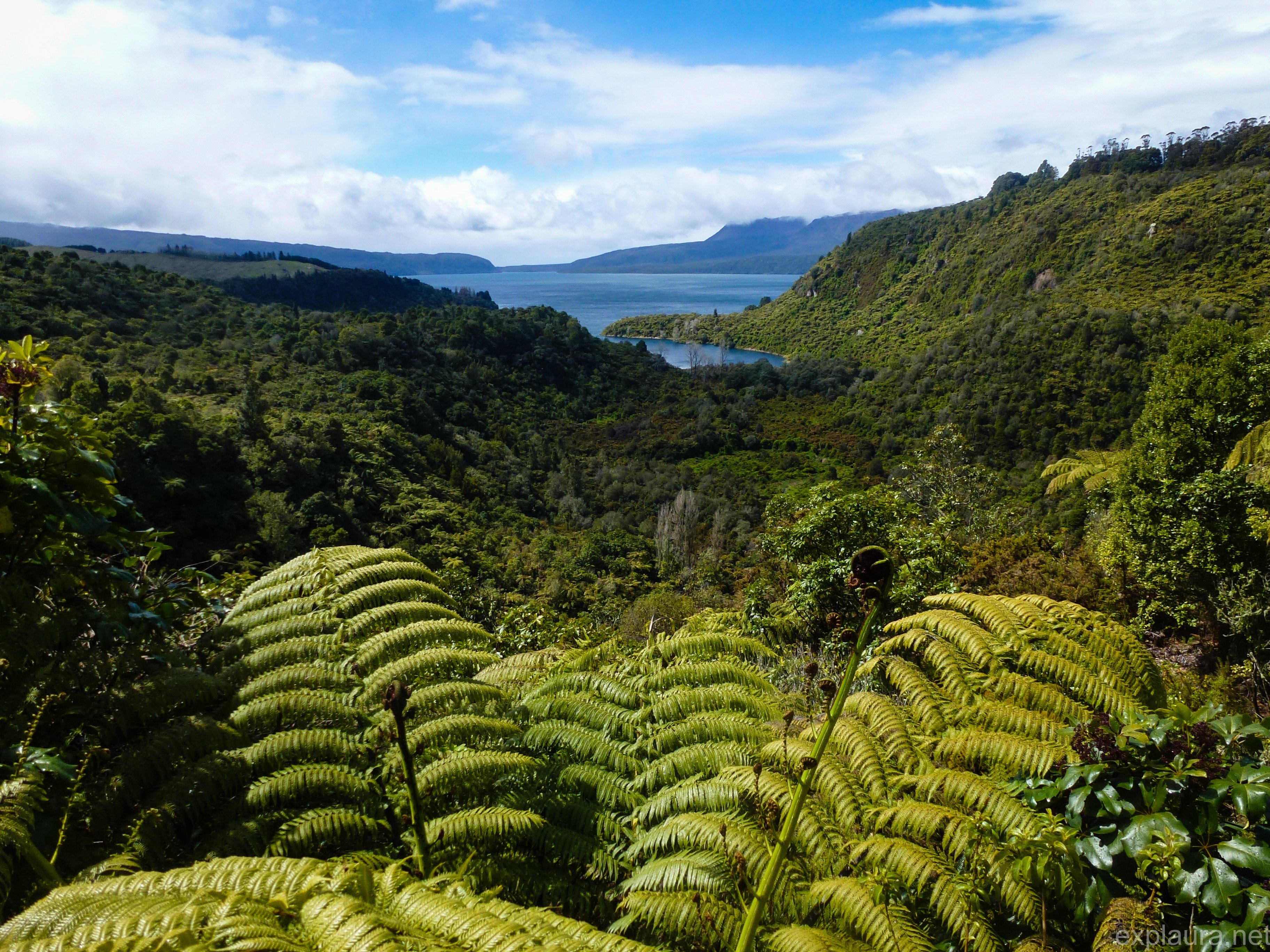 Rotorua saw us taking another leisurely late start to the day, as I trotted off at the thoroughly reasonable hour of 8:30 in search of a shower.  Now, while Base let us use their showers, these were not the showers for their regular customers: they were pleb showers.  I’m surprised they didn’t make us use a different entrance to the building.

I gather that most of the hostel dorms had bathrooms in the rooms, with just this one or two on the top floor of the building.  And you know what it means when there’s a shower outside of a room in a hostel?  That means it’s the sex shower.  Yup, I cleaned myself in the sex shower.  (For those of us who haven’t spent almost absurd amounts of time in hostels, it’s generally considered bad form to take part in any naked shenanigans in your dorm room.  Unless everybody else is invited, of course.  So you have the sex shower.  Living the dream, right?)

After studiously not thinking about the walls and floor of the bathroom, it was time to head off.  Well, nearly—I hadn’t been in any thermal pools of any description yet, and our guide-lady at Kiwi Encounter the day before had suggested we go for a wander in a particular park.  She told that there were pools there and assured us that the water was refreshed every day, so we had no need to worry about kids peeing in it.  Yayyy detail.  Happily, this park was over the street from the hostel, so wander we did.

In the photo you can see that (a) I don’t understand weather, and (b) I’m holding a super-delicious blackcurrant hot chocolate.  That plus “go-nuts” were breakfast, which we bought from a market stall.  More excitingly however, we saw a book sale and I picked up some reading material!  Crisis averted!  Haha I can’t even remember the last time I’d bought a real book that wasn’t a textbook, in Russian, or a specific translation of a classic.  I’m reliant on my Kindle… well, was reliant on my Kindle.  RIP my friend!

Finally it was time to get properly moving.  Our first stop was Rainbow Mountain (which I mentally renamed “Candy Mountain”, causing me to quote lines from the video to Guma, who had no idea what was going on).  We did the quick Crater Lakes walk, then it was off again.  Next stop was “The Redwoods”, a gigantic plantation of California redwoods (Whakarewarewa Forest).  They were all so grand and beautiful!  We went for a pretty amazing walk through them for about an hour, and honestly, it was hard to believe we were in the Southern Hemisphere.  Hmm.  Not sure on the capitalisation there.  I’m le tired.

Next stop was supposed to be a walk on the shores of Lake Tarewera, but we went thoroughly the wrong way.  It was a rather lovely wrong way though, and we stopped at Blue and Emerald Lakes (which, due to the weather, didn’t look even slightly blue nor emerald).  We didn’t spend long there though, as we still had a long way to go: our destination for the day was Coromandel Peninsula, so that we could do the Pinnacles walk the next day.

Craziest colours ever? What happens when you grow redwoods by volcanic waters.

Just going for a morning stroll 🙂

Getting close to Coromandel, the windy roads which I was starting to associate so closely with New Zealand made a reappearance.  After a few solid hour of driving, we stopped at a place called T-something (I, uh, may have mis-spelled that…), but it was horrendously cold and windy so we got pretty much straight back in the van again to find an adventure.  We soon found ourselves further north and on a walk to Cathedral Cove.

Cathedral Cove is apparently quite a big deal, but I quietly think it may have been somewhat arbitrarily added to the “list of things for tourists to do” in New Zealand.  At least, it seemed to cater to tourists, and there were rather a lot of people there.  It was around half an hour’s walk each way, and when we got back to the car I remember glancing at Guma and was so surprised at his appearance I just about squeaked.  “Guma, your face is a river!” I exclaimed, and I swear, it was.  “Yeah, well when you walk like that,” he observed.  “You can tell you live in the city.”  To be fair, he was still wearing trousers and a jacket, whereas I’d spent the day in a singlet and shorts.  In fact, that was pretty much our standard driving gear: him in full winter clothes and a beanie, and me wearing summer.  We have very, very different ideas about what an acceptable temperature is, so while he wanted the air con in the van at 31 degrees, I preferred 18.  We compromised on around 22 and dressed to suit.  Genetics, I guess?  His ancestors are from the equatorial regions, whereas mine are (to my knowledge) from wayyyyyyyyyyyyyyyyyyyyy further north.

Our next stop before going back to T-something was ‘Hot Water Beach’, another one of the tourist ‘must-dos’.  It was kind of a bust, though: while you can carve yourself out a little bath at low tide which will fill with thermally-heated water, it was horrible weather and not especially low tide.  I stuck my toe in and nope’d right on out again.

I couldn’t resist making this photo a little surreal. The sea mist made it all ethereal anyway 🙂

The Arch at Cathedral Cove.

Me cheesing it up in front of a rainbow.

Back at T-something, we couldn’t find the free camping that was meant to be there somewhere, so drove into some guy’s yard.  To be fair, he had a sign up saying that was okay.  I went and rang the doorbell to pay, and he was the hippiest surfer dude going.  Oh!  And Guma cooked dinner that night!  Poor boy—I gave him some risotto to sort out, and it was all a bit much for him.  We got there eventually though, then settled down for our second-last night of the trip.