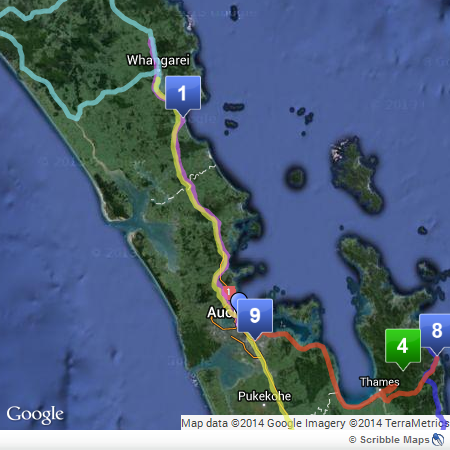 Lord of the Forest
The Book!

Finally, I’m getting to the New Zealand blog posts!  Things have been a little crazy since getting back—after ten days of no phone and no internet, I re-entered a world of being available seemingly 24/7, a world in which I’d just published a book.  Apparently this leads to obligations—who knew?  Plus, I’ve just started my first business (or started starting it, anyhoo), so time is even more scarce than usual.  So to make up for the delay, I’m going to write you a very exciting blog post about airports.

This is not the first time I’ve tried to write a post about the magic of airports.  I spend a lot of time in them, so perhaps attributing a certain’je ne sais quoi’ to them is my brain’s way of dealing with the extreme boredom, but I don’t think that’s the whole story.  Firstly, I’ve got an awesome airport routine, specifically for Sydney international airport.  If I’m going away for a year or more then my suitcase is usually a bit epic, so there’s the weigh-and-throw when entering the terminal.  I’ve thrown out a really random selection of stuff in those bins over time.  Then there’s progressing through, all of my things already in the appropriate location for scanning and seeing and generally security-ing.  Once I’m through, I have a gander at the cameras before going straight to Victoria’s Secret (the first to open in Aus) and trying on every single moisturiser.  Seriously.  There’s usually at least 8-10 that I put on, until I smell like I’ve been rolling around in a particularly delicious garden.  Next is a slow meander to my gate, playing with every soft toy I see on the way (one day I’ll learn to be a grown-up.  One day!) before getting some munchies and jumping on the flight.

My favourite thing about the international airport though is its the transience.  The building itself is this incredibly sterile and grey place, yet it’s full of such passion: people are farewelling those they care about, or welcoming them home with hugs and tears.  There’s the anticipation of going somewhere new, maybe even anxiety.  There’s the loneliness and possibility of solo travel.  I think of airports as kind of like a chicken’s egg: it’s crisp and plain and terribly beige to outer appearances, but on the inside it’s full of life and delicious yolky goodness (somewhat disturbing simile—anyone feeling the sudden urge to go vegan?!).

Next is the fact that the airport is full of my people: the international long-haul travellers who make wherever they are their home.  They’re relaxed, in their own little world; shoes off, on the floor, curled around a power point.  They look so lonely, but so perfect in it.  They’re not anywhere they actively want to be, but instead in the Eternal Land of Airport—timeless; placeless.

This would be my third time in New Zealand, though my first time to North Island.  I was meeting my friend Guma (Gurmatjeet) at Auckland airport, and we’d be spending ten days seeing and hiking around the place, plus seeing glow-worms.  I freaking love glow worms.

Guma and I are very, very different people.  If not for the firm bonds of alcohol (!), we’d never have met—he’s an electrician, very low maintenance, and pretty quiet (until he drinks, that is!), whereas I’m like a big ball of enthusiastic energy. But I go into this in a later post, so you’ll just have to wait for Guma’s hilarious characterisation of his culture and my very different one.

After meeting at the airport, we picked up the van which would be our home, and set off to find food.  We started heading north.  A very helpful guy at BP not only told us where to find a supermarket, but which radio station was half-decent: vital, given our lack of other music!  So, music-ed up, we trotted off to Pak’n’Save.  I was having a good old chat with the guy working check-out when suddenly he starts laughing.  “Wait, are you Australian?” he asks.  “Uh, yes?” I reply.  “I knew it!  I knew it from the way you said ‘wenning’!”  (Immediately starts trying to put on a bad Australian accent.)

More important than any of these things though as what we purchased (who we purchased?) at the supermarket: Simon Sage.  Oh yeah.  We bought ourselves a plant.  Haha there was no fresh sage, so we decided to get horticultural.  So now it was me, Guma, and Simon Sage, and we hit the road.

We were aiming to reach one of the Department of Conservation’s campsites at Uretiti Beach (“okay, we’re looking for a place ending with ‘titty'”—Guma), and so set out from Auckland (~9 in the featured image) to try and find the blasted place.  As you may have gathered from the ‘blasted’, we weren’t very successful.  Who knew that ‘SH1’ meant ‘State Highway 1’?  Well, apparently not me.  By the time we found the campsite, it had been locked up for two hours and there was no entry.  Happily, the beauty of travelling in a van is that the road is your… oyster?  So we pulled over onto a deserted-looking road and called it a night.  It would be a big day tomorrow.

Lord of the Forest
The Book!