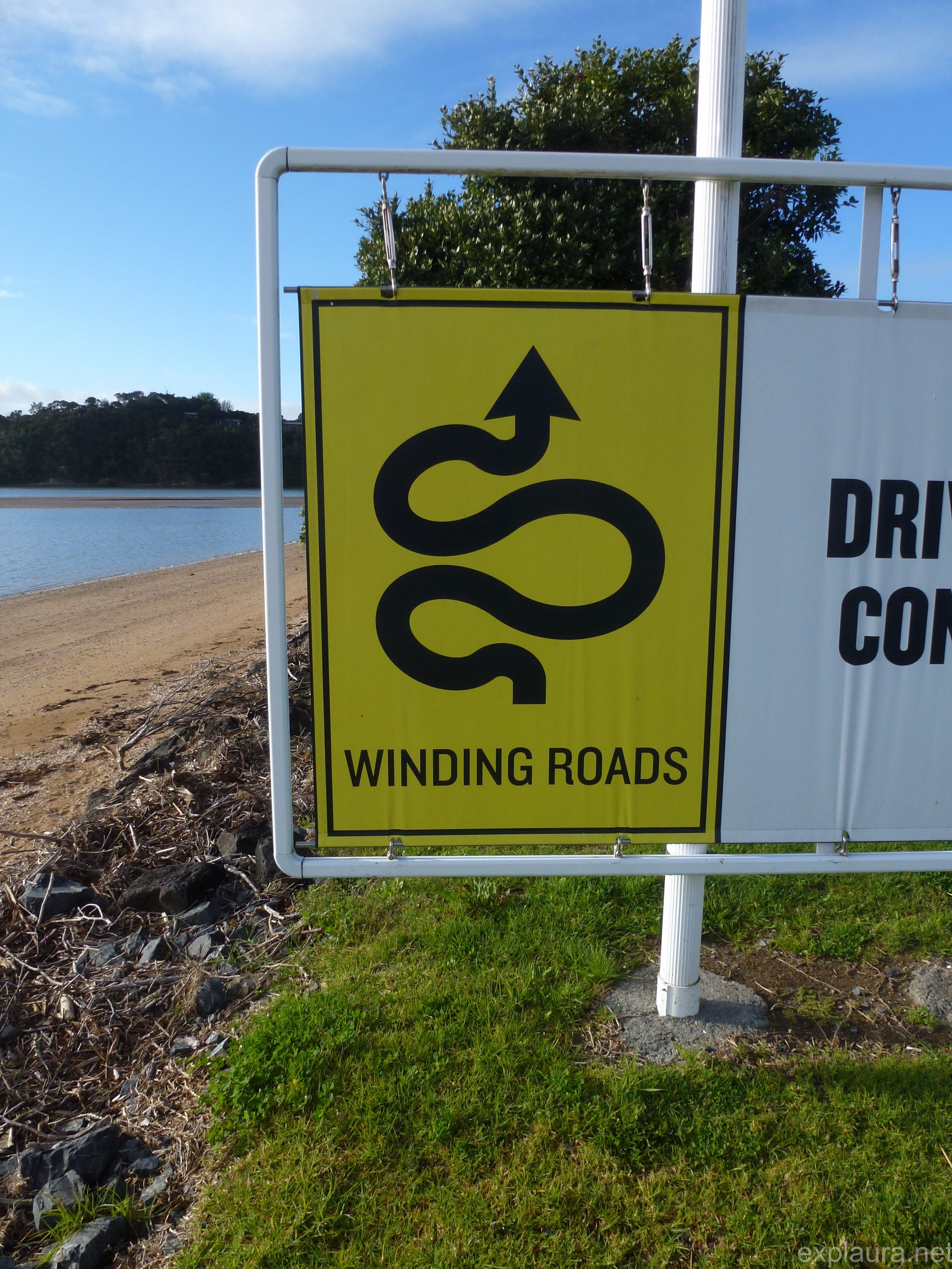 Drooving and Glow-worms
Lord of the Forest

Day three started with waking up in a car park in Paihia, a town in the Bay of Islands.  Our ambition for the day was to do the ‘Bay Beauty’ circle walk, a relatively flat hike of around 23km (map here).  There were going to be two ferries for us to catch, so we hustled to what we presumed was the ferry terminal at around half seven in the morning.  We popped into the i-site (what Kiwiland calls official information centres) to ask what the go was, and the lady looked at us in complete befuddlement.  We not only had the wrong timetable (my bad), but just generally the wrong idea.  She suggested that we instead start by walking along the coast from Paihia to Opua while it was still low-ish tide, then catch the ferry to Okiato before walking to Russell and ferrying back to Paihia.

And so we strode off along the beach, munching on delicious blueberry muffins and generally enjoying the sunshine.  Until I realised that sunshine leads to burns, and I am like a living ghost.  Enter me desperately dumping everything out of my pack, looking for sunscreen.  After finding everything from my thermals and fleece through to a bikini (hiking NZ requires packing for four seasons in one day), I came up triumphant with my fairly ridiculously sized emergency sunscreen.  Because I am the kind of person who carries emergency sunscreen.  This one was in a tube about half the length of your little finger, but it did the job!

Apart from that, the walk to Opua was fairly uneventful.  I stopped to play with a puppy, but that was pretty much it.  We also came across a signpost to a lookout.  “Do you want to?” I asked Guma, who responded with a shrug-equivalent reaction.  So we took the turn-off, and all was well in the world until we arrived at the bottom of a set of stairs.

“They’re only little,” replied Guma, possibly aiming for ‘supportive’ but coming off as ‘naïve’.  A minute or two later when we reached the top, I looked back at him and he was dying.  “No cardio,” he panted.  “I don’t do cardio.”

Soon enough we made it to Opua and caught the ferry over to Okiata.  We checked out an ‘historical monument’ which turned out to be a fence with some kind of piratey-looking chap on it, surrounding an old colonial well.  I threw an Australian coin in it to mess with future archaeologists, and it made a satisfying plop.

The rest of the walk was fairly cruisy: it had a pleasant variety of beaches, dry and tropical forests, and mangrove swamps.  We made good time and were back on the road by around 2pm.  We’d decided to head south of Auckland to try and get another big stretch of driving out of the way, and vitally, it was going to be somewhere with a shower: it had now been three days and hiking, so hygiene sounded like a nice idea.  Well, to me—Guma said he’d be more than happy to go for, say, six weeks without showering.  But given that I was sharing a van with him, he was being gentlemanly.  Yup.  We drove down to Huntley, and despite the fact that the shower was pretty much the equivalent to a hot pressure washer, it was fairly mind-blowing.  I gave Simon Sage his first hair cut (for dinner), and then it was time for an early night.  (You may be sensing a theme on that one!)

(Written on 26/10/14 and back-dated.)
Drooving and Glow-worms
Lord of the Forest