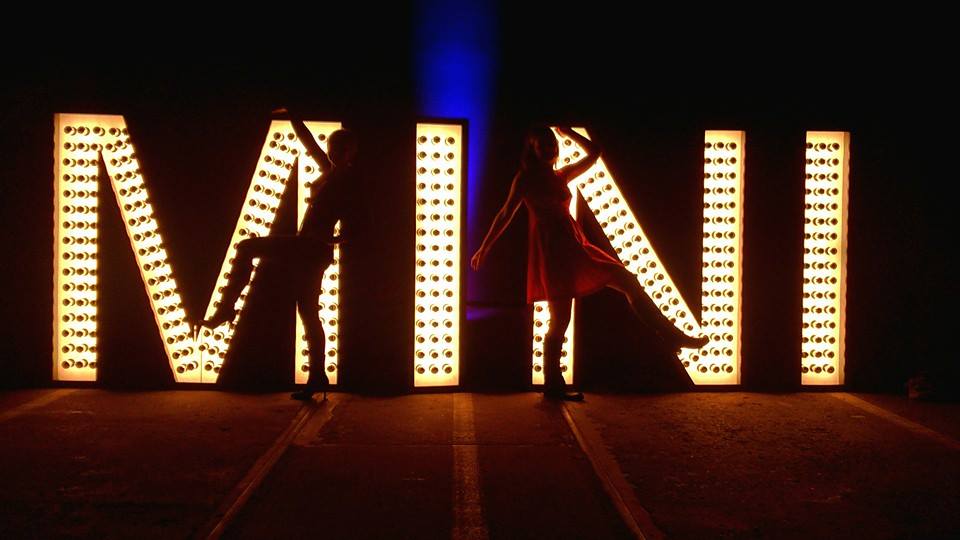 I went out with Dasha on Thursday night, and thankfully, this time there were fewer disasters.  (Her car is now fixed, by the way; apparently it was $3k of damage, but happily she had comprehensive insurance—and had forgotten about it—so it cost ‘only’ $600 to repair.)

The event we were going to was a launch of some kind.  I knew very little about it, other than ‘something mini, something dance floor’, but had happily been given free tickets by Vice.  Man I love Vice.  I mean, their content is pretty inconsistent, but there’re some real gems in there.  I remember I started reading it (in hard-copy magazine form!  omg!) when I was living in this ramshackle old townhouse in central Sydney, age 19 and at least 3000x more conservative.  Vice was kind of this guilty trip, this magazine full of everything that good girls weren’t supposed to think about—drugs, sex, music, politics.  At the time I used to find it vaguely shocking and a little risqué—now it’s just kind of the world I live in.

After once more realising we make a horrible team as far as directions go, I met up with Dasha (and her car, let’s not forget her car) by Redfern Station.  We then spent 40 minutes driving round, trying to find a park: all of the on-street parking was 1hr until 10pm, and the carparks were closed.  We found a couple of spots and Dasha was trying to convince herself that we wouldn’t get caught, so I googled to find out how much fines were, and the nearly $200 was enough to send us further on our quest.  Oh yes, it had become a quest by this point.

We found ourselves back near the station, when all of a sudden I saw a spot under a 2hr sign and that it was now one past 8.  “Stop!  Stop the car!” I said, and Dasha happily complied in the middle of the busy road.  Huzzah!  And off to the gig.

I hadn’t been feeling particularly enthused to begin with, as I’ve been verrrry stressed slash bored slash exhausted lately, and going to some half-assed gig in the middle of the ‘Fern didn’t sound tempting at all.  The driving around looking for a park hadn’t helped.  But things started to pick up significantly when we entered the area where the event was being held.

We were following a couple in incredibly glamorous attire, the man in a very well-cut suit and the woman in a backless and extremely expensive-looking dress.  They were being given directions by the ushers who stood at key vantage points in front of us, and so we trailed them deeper into the disused rail sheds of the district, avoiding the occasional dead rat.

Suddenly we could hear music.  Next we saw red carpet, guide ropes and light, leading into one of the old warehouses.  We went straight up to the entrance and were confronted by the world’s biggest disco ball, spinning lazily against a background wave of golden glitter.  It was bigger than the average bathroom!  We may or may not have played with the shiny for quite a long time.  I mean, it’s hardly our fault that the ball was hanging at playing height, right?

Once we rounded the corner into the room proper, we saw a couple of Minis and the lights you can see in today’s featured image.  So it turned out the launch was the launch of the new Mini in Australia.  And mannn did they go all out!

There were lights galore, cars for people to play in everywhere, glowing cubes for seats and a DJ booth.  There was a dance floor which was like a giant kaleidoscope, with the colours and shapes constantly changing.  And did I mention that I was handed a free burger on walking in?  Free burgers and drinks everywhere!  Yes!

Beyond all of that though were the people.  I don’t think I’ve ever seen such an incredible-looking bunch of people in my life.  There were the usual Nordic-looking ones of course, and half- and Asian girls who were so painfully beautiful they looked air-brushed (Dasha and I spent a little time pointing out various people and ‘wow’ing).  There was a guy with the most spectaculr dreads I’ve ever seen (think like the be-dreaded guy in the Matrix), hipster beards, modely people, people in flannel, leather, lace, tie dye, fur, suits, jeans—it was a superlatively opulent and decadent feast for the eyes.  My brain is still struggling a little to cope with it all!

Above the way everyone looked though, the outstanding impression that was everyone was having a good time.  It wasn’t like when you have a night out and there are the bitchy girls, and couples passive aggressiving each other, and people getting too drunk, and people taking their sadness to the bar, and the constant one-upmanship.  Everybody was buzzing with a happy excitement: I’ve never seen anything like it.  Awesome event!

Finally, you’ll be glad to know that this time, Dasha set up her GPS and we didn’t get locked into any carparks on the way home.  Result!

What an amazing and unexpected evening—thanks again to Mini Australia and Vice <3.