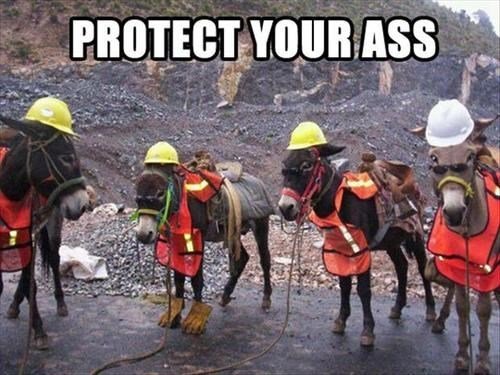 The smallest of vices
The Road

I nearly accidentally punched the marketing director this week.  I mean, I’m sure that happens to a lot of people, but this was very much a close thing.  My work has just moved premises, and my new desk has me standing with my back to several passageways.  Apparently my colleagues have ninja skills, as I often don’t hear them coming until they suddenly appear behind me, scaring the daylights out of me.

That’s pretty much what happened with the marketing director.  I was working away when suddenly her voice popped up behind me, and I spun around with my fists up because apparently a boxing stance is a reflex for me.  Hmmm, and I wonder how that happened.

When I arrived back in Australia at the end of last September, I spent my first night pretty randomly at a friend’s dad’s house (my house-mate-to-be was away so couldn’t let me into the apartment).  We were having a discussion about the idea of safety while travelling.  A couple of weeks beforehand, a guy had said to me a little condescendingly that “I guess that’s a difference between men and women; you need to feel secure.”  What an incredibly stupid thing to say.  Firstly, because things like food security—which I hadn’t had for a lot of my time in Russia—are essential to everybody.  I’ve been a traveller for over ten years now, and I can’t say things like budgets or not having somewhere to stay phase me (obviously again, I made reference to financial security a lot in Russia, but that’s because I didn’t have any).  There’s a certain degree of emotional security involved, it’s true, especially once you pass the year mark: but moreover, it’s physical security.

My friend’s dad was pretty much face palming.  “Well obviously,” he said.  “Look at you—you’re a commodity in most of the world.  If I lived over [wherever], it’d be straight off to the harem with you!”  In some ways, this is a misunderstanding.

‘I wonder what ways she’s talking about,’ you might be wondering, while simultaneously worrying that I might be about to rant. Allow me to address both concerns, and say that the misunderstanding is in thinking that one country or culture is safe.  Another is that anything you can do can make you feel safe within yourself: the unpredictability of travelling heightens the lack of ability to feel safe, but it’s certainly not just inherent there.

I haven’t written about my experiences the first time I went to Turkey yet, and it’s now getting on toward 2.5 years, so it mayyyy not happen.  But basically I was there during the off-season, I was white-blonde at the time, and every single guy on the street made a comment to me.  It was exhausting.  I ended up hiring a male walking tour guide for a few days, just to help tone down the amount of harassment.  Of course, he’d finish at 3pm each day, and I’d last until about 4pm before I couldn’t take it any more and would return to hide in my hostel.  I didn’t even go out for dinner, I ordered in.

Or of course, there’s the one particularly persistent guy in Colombia who followed me down the street for a kilometre or so, saying obscene things to me.  (Or that other guy I mentioned).  In Russia, there was the guy who groped me on the trolley-bus: you couldn’t even call it ‘upper thigh’ any more.  Or the big group of ‘Stan guys I found myself in the midst of on NYE in Piter, one of whom grabbed my ass as they all jeered at me.  My reflex on that occasion was to lean back and smash my elbow into his solar plexus, before having the instant terror of ‘what now, I’m surrounded?’

Oh sure, these aren’t Western countries.  Well, here’s the article from the US that set off today’s rant (when I meant to write about the epic event I went to last night, or to do the overdue ‘road trip’ posts).  There’s the time that a friend’s brother came up from behind me and licked my face ‘as a joke’.  Yup, reflexes saw his face bleeding everywhere and me crying my heart out in the middle of the club.  Or speaking of clubs, the time I danced with one guy briefly—something I don’t do in Western countries any more because of all the grinding—and when I wanted to leave he held me there, furious that I wasn’t going to fuck him.  There’s the time when I went for a massage here in Australia, and the masseuse was a guy who proceeded to wrap my hand around his dick and start jerking off.

Then there’s the cat-calls, the anxiety about walking past building sites, the constant groping in clubs or bars.  This is not a thing that is part of travelling, and it’s not a thing which is relegated to just one place or just one culture.  This is part of every single day of being a woman.

Sure, some people feel less threatened than I do.  Some people feel safe to dress up, or to wear heels they can’t run in, or invite male attention.  I feel better by putting a lot of effort into being as invisible as possible (other than having an extreme love of bright colours, it has to be said).  And it hasn’t always been this bad: for a few years up until I was 18, (having been a girl of 5’9″, 52kg when I finished school at 18, braces, glasses, bad skin, pragmatically short hair, no EQ and apparently too smart f or my own good) I got a real kick out of it.  Every time a cute guy perved on me, it was like something to be celebrated.  But then everything changed, I realised that it wasn’t always innocuous, and from 19 until I was around 23 I didn’t feel safe going out in the day time, when people could see me.

And the thing is, this is why I’m a feminist.  Not because I think men and women are the same (because I’m not freaking retarded (oh PC!!)), but because any world where I have to feel threatened because I’m a girl is just not good enough.  I’m not saying all men are bad, or predators, or anything so ridiculous.  I’m likewise not saying that being a woman is bad, nor how you choose to express it.  Nor is liking the way the opposite (or same!) sex looks.  But this physical insecurity seems invariably a part of the world we live in, and until people are treated as people rather than things, decorations or conveniences, then I’m probably always going to be a little bit angry.

The smallest of vices
The Road