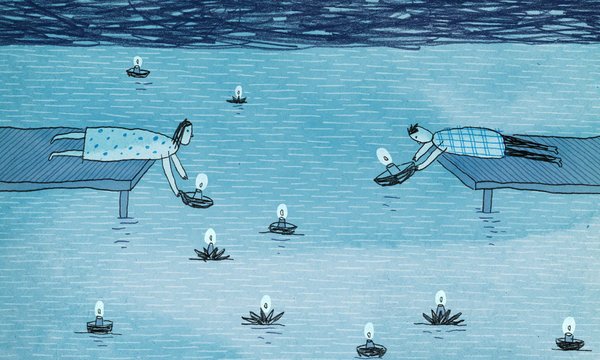 Last time I was in Athens, I went out for dinner with a lovely French guy.  He was staying in my hostel room, and as I told him in my traditionally tactful and indirect way, the ‘least creepy French guy I’ve ever met’.  He laughed when he heard this and shrugged.  “I’ve been living in Sweden,” he explained.  This naturally led to a discussion about how incredibly difficult it is to get boy-girl relations right when you move between different places.

After finally getting sort-of used to things in Russia, Greece was a massive shock to the system.  And that’s ignoring the fact that Greek guys were so hot by comparison that I was having heart palpitations.  So the French guy C and I sat down and talked about the hilarious experiences I’d had, from the guy swimming after me out to sea, to the guy who did not take rejection well, to the guy who busted out some naked selfies to show me.  I said how difficult it was to know how to reject people politely, or at least to not encourage them.  In the UK, avoiding eye contact with a guy will cause him to leave you alone; in Russia you have to be outright rude; in numerous places people will see your hair and eye colour and try to buy you (and you’ll hope for a handy guy nearby to explain that you’re not for sale); and in other places you’ll be completely left alone unless you first show interest in the man.  I don’t want to hurt people, but at the same time I don’t want to be hassled, and it’s really hard to walk the line when you seemingly have to figure it all out instantly upon arriving in a country.

The French guy found the same.  For him, in France, it was of course usual to hit on women; but then in Sweden, it wasn’t really acceptable to act like that.  He went as far as to say that some of his female friends there found it really hard to find anyone, like they felt sexless in a way, because everybody was a little too reasonable and nothing ever got done.  So to speak.

This is something I really notice about Western culture, at least at its extremes.  Everything is so PC and reasonable that sometimes I don’t know how I’m supposed to act.  Men can’t hit on us if it can be seen as objectification, but likewise if a guy offers to buy you dinner, isn’t that you reducing him to the price of a meal and therefore objectification as well?  And when there’s no objectification in that traditional sort of way, roles are very poorly defined.  I completely don’t get it.  Russia I understood, even if I disagreed with it.  To recap, women look 1000% stunning at all times in order to attract men; men are chivalrous and flower-buying sources of income; it’s normal to get married very very young.  Generalisations galore, but pretty significantly true.  Roles are intensely clearly defined, and so it’s pretty easy to see where you stand.  At the same time though, (and obviously not having been a Russian person in a Russian-style relationship), it all seemed so incredibly devoid of friendship.  Then again, how can you be friends if you’re not equals?  I don’t know, it’s all very weird.

I guess I wrote quite a few times about how women go to gyms etc in full make-up in Russia to find a boyfriend, and how mothers and grandmothers mind the house so that the younger women can spend their time getting ready and primping themselves to meet a man.  I’m quite sure I spoke about seeing 8-year-olds in heels and make-up because that’s what women are for, and how the appearance of men isn’t important (mono-brows mullets bad teeth vom vom vom).  It’s all so incredibly different—but so easy to understand.  Everybody has their role to play.

In the West, on the other hand, we seem so precious about individuality and equality—which obviously, I think are super-important—that we don’t always know what roles we’re supposed to be fulfilling (not even the first time I’ve mentioned anomie in this blog).  And our working lives are skewed so far above our personal or romantic lives that it’s all speed dating, online dating, hooking up with strangers in bars.  Even speed dating I’ve noticed is different in Russia and Australia—when I hosted the event in St Petersburg, everybody took part with this extreme romanticism and open desire to find someone to love, whereas here we’re all efficiency and cynicism and this sort of harsh pragmatism.  Then you’ve got things like Tinder, which one of my friends tried sooo hard to get me onto.  That is, of course, until she ended up on a date with a guy who stabbed somebody.  But I guess overall it’s like we’re applying this fast-food mentality to people: a quick surface judgement, and a snap decision as to whether ‘they’ll do’.  Eugh and then there’s hooking up with randoms.  I’m sure I can’t be the only one who feels insanely pressured to hook up with someone the moment I meet them, as if the only ‘normal’ thing to do is to have sex with someone and see what it turns into.  This just hurts my brain.  Where is the room for trust?  Beautiful men lead to bad decisions—and of course, they’re pretty much all beautiful.  At the end of the day it’s people I like, not faces, and I’ve had some pretty serious disagreements with friends who’ve tried to coerce me into making out with drunk guys I don’t know—least attractive thing going.  And yet this is how so many people end up together.

Trying to date as a traveller is something I find very difficult.  One or the other of you is always leaving, and there’s always a predefined end-date—just a smidge destructive.  Then throw in the cultural differences and this loss of roles and it’s like you end up pitching to the lowest common denominator: don’t ask for anything, don’t expect anything, just take what you can get.  One of my friends is entirely blasé about guys buying her flowers, or travelling to see her, or calling her because they miss her: and these are things that I just don’t ever experience.  I remember that once a guy I was seeing hung out with me even though I had a cold, and that’s far and away the nicest thing any guy I’ve been involved with has done for me.  The bar’s pretty low.  I mean you could probably fall over it drunk.  Or sober.  There would definitely be falling and bars.

On the other hand, there’s the perfect romanticism of my travelling life, and it was ten years this last Saturday.  There’s the snippets of people I meet along the way; the perfection and poignancy of things that never happened; and the occasional person you’ll meet who you may never end up seeing again, but who you have for hours or a day at a time, and who makes all the wanders worth it.  My life hasn’t allowed me to fall in love, but it’s allowed me instead a perfect tapestry of might-have-beens.  And of course, maybe someday I’ll find this a world away.

I’ve been on a 2500km road-trip in SE Australia this last week and will post about that in the next few days.  ‘At last!  She’ll stop drivelling about her love life!’.  There may even be kangaroos.