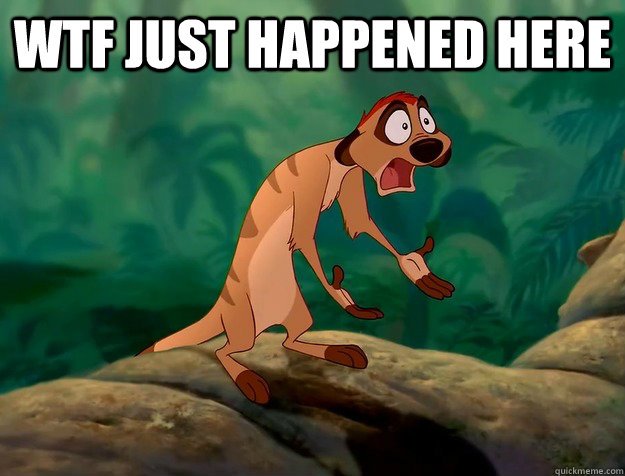 Dasha is an awesome Russian/Kiwi chic I met back in December (under some fairly hilarious circumstances which are inappropriate to write about), and have hung out with a few times since.  On Friday, strangely after another Russian friend had just bailed on me, she texted me asking if I wanted to go to a Bachata (Latin dance) festival the following night—a completely obvious yes.

The night started off weirdly, when I managed to arrive on time.  Not even just on time, but early!  I’m usually too beset by random adventures to be on time.  Anyway, I was on the bus and nearly there when I got a call from Dasha, saying her car had broken down and she would be late.  No biggie, I sat under a light on campus and read my book.

Anyhoo, an hour ish later Dasha arrived and we headed into the venue.  I’ve since realised that every time I go to a gig at the Roundhouse, things get a bit weird.  Like the time I went to Oktoberfest with some friends there, and magically and completely accidentally ninja’d my way past a 5000-person line to get inside.  Mad skills.

The concert itself was epic.  Dasha’s sister was over from NZ performing in it, which is how she came by tickets.  Ohhh it made me so nostalgic for my month in Colombia and all of the people I met and danced with there.

There were some truly amazing acts.  I’ve always loved Latin dance for just how amazingly passionate and sexy it is.  I wish I had even an ounce, or inch, or some other kind of Imperial measurement of that sensuality—it’s amazing!  (On the other hand, pretty stoked I’m not doing this on stage—esp with a guy I’m not seeing!)  It was done in two parts, with world champions in the second ‘act’, and amateurs etc in the first part.  The end of the first part got more and more naked and more and more hilarious.  There was a big samba, so there was a lot of ass and beads and things.  Then there was a group called ‘Juan Direction’ (lol) which was just guys.  Was genuinely not expecting them all to rip their clothes off.  Then as the final act there was a big group of people who were all wearing like bobble-heads?  Totally weird but hysterical.

Eventually it was time to go—Dasha’s back was a bit too sore for Latin dancing at the party at the end, and there was no way I was going to try it with people who were complete pros at it.  Not without a lot of tequila, anyway.  As it would have taken me a few hours to get home, D offered to drive me.  The only minor problem was that her car had died again and was now parallel parked and blocked in on a major road.

Dash had some jumper cables, so we started trying to flag down a car to casually block one of the lanes of traffic for us and give us a hand.  The first car was a very unimpressed taxi driver, but his battery was on the wrong side so we waved him on his way.  Then we started accosting strangers walking down the street (as you do).  Fortuitously, the guy parked in the car behind us turned up, and we convinced the poor guy to help us.  He looked terrified.

I hadn’t jump-started a car in around 11 years, so I googled and gave directions.  Then huzzah, the car turned on.  D thanked our ‘volunteer’, saying “thanks, you’re the man!”  “No,” he replied timidly, shaking his head and pointing at me.  “She‘s the man”.  Hysterical.

After charging the battery for a while we were on our way, and everything was going swimmingly other than some extremely unhappy noises the engine was making.  Of course, apparently despite holding a GPS in my hand and looking at and hearing the directions, I’m not particularly good as navigator, so we missed a couple of turn-offs.  Seriously though.  What is a ‘slight left’?  I want some damn definitions around that.

We got to the entrance to my suburb, but I’d never actually entered it from that direction before, and the two times I’ve driven within my suburb to the shopping centre, I’ve gotten lost and ended up on a random motorway.  So we again missed the turn-0ff, but I saw the on-ramp to said shopping centre and I suggested we should go up there, rather than end up on the motorway which keeps trying to trap me.  Stoopid motorway.

We got to the top of the ramp with no way out, but the gates are still working, so we figure we can drive through the parking garage and come out the other side.

How, wrong, we, were.  We followed the ‘way out’ sign and the wretched exit was blocked off with a big and very closed garage door.  So here we are exploring the parking garage which is dimly lit, feeling like were in some kind of apocalyptic/zombie movie.  Every exit was blocked, then we managed to figure out how to get down to other levels.

Down and down and down we went, until we ended up in yet another section I’d never seen before—I get the distinct feeling that this parking garage is bigger than the entire suburb.  Then, at last!  Escape!  We thought we’d found an exit—I mean, surely they wouldn’t have the gates allowing people in but not actually letting them out again?  The shopping centre is the one with ever-soulless ikea though, so maybe they do want to trap people.  Yet again, our exit was blocked.

Flummoxed, we stopped.  I wondered whether she could reverse up to the boom gate and I could pretend to be a car and take a ticket, to open the gate and let us reverse out.  Actually, now that I’m writing this, it strikes me that the car could have equally been driving in the correct direction but going out the wrong way.  It was nearly 2 in the morning, so that’s our excuse I guess.

Unfortunately, I don’t weigh as much as a car (!), so the machine didn’t believe me and wouldn’t issue a ticket.  Then I glanced to my right and had a thought.  There seemed to be enough room between the ticket machine and the boom gate that Dasha’s car would fit through—and there was only a low curb to get over.  She came and checked it out and agreed, and there really didn’t seem to be any other escape.  It’s also not like we could leave the car in the car-park overnight, either, in case the battery went again or the whole thing just died and needed to get towed out ($$$)—not an unlikely thing at this point.

Anyway, I videoed our escape.  Things did not go as planned:

In brief other news, the second draft of my novel’s with the editor now, and I’ve started work on the next book.  Partly, I think, to distract myself from worrying about what the editor thinks.  Haha I should get the book back in a couple of weeks, after I come back from an Epic Adventure with two of my besties to western/desert NSW.  As Jess so succinctly put it, “we’ll go on an adventure, and then your life will be over!”  I’m going to have to start recruiting huggers.

Apart from that, I’ve been back in Aus for just over 7 months, and it’s just less than 8 months til I leave—flights booked and everything.  Crzazy!