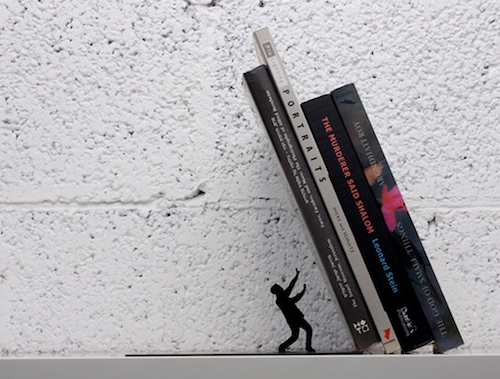 I remember that when Jess and I went to go see the Inbetweeners’ film, the couple next to us were so offended that they left.  It pretty much made my night.

The Inbetweeners is a hilariously filthy and awkward TV series about four Brit guys who aren’t quite teens and aren’t quite adults—hence, ‘inbetween-ers’.  This concept of being ‘in between’ is something I’ve been thinking about a lot lately.  People are in between childhood and adulthood, in between jobs, in between partners, in between home and the office.  In between meals, in between diets, in between chapters, in between shifts.  The In Between seems to be the time we don’t think is important—we’ve just left one important thing and are killing time until we reach the next one, if not actively struggling toward it.  These events are the book ends by which we define our day, our week, our lives.  We even do it with birthdays—first it’s every year, then double-digits, then a teenager, a legal adult.  Then it’s 21, 30, 40, as if the time in between is suddenly accelerating and less important.  Everything becomes this obsessive row of events we have to tick off, a sequence  which defines a thoroughly normal, ordinary life.

Naturally, I do it too—my events are just a little different to normal.  Rather than numbers, career or ‘life’ events, it’s travel.  Travel, travel and travel.  I’m currently, of course, ‘in between’ travel, and thoroughly miserable.  Whereas others seem so happy to build their careers, to have a steady home to go to, to know exactly what will happen and when, I find it seriously freaking oppressive.  When I’m in the ‘real world’, I have to work.  And I have to sleep.  And I have to make sure to eat healthy, and exercise, and ‘go meet new people’, and ‘but you have to go on a date’, and ‘look good’ and meet a thousand friends and obligations and all to a fucking schedule.  Every single moment of the day is so timed, so controlled.  Alarm at 06:40, leave the house at 07:42.  Catch the train at 07:53, stop to get lunch at 08:32 and get to work at 08:34.  Do the task list.  Go to the meetings.  17:00 schedule tasks for tomorrow, 17:05 leave work.  17:16 catch the train, 17:31 run up the stairs to make the connection.  Go to the supermarket, get home at 18:55.  Cook; be clean; make sure you’re tidy.  Feel guilty that you haven’t exercised, that you haven’t gone to see friends, that you haven’t achieved anything for yourself in the day.  Go to bed, make sure you’re asleep by 22:40—and do it all over again and again and again.  It feels so entirely devoid of humanity, as though I were a slightly hyperactive (ok, really hyperactive) robot.  And I just don’t understand why we do it to ourselves.  I can’t see the point of a life like this.  If not for social media, I would rarely have time to communicate with anyone other than my colleagues (in an office where everyone sits in focused silence).  I cross paths with my flatmate a couple of times a week, but she’s out even more than I am.

So why do we do this?  I really have no idea.  It’s a life so devoid of passion, of connection, of creativity or spontaneity.  There’s just no meaning to it.  If I weren’t saving for Belgium, I’d definitely be working part-time, so that I could have time for actual life.  But there’s always going to be a Belgium, whether it’s paying off a mortgage or saving for retirement.  My flatmate from Russia joked that I should move to Perth when I retire in 50 or 60 years—he said that even if I put the brakes on now, it would take me at least 30 years to reach ‘normal human speed’.  But that is exactly how I don’t want to be living—at least, not if it means living like I am at the moment.  Pretty much the best I can do is try to squish myself down and close my eyes and wait until the end of the year, when I’ll be hanging off the edge of the world once more.

So I guess nobody likes the in between.  I just wonder why our book ends are so different.