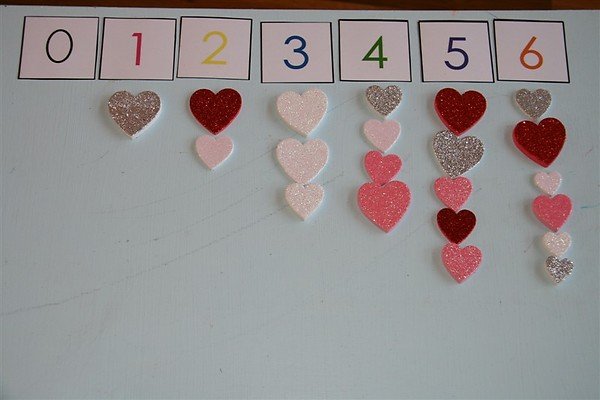 The 'Berra
The Scotland Photos, and busy-ness.

Last night, I took my friend Mimi to a backpackers’ bar.  I guess I miss my people and/or normal life!  Before I proceed however I should probably give warning that this is more over-sharey and less role-modely in what is ordinarily a pretty oversharey, unrolemodely blog anyway (also, this post is not exactly under-18s friendly).  But it also takes a look at an aspect of travelling that I haven’t really discussed much before.

We were sitting behind a big round table of what I’m going to say were Swedes.  It’s funny actually—I’ve been going to this bar for just under ten years now, and you can just about tell (a) what season it is in other parts of the world and (b) whose economy’s doing well, just based on who’s travelling at the moment.  Years ago it was mainly Brits, then for a couple of years freaking everybody was Brazilian or Argentine, and now it’s Germans, Scandinavians, and an unexpected number of Italians.  Over the years the decor’s barely changed (there’s one wall with a list of cities around the world, and I’ve had so many conversations with people about which one they’re from, or which one they’re going to, or where they’ve been—ten years ago I could probably only identify where 5 of them are, and now I’ve been to half of the wall!).  More importantly, the cheap cocktail jugs haven’t changed at all.

As I was saying, we were sitting behind this round table, where everybody looked exactly the same.  All of the girls had the exact same hair colour, at the exact same length and parted in the exact same place.  They had the exact same tan, exact same make-up, almost the same clothes—clothes by which you could judge how long they’d been travelling, as they wore them with the distinct discomfort of people who’ve recently put on travel-weight.  The guys again had the exact same hair colour and style, and dressed in exactly the same way.  But more than the sameness of the people in front of us, the overall impression I got was one of loneliness.  The whole bar seemed to be full of lonely people, desperate to drink as much as they could to make a connection with anybody else.  Which, as we know, was a big part of the reason I left South America a couple of months early.

Of course, we all look for connections (snigger) in different ways.  One of the guys from the table, who had those incredibly hot pointy things next to his mouth and looked like a whole bucket of trouble, turned to me.  He watched me for a while, before saying “nice top”.  He was definitely staring in the vicinity of my top, but certainly not at any fabric.  I mentally finished off his sentence with ‘it’d look even better on my bedroom floor’, and immediately wrote him off as just another guy fucking his way around the world.

I shrugged and returned to talking with my friend, before suddenly recalling an article I’d recently read on Cracked (oh how I love thee).  There was one quote in it which absolutely shocked me: “In real life, men ages 25 to 44 — the age group of pretty much every sitcom character — average around six sexual partners. Women of that same age group average four. Over a lifetime, only 21 percent of men and 9 percent of women have had more than 15 sexual partners.”  I completely freaked–how was it even possible that people could have so few sexual partners?  I couldn’t figure it out, until suddenly it occurred to me that maybe my life, and the people I share it with, aren’t exactly normal.  To me, having slept with fifty people is completely ordinary, and I have friends who are in the multi-hundreds.  Compared to that, this idea of having sex with 4-6 people is just mind-bogglingly weird.  I mean, the idea of having sex with that number of people at the same time is less weird (though would involve rather a co-ordination effort I imagine).  Friends in my sphere will just casually ask me if I want to hook up with them, because in my world that’s a completely normal thing to do—so these low numbers seemed like they must be lies, because people are ashamed or whatever.

I then started to ponder how on earth I got socialised into this mindset, if the 4-6 figure is ‘normal’.  What on earth made me so completely abnormal?  Before I proceed I should probably clarify that no, I’m not known for sleeping around, but I don’t judge those who do—we just have a different take.  So here it’s my mindset I’m describing as ‘abnormal’, not my numbers.

Annnnd this seems like a completely appropriate time to bring up this idea of ‘numbers’.  Maybe six years ago (did mistype as ‘sex’ twice), I was seeing this guy on a somewhat casual and bad-idea’d basis.  I fell for him, not the other way around, yada yada.  Anyway, he’d always try to rationalise my feelings out, complaining that it’s only because I slept with so few people.  He told me I should have sex with way more people, and then I’d be able to deal with getting attached to people more easily, because people would just become numbers—like they were to him.  There was this whole fucked up game he and his friends would play, where obviously the highest ‘numbers’ won, but with the extra layer of a points system for what you could convince somebody to do with you.  When things between us inevitably ended (and about as awesomely as you can imagine), I decided to try and take his advice on board, to think of people as numbers.  Nope, that’s just not me—I not only couldn’t do it, I didn’t want to, either.

Maybe 18 months later, I did my second snow season.  Snowfields, btw, must be the most incestuous place in the world.  It’s quite strange actually—it’s very male-dominated (I think it’s 8 guys to 1 girl, as far as staff go—then the punters are predominantly men, too), and this created this really weird culture.  On the one hand, girls could sleep with whomever they liked, and very unusually, weren’t judged for it—unless they were being douche-bags, as in the case of one girl who slept with a couple of different guys every week while also having a boyfriend… dick move.  So to speak.  On the other hand, and in direct contrast to the ‘real world’, we were trained not to expect anything from it—sex was completely emotionless and meant nothing at all, with any attachment to be abhorred and justifiably resented.

Add in the amount of time I’ve spent in hostels and with other travellers, who are known for wanting to experience new things and not known for their inhibitions, and I guess it’s not totally surprising that I find ‘real world’ numbers (forgive me) incomprehensible.  I’ve often been labelled an ice queen because I just don’t want to fuck everybody.  On the contrary, I don’t even like people touching me on a casual basis (with the obvious exception of people I’m really close to)—something I found very confronting in Russia, where friends are super-affectionate.  It’s too intimate, and especially when travelling, I really need to feel safe.  If I do want to spend time with somebody, it’s because I want to share a moment with them specifically—it’s not just because they’re there.  I just feel like life’s too short to spend any more time with people who aren’t worth it.  And while that’s a cliché, it’s one of the strongest lessons you’ll learn while travelling—when you come into contact with hundreds and thousands of people who are doing their best to be themselves, you learn to only hold onto the ones who are genuinely worth it.  Needless to say, guy-with-great-facial-structure did not make the cut.

The 'Berra
The Scotland Photos, and busy-ness.