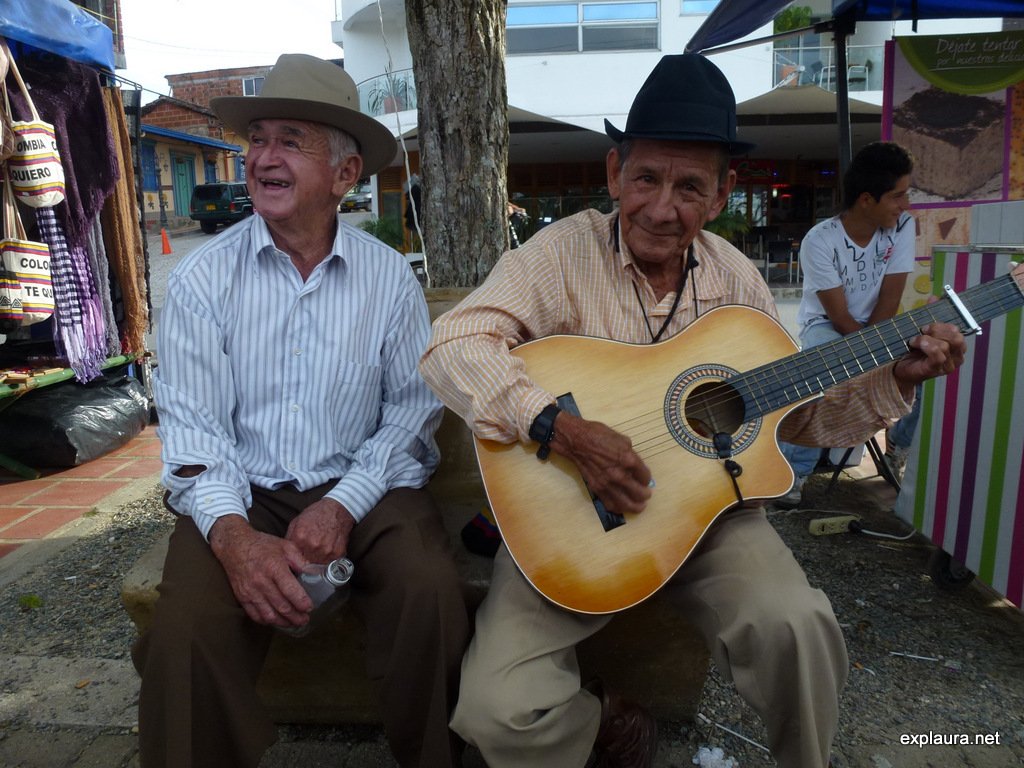 Firstly, it has to be said that Medellin is a staggeringly beautiful city.  I met some Canadian guys in the airport in Cartagena, and happily they were able to afford a taxi (and a bonus Australian) from the airport into Medellin that night.  And the views were absolutely amazing.  I think the closest I can compare it to is an experience I had when I was 18, when I helped on a delivery trip, taking a yacht from Mooloolaba to Airlie Beach in Australia.  We were lucky to have long watch shifts, so at night time it was sleep 3 hours, watch 3 hours, and repeat.  On this one particular occasion, it’s night-time, and the other watchman and I are listening to A Perfect Circle’s “Thirteenth Step” album.  Hm you should probably listen to a track while visualising this.

Anyway, so we’re miles off-shore.  All we can hear is the music, the creaking of the sails, and the swishing of the water. All we can smell is salt, and of course it’s pitch black.  We could see the stars and the barest hints of reflections on the waves around us, with all else darkness.  In that area, there’s a lot of phosphorescence in the water, so wherever there’s movement, the sea lights up.  Some dolphins came to join us, swimming by the bow, and it was like dolphin-shaped stars in the water, reflecting those above.  And that’s what Medellin looks like at night-time: as if a star has fallen and splashed a million pin-points of light all over the valley.  Day-time has a different effect, though no less beautiful: the innumerable terracotta-coloured huts all crammed together look like nothing so much as a bunch of brave little crabs clinging to the slopes.

After we wound our way into the valley and I made it to my hostel, it was straight to the supermarket for some alcohol and then getting ready for a night out.  It was already 9pm or so and I was quite tired after the volcano etc, but how often in your life are you in Medellin on a Saturday night?  At first I talked to some German girls who were going out, but they were a bit… ‘low-key’.  Haha I do nothing by halves, and when I decide to go out, it’s definitely a case of ghogh (go hard or go home): low-key is just not on.  Next I found some Israelis (purportedly renowned for their similar attitude in this respect), and the night seriously picked up.  I went out with them (a brother and sister—Tommy and Mickey, respectively), two Brits and an Italian-Swiss man.  I think we had others floating in and out at various points.

My night was hilarious, and infinitely better than most nights out in Aus.  We stayed in one bar the whole night, and when we paid the cover we were given a card to exchange for a free drink.  I asked AK, one of the Brits, why I had a naked lady in my hand, and he explained to me that it’s ‘that kind of place’, then proceeded to try and convince me that girls were expected to make out in this particular venue.  Nice try, mate.

My general rule of sticking to vodka didn’t work out particularly well once we arrived.  I ended up in a round of tequila with the Israelis and the Swiss guy, but wouldn’t let them drink until I’d explained my favourite Russian tradition.  That is, before you do a shot, you have to make a toast to something good that’s happened: Tommy tried to get away with toasting to ‘life’ but I quickly shot him down.  Hahaha his next call was to ‘good sex’ and we could hardly say no!  My toast later on was to getting caught in the tropical rain :).

The music, to start with, was very eclectic.  It was a weird mix of Colombian and really random Western music: so soon enough, I found myself sambaing to Metallica with a Colombian man.  I, never having learned any kind of Latino dancing, decided to follow ‘Shakira’s Rules for Life’ (being that ‘hips don’t lie’), and used it as my guiding philosophy in figuring out the whole thing.  It worked surprisingly well, apart from one incredibly awkward dance with an Argentine man.

Soon after Metallica finished, I found myself next to a Colombian holding a bottle of something anonymous, shot glasses, and an epic cup of chaser.  He offered me a shot, and being that no adventures start with ‘no’, I accepted.  I had a couple more from him later on as well, but it was terrible, really: he was incredibly morose, as if he were wrapped around in dark clouds, so I couldn’t bring myself to engage him in conversation.  So I was ‘that girl’.  (I did get the people I was with to keep an eye on me post-drink btw, in case of spikage).

In AK’s words, I really stuck out in the crowd: I was the only blonde in there.  Later on, two blond guys arrived and so naturally I high-fived each of them for hair colour representation.  It also meant a ridiculous amount of attention.  I think my favourite sequence of sentences all night was from two Colombian men who looked as if they were joined at the hip they were so eagerly jumping over each other.  They went, “Why you so beautiful?”, before following up with “you had kids yet?”.  When I said “no”, they did a massive fist pump and went “wow“.  It was fucking hilarious.  I couldn’t help but wonder why they wanted to know if I’d had kids—I was like… birth canal?!  Priceless.

By this time I’d found the rhythm for the Colombian music and was having a freaking awesome time dancing,  Sadly, soon enough it was 3am and closing time (why so early?!), though tbh I was already exhausted.  I thought to myself that at this rate, my lower half’s going to be so muscular from all of the dancing and walking I’ve been doing, that it’ll walk off one day leaving my upper body flailing around by itself.  Anyway, the Israeli guy was not ready to go, and somehow started some kind of strange clapping dance with a whole bunch of Latinos which went on for about half an hour, firstly in the club then on the street.  We were home by around 4 or 4:30 though.

I woke up a few hours later and couldn’t get back to sleep, so decided to go on an adventure—so I headed off to Guatape, first stop La Piedra.  This is a giant rock in the middle of stunning countryside, from the top of which I’d heard there was a good view.  It took me a few hours to get there, and as usual, everybody was very helpful.  (With the exception of one guy who was on the road as I started walking from the bus stop: he was seriously fucking creepy.  Obviously I have little idea what he was saying, but he was talking in the rapiest tone, walking all around me appraising me as though I were a horse, and licking his lips lasciviously.  I was more than happy to out-distance him.)

In the car-park, I came across a girl called Carolina who spoke English, and she was nice enough to take some photos with me in them.  Then it was time for the 700+ step ascent.

The view from the top:

When I was finally done with the rock, I started my descent and bumped into Carolina once more, so we had a good chat.  I was later walking down toward the road when she and her family pulled over and offered me a ride back to Medellin.  I was torn, as I’d heard Guatape was unmissable.  She said that it was, but that I should be careful to get out of there before night-time.  She then realised I had the intention of walking there (<1hr), and flagged down an electric car for me (tbh I was very happy to not walk past the creepy guy again).  She was honestly so helpful: just like every Colombian, as I’ve said before.

Guatape was indeed very nice: it’s where I took today’s featured image.  A couple of hours later though, it was time to catch the last bus back to Medellin, and so I headed off.  When I reached the metro, I waited in line for around 20 minutes to buy a ticket, only to find out it didn’t work.  So the guard sent me back to the window to swap it over (you can imagine the miming involved), then I waited in line for the barrier gates again.  At which point, my new ticket didn’t work.  A gorgeous black guy who’d seen at least the last half of this process then gave me his ticket, grabbed mine, and went back to the ticket window instead of me.  SO SO NICE!!!

On Sunday I caught a cable-car over Medellin’s slums to overlook the city, meeting a lot of lovely people in the process.  One man commented on how much he liked my tattoo (this happens a lot), and the next thing you know I’m talking with a bunch of Colombians with his translation assistance.

I had some time to kill before my walking tour began (I’m talking about that in an entry by itself), so went to the botanical gardens.  It was full of groups of school children, and I kept finding myself in clouds of kids and teens teaching me Spanish, saying hello, and asking to be in photos with me.  Haha I’m in photos with strangers all over the world, it’s pretty funny.

After the walking tour, I went back to the hostel to grab my stuff then headed straight for the bus station, in order to catch the overnight coach to Bogota.  Horrible idea.  Horrible, horrible idea.  Granted, I saved some money, but.  You read all of these reviews about how cold the buses are, and even though I’m a human heater I was freezing.  I’d had enough foresight to take some thermals onto the bus just in case, and at around 3am ended up stripping off in the aisle so that I could put them on under my clothes: and it was still nigh on unbearable.  The chairs are also entirely lacking any kind of lumbar support, and mine squeaked with every tiny jolt in the road (of which there were many).  In my exhausted mental state, I felt like the squeaks were the sound of the sadistic chair laughing at my inability to sleep, and foolhardiness in catching the bus.

I’m now back at Laura’s house in Chia and will be here for around another 36 hours before heading off to the Amazon for 5 days (hells yes!).  I’ll try to get the walking tour entry done tomorrow, it should be a good’un.  In the waffliest of ways, of course.  🙂