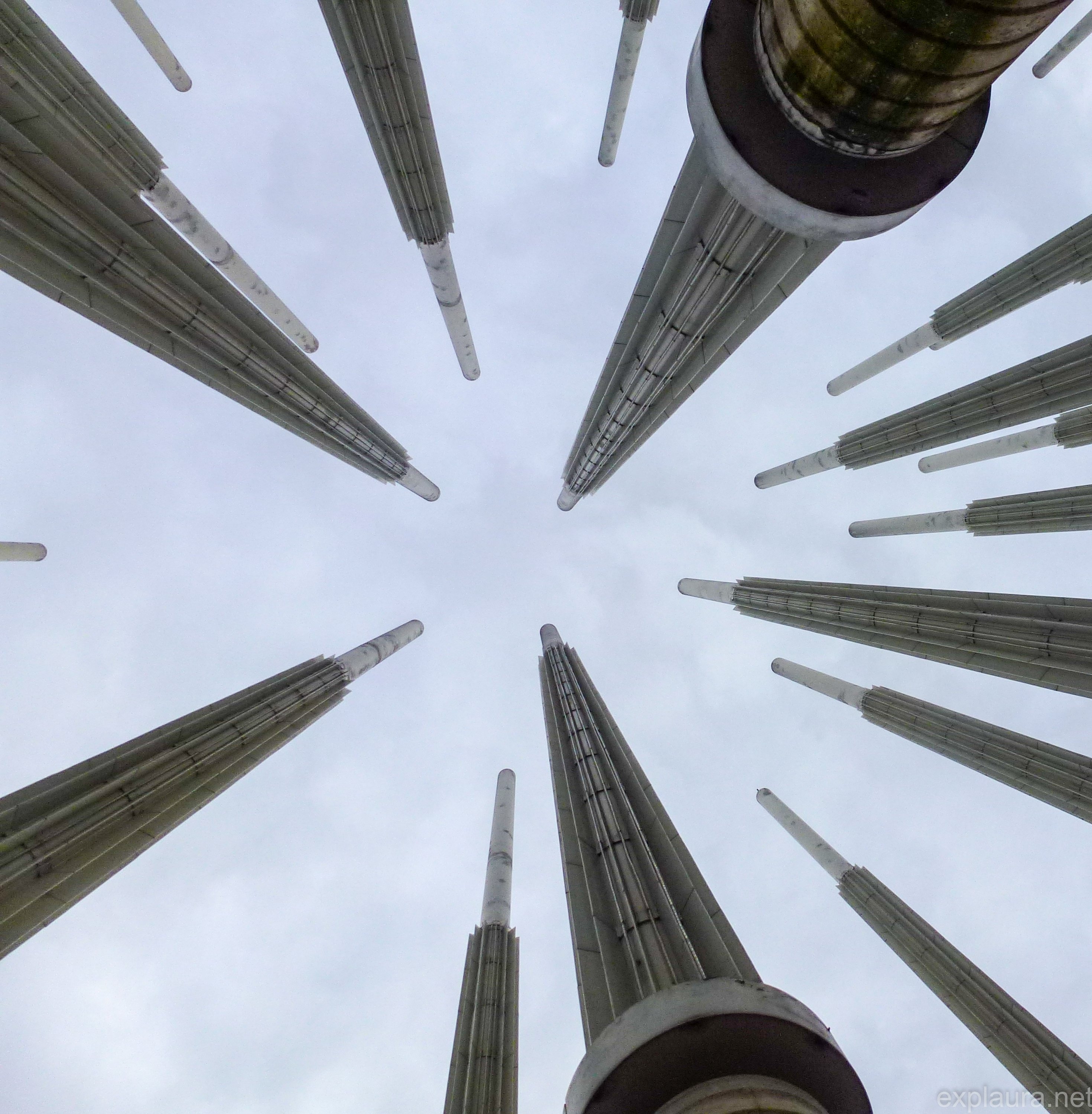 “Guys, is it very important that you understand what the fuck has been happening here the last sixty years,” said our tour guide.  I was on the free walking tour in Medellin, and our guide Pablo was about to explain Colombia’s history in a nut-shell.  Not, might I add, an easy thing to do.  When I told my students in Russia that I was going to Colombia, they were worried about me: it’s clearly a place under the duress of massive stigma and a culture of misunderstanding.

I am in love with Latino writing, and more specifically their use of magical realism.  The first book in the style I ever read was Laura Esquivel’s Like Water for Chocolate, and it was so vivid that I feel like I can still taste the chilli, smell the chocolate, and see the sister running off with her lover on horse-back.  Gabriel Garcia Marquez is one of the most famous writers in the field, and it was only actually last week that I learned he was Colombian.  He’s from a small coastal town, which has a completely different culture to that in Medellin: but nonetheless, I can understand how magical realism started in Colombia.  It’s in every minute of every day.

Medellin became rich thanks to a railroad, built on the back of 250 years of gold mining.  As in Marquez’ One Hundred Years of Solitude, it was the arrival of the train that changed everything.  Suddenly, a previously inaccessible world was opened up, with drastic social and economic consequences.  Subsistence became industry, and with the ‘discovery’ of coffee by the West in the mid-1800s, export brought money into the country.  The train was almost literally an engine of progress, and it would later be another locomotive—in the form of Medellin’s metro system—that helped to keep peoples’ heads above water during drug cartel domination.  It’s a matter of great pride for the city, and as Pablo pointed out, the metro itself is spotlessly clean.  It almost feels unused.  The announcements over the loud-speaker are also atypical, my favourite being “Smiling is good for the soul.  There is always a reason to smile.  And it is part of the metro culture.”  Medellin’s is the only metro system in the country, and really is a symbol of hope.

Pablo later told us about the deaths of 22,000 civilian deaths in 1985.  “The left took justice and raped it, then the right took justice and raped it, then one week later nature took it and slapped it in the face.”  Most of the deaths were due to an earthquake, which followed clashes between guerrillas and government forces in Bolivar Square (Bogota) by barely a week.  Listening to him describe it, I was reminded of ‘Bloody Sunday’, a day in Russia’s history where ~1000 civilians were killed or injured by the Tsar’s forces in Palace Square, St Petersburg.  It struck me, not for the first time, that human history is one of violence, while all of the great love stories are lies.  Happily, however, Colombians don’t think like that: instead, they forget.  Hence, you have these strange contradictions between a country which is still in civil war and an incredibly happy populace; one wasted and helpless man being searched by police in the square while his companion unconcernedly and involvedly blows bubbles in the air next to him.

But what of the drugs?  Colombians must love cocaine, right?  We all know that it comes from here, and a lot of tourists come here for that reason: surely they bring money into the country.  In Pablo’s words, “the only thing we owe drugs is pain, blood, suffering and stigma.”  As a man named Pablo from Medellin, he’s inevitably searched whenever he travels, but it’s not just that.  There’s the fact that for every 1 gram of coke produced, 4 square metres of rainforest is destroyed.  Moreover, it’s coke that has fuelled the violence in this country.  What was once a conflict between Left and Right (and don’t forget, this is against the backdrop of the Cold War, and nearby Cuba had just switched to Communism) became all-out guerrilla war-fare when drug cartels played one side against the other in order to protect their crops.  That in turn brought money, which only served to escalate the conflict further.  Hundreds of thousands have died in the war which has been ongoing since 1964, most of them civilians.

Happily, however, things are changing for Colombia.  More and more areas are becoming safe, tourists are starting to come, and people no longer have to be afraid of assassination while in their own homes.  Part of this is thanks to education: in Medellin, libraries have been built in the middle of slums.  Our ever-eloquent tour guide explained that they are the “needle of the slums”, and that they’re serving to lance away many of the problems faced.  Today’s featured image is from the ‘city of light’: a massive stand of tall lights by a library in the centre of the city, which only 15 years ago was too dangerous to go into.

When I was reading One Hundred Years of Solitude, I found it very difficult to keep track of who was who.  Everybody was either Jose or Aureliano, and it covers six generations.  After a while, the individuality of each of the characters was blurred, and what became important was the cycles of history, and moreover the cumulative events that occurred.  Rather than dwelling on individual tragedies, instead it became this build-up of progressively fantastical events, until the minor happinesses and obsessions of each character all join together to create this vibrant tapestry which is beyond life itself: and that’s how Colombia feels to me.  Pablo said that “I think we Colombians forget on purpose,” and it seems almost as if this creates the blurring featured in Marquez’ book.  Rather than remember the massacres and warfare, assassinations and fear, Colombia’s history instead becomes a montage of minor World Cup victories, of winning stages of the Tour de France, of saving itself, and a metro that represents it all.  It’s ultimate magical realism, wherein the good things are divine moments, and the rest is subsumed by comparison.