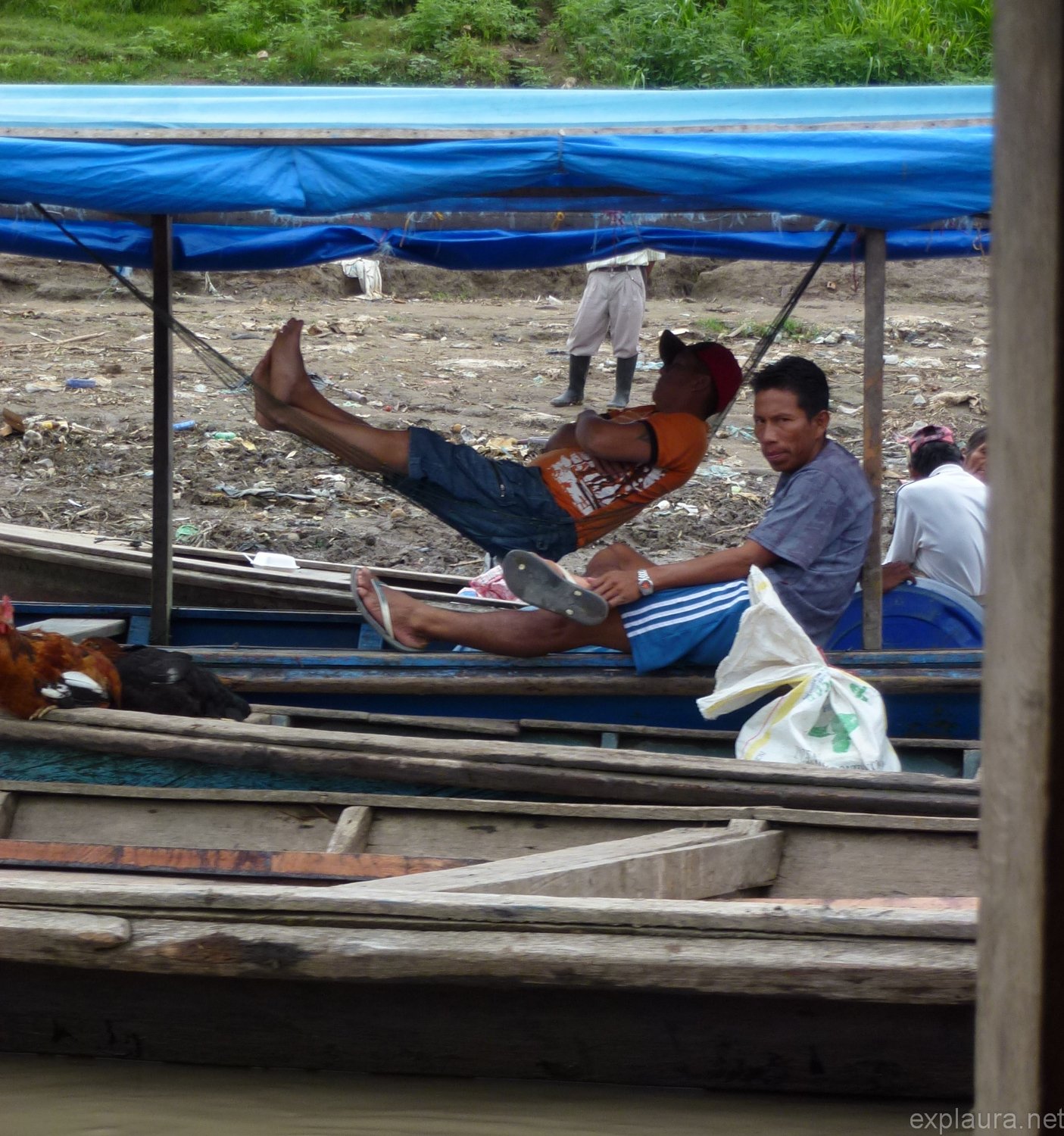 By now, I’ve talked several times about the hot/cold country dichotomy, and peoples’ theories about how the weather influences your personality.  Sigh.  I give in!—there might be something to it.  As I’m sure you’ve noticed, my Russian posts were inevitably acerbic, whereas here in Colombia I’ve become almost unbearably loquacious.  I’ve gone back to writing poetry, for goodness’ sake: so apologies for the recent massive stylistic change!

I obviously didn’t take my laptop into the middle of the Amazon with me, and instead took notes for the blog while I was there.  Rookie error.  I’ve just typed the notes up (my writing’s actually that execrable that if I didn’t do it while I could still remember what my notes were vaguely about, I wouldn’t be able to read them)—and it’s three pages.  Part of that is because, oddly enough, my Amazon experience was markedly different in a lot of ways to the things I’ve done before, and as I spent a lot of the trip with indigenous people, there was a lot to learn and write about.  So again, please forgive me as I write the world’s most epic blog posts in the most unnecessarily verbose of ways.

Access to the Amazon in Colombia is via a small city and ex-military base called Leticia, in the south-eastern corner of the country where Colombia, Peru and Brazil intersect.  Access is par avion only.  I slept for most of the flight, only waking ten minutes before touch-down: upon which I immediately got involved in an intense discussion about policy, public-private partnerships and corporate ideology with the Amerikanets next to me.  We kept talking even as the plane hit the ground and rolled to the airport.  It’s weird: when I was 18 and started travelling, it felt like everyone was about my age.  Now I’m 28 and find the same thing: and even though I’m no longer working in a law firm/corporate environment, still everyone I speak to is a lawyer/politician/banker/etc.  It’s, been, great.  See?  It’s not like all travellers are drop-kicks who are writing off their lives—there’s also a cadre of super-intelligent people who aren’t challenged enough in daily life.

I casually booked my Amazon trip through a company called Borugo.   The owner, Alejandro, dealt quite well with the fact that I hadn’t paid him any money, given him any credit card details, and didn’t in fact book my flights until the day before departure.  There were no tours already running, so it was just me, a native guide, and a translator.  The translator Guillermo, a linguistics student, met me with a sign at the airport, and then it was off to Alejandro’s house to sort out itinerary, payment and so on.

Alejandro’s house had a distinct air of Colombianness.  Living in rainbow-land as I do, I couldn’t help but imagine the place full of cigars, shady deals and intrigue.  (I think a Cuban element slunk in with the cigars).  We were there for a bit, thence to a cafe for lunch, where we saw a girl who looked exactly like Kirsten Dunst.  It made me think about disappearing, as I often do: and certainly, if you wanted to hide from the world, a far-flung corner of Colombia would be the place to do it.

Next it was waiting for Guillermo (henceforth ‘Bambi’) and the boat-driver to arrive.  Then it was waiting some more, over coffee.  Then finally we got into a small boat, to head to the main boat pontoon (where we waited again for an hour or so).  It was a very slow day, and very much running on Colombian time.

Finally, a boat arrived to take us a couple of hours up the river (yes, the Amazon), to a town called Puerto Nariño.  We went straight to a sort-of conservation museum, Natutama, where we learned about the animals of the river.  Happily, it was one of the few times I didn’t need Bambi to translate for me: animals I can cope with.  Stories, however, I can’t, and we heard quite a few myths of the local indigenous people on the trip.

The first of these stories was how the moon came to be in the sky.  Back in the day, there was a man in the local tribe who had exceptionally white teeth, and he was very vain about it.  The other people in the tribe asked him how come he had such white teeth, but he would never tell them.  Then one day, his sister followed him into the jungle, and saw him eating from a very special plant.  She figured out that’s what was making his teeth so shiny, and she cut it down.

However, that’s not all there was to it.  Our white-toothed friend wasn’t just vain: he was also in love with his sister, and stalking her.  She knew that someone was watching her, and so one night she hatched a plan.  She put some dye from a special staining plant on her hands and pretended to go to sleep.  When she sensed that there was someone above her, watching her, she leaped up and quickly put the dye on their face.

The brother, startled, ran away until he came to a lake.  There, he looked down and saw his reflection, and was aghast to find that he had dye on his face: and it just wouldn’t come off.  He knew that he couldn’t return to his village, as everybody would know he had been stalking his sister (and plus, he was too vain to return while so disfigured).  Hence, he ran away to live in the jungle.

One day, while crying piteously, a bird swooped down and asked what the matter was.  He said that he couldn’t return to his village, that he just wanted to run away, and the bird agreed to help him.  The bird advised the man that there was a very tall, hollow tree in the forest, and that he should climb it until he reached the top.

That’s just what the man did: he found the tree, and climbed and climbed and climbed, for what seemed like forever.  At long long last, his head popped out, and he found that he had climbed so high, he was among the stars: and that’s where he lives today.  His face, with the shameful dye from his sister’s hands, can still be seen in the night sky in the form of the moon.

After story-time, Guillermo and I walked through the town to find our hotel for the evening.  It was utterly rustic in its charm, having that torbidly romantic air of a 1930s novella: I felt that if I only opened the door, I’d find myself amidst the heavy glamour of Egyptian ruins, or of some other exotic location.  Which, I suppose, I would.