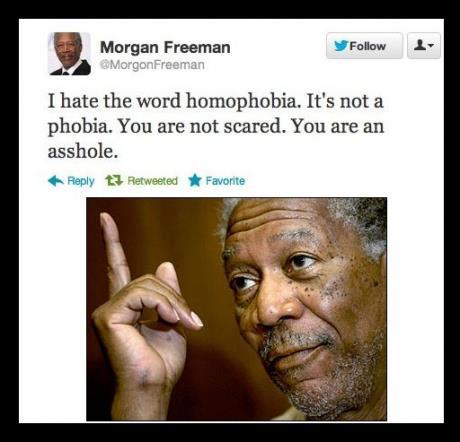 Now that I’m no longer in Russia, or working for or with Russians, I can finally talk about something as ‘outrageous’ as attitudes toward homosexuality in Russia.  I just want to make it clear that I’m not breaking Russian law right now!

“He signs with a girl’s name,” squealed one of my students.  “He must be gayyy!”

Homosexuality/homophobia is a big issue in Russia at the moment.  I think by now most people have heard how Russia feels about it: there was the law-suit against Madonna; the fact that the gays aren’t welcome to ‘practice homosexuality’ at the Olympics; the arrests last week; and the ‘gay propaganda’ laws that now apply to the country.  Russia does not like gays.  It’s a pretty clear message.

My stand-point is of course, as usual, an entirely liberal one.  I really couldn’t care less what genitals you have, or what you like to do with them—as long as it’s between consenting adults, I just don’t care.  It doesn’t affect me at all.  Or, looking at it a different way, having spent a lot, and I mean a lot of time in hostels (by now more than a year of my adult life), I’ve seen it all.  Boy on girl, boy on boy, girl on girl: and they’re all equally icky.  I shared a room with a gay man in Manchester for a month or so (and tried not to think too much about his promiscuity, and how the sheets were never changed).  I’ve got gay friends.  One of my friends used to head the Gay and Lesbian Committee at USyd, and I went to a party with Zak.  After we’d arrived, he looked around and pointed out that we were the only straight ones there: and I didn’t care.  People are more than their sexual preference, and more than their gender.

Are there situations that make me uncomfortable?  Yes.  The lead singer of one of my favourite punk bands, Against Me!, was the manliest dude going: until, that is, he declared herself transgender, and she now lives as a woman.  It’s confusing on a couple of levels: there’s the fact that this incredibly masculine punk voice is coming out of someone who looks female, and there’s the fact that the transition isn’t complete.  Liberal though I am, I still find it confusing when I don’t know if someone’s a man or a woman, and that’s the case with my eyes and the newly-Laura Jane Grace.

This singer, Laura, was married with a daughter when she came out to the world as transgender.  I’m not sure, if I were married to a man who became a woman, that I’d be able to deal with it.  But I read an interview with her wife, and she says that sexuality’s more fluid than we think, that it’s the person she loves, not what they’ve got.  I also once read an interview with Anna Paquin, one of the stars of True Blood, who identifies as bisexual.  She said this thing, that it’s not important to her whether someone’s a man or a woman; it’s the soul that she falls in love with.  I think that’s a really beautiful idea. While I’m not attracted to women, I’d love to be able to love each gender equally.  Haha ultimate egalitarianism?

I should mention before I go on that I’ve never heard a Russian discriminate between gay, transgender, cross-dressing etc.  I’ve witnessed a male student dressed as a woman (for a play) who was accused of being ‘gay’.  There doesn’t seem to be any distinction between the categories, or at least, I haven’t encountered one.  It’s not like gay men dress as women, or gay women dress as men: it’s not some kind of signifier.  That’s just cross-dressing, and who cares?  Scottish men are super-manly but wear kilts.  And if you look into Russia’s history, men’s costumes used to look more like dresses than anything else.  Does that mean that all Russians a few hundred years ago were gay?  Of course not.

Then there’s transgender, where for whatever reason you feel like you’ve been born as the wrong gender.  It’s not the same as being transsexual, which is getting a sex change.  It’s living as the sex that you identify with, rather than the one that your genitals declare you should be.  At this point, the singer I mentioned is transgender, and may in the future become transsexual.

Then we finally get to homosexuality, being gay.  You may be transgender (though this is the exception rather than the rule), but either way you’re attracted to your own sex.  Maybe not exclusively, after all, bisexuality’s a thing as I mentioned.  And there’s something that confuses me: why on earth is it ok for two women to have sex, but not two men?  It weirds me out.  One of my friends once told me that he doesn’t understand why his guy friends are into watching girl-on-girl porn, because as he put it, “it’s the only situation where I’m completely unwanted”.   *Eye-roll* male fantasy.

I’ve had a few gay students of course, and one transgender student.  Not that we’ve talked about it of course, and not (hello, Russia’s anti-propaganda law) that I have ever brought up homosexuality in class—but it’s completely obvious to anyone with a mote of common sense.  I’ve even had one student who publicly announced that he didn’t care what orientation someone was, as long as they were a decent person.  This kid was a little anarchist, and amazing.  I wrote in his school report that he should consider leaving Russia.  There’s no future for him there.

I’d like to mention briefly the gay gag law that’s been passed in Russia.  Of course, I was already operating under St P’s “anti-gay propaganda” law, which forbade me from talking about or ‘encouraging’ homosexuality to children.  Because, to the law-makers’ minds, people choose to be gay, and if we talk about being gay then kids might choose to be attracted to their own gender.  It’s utterly ludicrous.  Why on earth would anyone choose to be gay, especially in Russia, where they will be persecuted?  Who in the world would choose to be in a sexual minority, making finding love that much harder?  Who would choose to be disdained in a lot of the world?  It’s like choosing to be one of the Untouchables in India’s caste system, or choosing to be red-headed during witch trials that saw redheads killed for casting freaking spells.  Nobody would choose that.

I also have to mention this idea of ‘manliness’ that comes up.  People generally tolerate man-on-man less than girl-on-girl, as I mentioned, and Russia is no exception.  Gay men aren’t seen as ‘real’ men.  Well, I have to say that I didn’t meet what I would call ‘real’ men in Russia.  We all have different opinions of course, but to me a real man is independent, creative, open-minded, and secure in himself and in his sexuality.  A ‘real’ man isn’t scared of or disgusted by gay men.  A ‘real’ man uses logic and reason rather than insults to promote his ideas.  A ‘real’ man isn’t so scared and cowardly that he won’t consider opinions other than his own.  A ‘real’ man respects those around him, and treats people based on how they treat him.  A ‘real’ man is prepared to be good and brave.  A ‘real’ man doesn’t insult and degrade others for who they are and how they live their life.

I made up a little ditty years and years ago, and it encapsulates my views fairly succinctly: “people can do and be what they may, but don’t fuck with me, and don’t fuck with my day.”  Other people being in love most certainly doesn’t fit into either of those categories.

An open letter from Stephen Fry