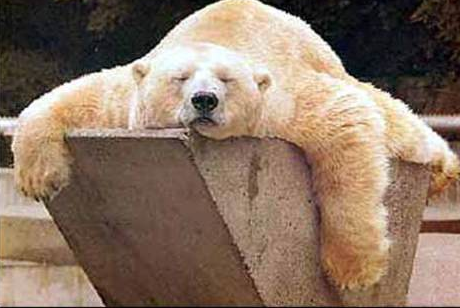 At the moment, I’m living a thoroughly languid life.  For the already indeterminate time I’ve been at the new hostel, I’ve spent most of the time in the room, writing and living on coffee and sunshine.  I’ve unintentionally taken all of the facets of the ‘starving artist’ stereotype on board, from the following up on free meals to the writing and dreaming in an incongruously exotic location.  The fact I’ve been reading far too much Gabriel Garcia Marquez hasn’t helped at all—on the contrary, One Hundred Years of Solitude has me imagining I’m in some magical village in the Caribbean.  To be fair though, my life does have a strangely surreal quality to it.  My first morning here in the hostel, I was awoken by somebody else’s alarm clock going off next to my head: the next thing I know, a naked Norwegian girl jumps off the top bunk opposite and comes hurtling toward my head.  I was half-asleep, thoroughly confused, and remember thinking “wtf do you think you are, an Amazon?!”.

Following this, naked girl and her equally naked friend wandered around the room for a good hour, with apparently no inclination to put clothes on.  It’s not even an all-girls’ room: on the contrary, the Italian guy opposite me was perving on them, then every time they looked around, he’d pretend to be asleep.  Fair enough that he was looking, but it got creepy when one time he opened his eyes, made eye contact with me, and winked conspiratorially, as if I were complicit in his schemes.  Eeeeew.

This particular Italian guy later showed his own aversion to clothes: he didn’t even put on pants until 15.51 in the afternoon.  On the contrary, he was walking around posing at me all day.  He also has other unusual habits, including showering for several hours every day.  He usually gets in at around 23:00 and re-emerges to cook dinner at around one in the morning. His English (or engliano, as I’ve taken to calling it) adds to the peculiarities of his character: it’s like someone from opposite-land taught him.  He says ‘hello’ rather than ‘goodbye’ and ‘good’ rather than  ‘bad’ and vice-versa.

Of course, there are also some normal people here.  There are two Polish guys in my room who are very friendly.  Last night I went with them and three other Poles (lollllll) to eat watermelon and drink wine in a park (high school??).  When I saw that the wine was in a plastic bottle, I couldn’t help but laugh: to which one guy was a little affronted, defending it by saying that’s how all of the local wine comes.

I’ve also met some very interesting people at the hostel’s breakfasts.  On the first morning I ended up talking to a Taiwanese girl who’d come to Greece specifically to see one theatre, which took us to a long conversation about different ancient Greek plays and tragedies.  On the second day I spoke with an Australian guy (which normally I avoid like the plague when travelling) who lives in Brazil and makes a living playing poker—because apparently that’s a thing.  The next day I ended up speaking with a Norwegian composer, which in turn led to a lengthy conversation about the devices employed by our favourite classical composers!  So yes, basically, I’ve been geeking out like crazy.

Apart from being in the room writing and reading and variously procrastinating, I haven’t done that much.  I’ve been to the beach twice which has been lovely (albeit busy), though I had a very strange moment yesterday when a guy started swimming after me trying to talk.  Really: he saw me enter the water and swim out to sea, and decided that it would be a great idea to follow me and try to make my acquaintance.  Wtf Greek guys, wtf.

And on that note, I need to go and eat before I dieeeee.