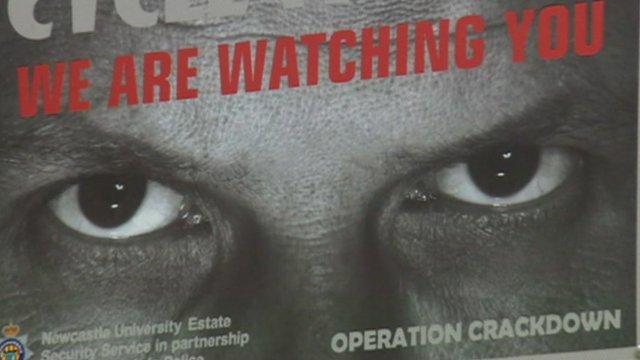 Congratulations, you’ve just learned some Greek!  ‘Yes’ is pronounced ‘neh’ and ‘no’ is pronounced ‘ochi’, with the ‘ch’ being like in the Scottish pronunciation of ‘loch’.  Incidentally, ‘loch’ (again the Scottish way) is roughly the equivalent of ‘douche-bag’ in Russian.  Two languages for the price of one!  So yes, Greek isn’t confusing at all.  It reminds me of when I went to Bulgaria, asked someone a question, and they said ‘yes’ but shook their head.  As it turns out, in Bulgaria, you shake your head for ‘yes’ and nod for ‘no’, and as far as I know, it’s the only country in the world that does it.

Today was a fairly random day, just chock-full of procrastination.  I got up fairly early and headed to my hostel from last year, near the Acropolis.  My intention was to go on the same walking tour as last year, because the guide is amazing and I want a refresher.  However, as it turns out, he doesn’t work on Thursdays, so I decided to go on a mission instead.

I started off by taking photos of graffiti:

This just about made my eyes bleed!

Amazing, right? Hercules and the hydra 🙂

This reminded me of both ‘Teddy-bear’s Picnic’ and of the ‘Can’t go over it, can’t go under it’ book.

I like that some of the graffiti/street art flashes back to traditional Greek painting.

Because why have an ordinary door, when you can have a magical door to the ocean?

I then spent quite a while trying to un-lose myself.  Again, I’m glad I can read the Greek alphabet, or I wouldn’t have had a hope with most of the street signs!  I was trying to find a jewellery store the girl from the hostel told me about.  Basically, I’ve been wearing my current snow-flake necklace for more than 4 years–and before that I had a clock necklace for 3–so I figure it’s about time to change.  I’ve decided that want I want is a silver clam-shell pendant.  It’d be cool if it had a small pearl either side, but I’m negotiable on those.  Haha and this is how I shop–decide what I want, then scour the globe looking for it!

Tragically as far as my finances are concerned, before I made it to the store I was looking for, I somehow ended up in an art store.  I re-emerged quite some time later with a beautiful little painting.  It only cost ten euro, but still: can’t afford food, buys art.  Could I be more pragmatic?

I eventually made it to the store, and it was amazing (hence the link above), but no clam-shells to be found, so the mission continued.  I went into another store, where first the lady said that “no, we don’t have things like that, only traditional Greek things”.  I pointed out to her that actually, clam shells were sacred to Aphrodite, and a recurring theme in Greek art.  She then tried to offer me a silver pendant of this calendar thing (which I saw the real version of on Crete), saying that it’s a motif of “the world’s oldest calendar.”  I asked whether the world’s oldest calendar wasn’t in fact the Mayan calendar.  She then said that in the past 30-ish years of her selling jewellery, she’d never seen a clam-shell pendant, and I pointed and said, “isn’t that one right there?”  Whyyyyyyyyyyyyy do they try the bull-shit.  Anyway, the pendant was too big and shiny, so I left it and continued on.

The next clam-shell I found was in a bead store, and it was a bit dodgy-looking and made of zinc rather than silver, but it only cost 40 cents so I bought it so that I could show jewellers what I wanted.  The lady in that shop, incidentally, thought I was a teenager–hilarious!

I then became side-tracked once more, spending a good long while in a statue and pottery shop near the art store, where I’d actually bought a couple of things last year.  This time I emerged with a beautiful little statue.  Happily, the owners bargained themselves down: perhaps they could sense that haggling is an excruciating process for me?  The statue cost me 12.50 rather than 26.  Yayyy.

I next found a clam-shell in gold, but I simply cannot stand the sight of gold.  The guys in that shop suggested I try a nearby street, where there were apparently a lot of silversmiths.  I wandered on up, and found myself suddenly installed in a chair in a huge jewellery store, with the two Greek workers in front of me.  And then it all got out of hand.  I was just being myself, which is a dangerous thing to be in shops: then they want to talk to you, instead of letting you leave!  Anyway, the jewellery designer, who was of indeterminate but past-middle age, didn’t have any clam-shells, but found this one spectacularly beautiful necklace for me.  It really was gorgeous, but even after a generous discount, too expensive; more to the point, it looked a bit too expensive for me to feel comfortable wearing it while travelling through poor countries.  The designer insisted that it would be a great Greek souvenir, and then somehow he got side-tracked into saying how sweet and lovely I was, and then talking about a cruise he went on in the Red Sea.  I’ve been there, so asked if he’d gone diving, and he said “yes”.  The next thing I know, he’s gone to the next cabinet, opened a drawer, and is coming back with his holiday photos.

The first photo he gets out to show me is literally him naked on a boat.

(I feel like that deserved a paragraph all to itself).

What’s more, as he then starts putting the rest of the photos in front of me (mainly selfies and an awkward number of crotch-shots), he puts them in one pile, with the naked photo by itself to one side.  I was pretty proud of not giggling haha.  But oh god, I then couldn’t escape until he’d shown me alllll his photos, so I was in the store for probably 45 minutes.  I felt like I’d been freed when I finally left!

While on the topic of Greek guys being …’up-front’… they really are starers in this country.  It’s weird: people in Turkey stare as well, sometimes with shock because we’re obviously not dressed as conservatively as the locals, or sometimes simply because we’re foreign and look different.  But with Greek men, either they’re appreciating you as an object of art, or as an object of lust.  It’s a lot worse.  Just now, I went out to a nearby cafe to grab some dinner, and the waiter sat me at a table in the exact middle of the dining area.  To all f&b staff everywhere:  never, and I mean never ever seat a woman eating by herself in the middle of the dining room.  Alway, always put them by a door or window.  I eat by myself a lot while travelling, and that’s totally fine: but the moment you’re put in the middle of the room, it’s like you’re on a stage.

Tonight was no exception.  To be clear, I’m not paranoid, and I don’t think I’m overwhelmingly attractive, but every single man in the restaurant was staring at me.  Continually.  Because that’s what Greeks do.  As an example, directly in front of me there was a table of two guys.  One was facing me and looking, and his friend turned sideways in his chair so that he could sit there and watch me while talking to his friend.  He didn’t even try to hide that he was looking: on the contrary, he ducked down so that he could look under the table and check out my legs.  And on that note, I fled.  Not that cool, I know, but it was really awful.  I went to the waiter and he changed my order to takeaway, and thankfully I got out of there quickly.  I still feel yucky, even thinking about it!  I wander what чё смотришь is in Greek?

Anyway, these latest blog entries are getting out of control, and I’ve got to get up at stupid o’clock to teach tomorrow morning, so I’ll be off.  Incidentally, now that I’m starting to get to know my students better, this whole Skype-teaching thing is a lot better.  For example, my student tonight was a 14-yo boy, which initially I felt a bit weird about.  Who sets it up so that their kid is being tutored via the internet, with someone they’ve never met?  But now it’s fine, and it was actually pretty hilarious this evening.  We were working on sentence stress, and in the middle of repeating “I didn’t say I saw him at the disco” with the emphasis on different words, I started laughing and asking “what on earth am I even saying?!?!”  Then again, that’s true of a terrifying amount of what actually passes my lips (and just wait til you read my book!).