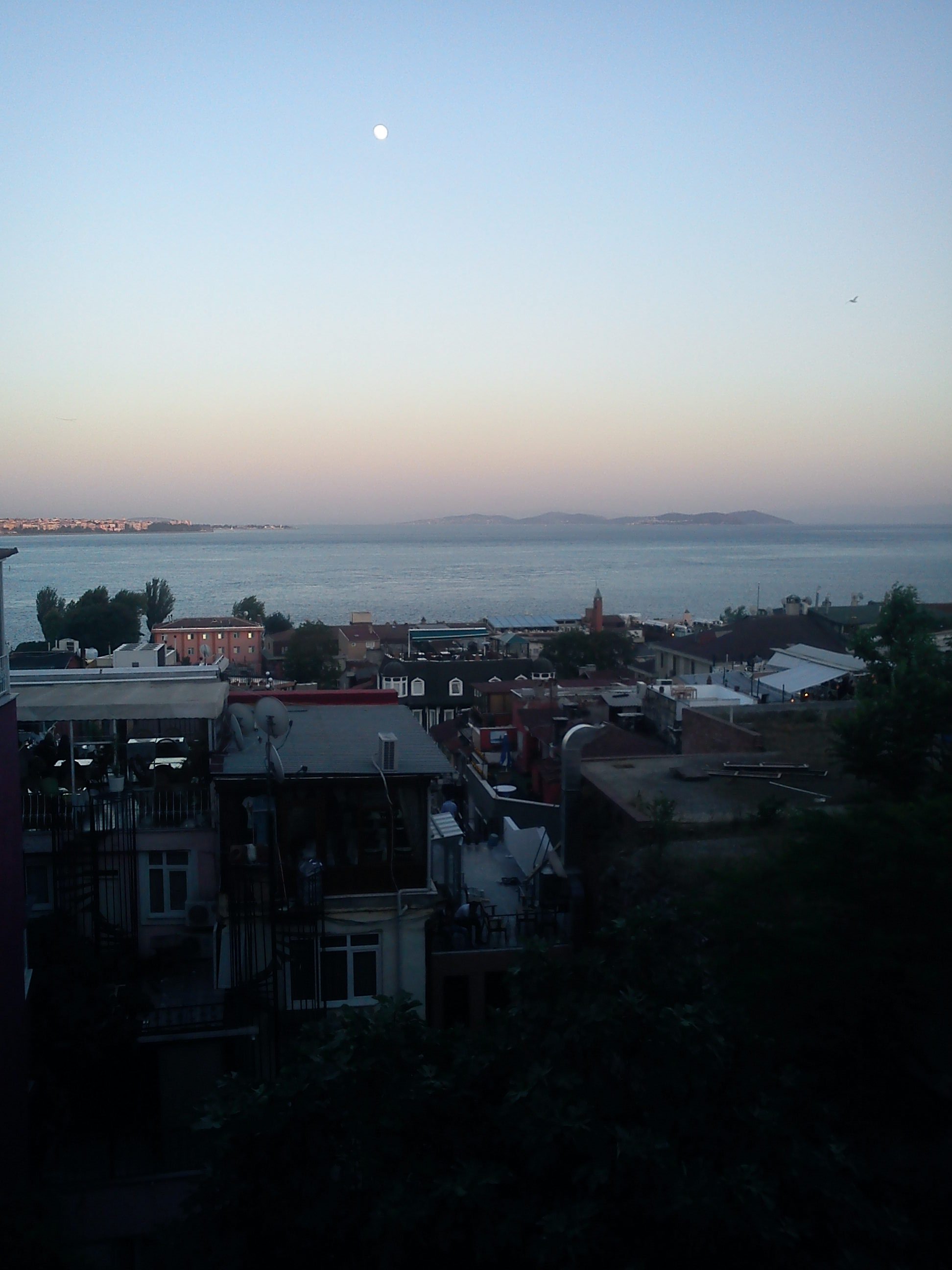 Manners
A quick update from Istanbul

Last night, I was at dinner with the two girls I’ve been sharing a room with for the past week in Istanbul, when one of them suddenly said, “Lately, I’ve been thinking a lot about love.”  The other two of us waited to see where the sentence was going, but apparently that was it.  The other girl said that Istanbul is a very romantic city, that there’s something in the air here, and I’m inclined to agree.

Last time I was in Istanbul (March 2012), I absolutely hated it.  The city itself doesn’t call to me, the food’s bad, and the constant hassling from men was intolerable.  This time though, with friends, it’s much less offensive.  Granted, I’m spending 90% of the time in our hostel/hotel room, studying and working on projects (much-needed time!), but even our sojourns into the outside world have been quite nice.  It doesn’t hurt, of course, that Turkish men are generally very good-looking.

After the hecticness that was last Saturday night, I and the girls from my hostel room at that time turned up fairly late to the conference.  We weren’t sure if it was going ahead for the final day (and the organisers were more than lax in communicating with us), and plus, we had to navigate around the tear-gas which surrounded the conference centre.  At one point, I heard tear gas fired at least sixteen times in the same place, and you can see in this photo I took on my phone the remnants of the smoke:

I wasn’t paying much attention to the conference that morning, and barely anyone turned up.  Some had been out all night in strangers’ houses, having been let in to escape the omnipresent tear gas; the rest of us were too excited by what was happening around us.  Others  were still trapped in different parts of the city.  Anyway, I headed to the social media centre to let people know I was alive, and saw a message from one of the girls in my room that they were going to leave the conference early and move from Taksim to the city, as the centre’s security guards had told them that they were worried about the conference centre being stormed and gassed by the police.  I decided to join them, and so before midday we were back in our hostel in Taksim (where I became friends with the girl who worked there, in the end!), packing our things to head to the city.  I’ve been here since, and will remain a few more days before returning to Athens, where the food is better!

At first in our room there were four of us—myself, a Colombian girl, an Argentinian and a Greek.  I’m surrounded by warm country people again!  The Colombian left after the first two days, and it’s just been the three of us since.  They’ve been a good influence on me already, even in such a short time—they’re both called Marina, but I’ve renamed one of them Sensei since she’s told me that every time I say something angry thanks to ‘Russian Syndrome’, I have to say something nice afterward.  Other Marina just now threatened me to make sure I said nice things in this blog post haha!

Before I forget to mention it, the conference itself was very mixed.  I made some good contacts and got a piece of paper to bolster my environmental accreditations, but it was all a bit blah.  The first day wasn’t very useful for those of us who’ve given presentations or delivered training before.   The second day started well, with Al Gore giving his presentation, but to be honest the presentation is very strong on proving climate change and almost entirely lacking in solutions (and completely lacking in ‘next steps’, or things that the individual consumer or business can do to minimise their impact).  Also, at the end of the day he became true to his ‘Al God’ persona, and went full evangelical climate minister: there were fake tears, there was whispering followed by shouting—he completely lost me, and a lot of the rest of the audience.  The third day, as I’ve said, most people were absent.  The organisers, meanwhile, were the only people with the complete list of attendees: and not only did they not acknowledge the fact that our building was surrounded by riot police and tear gas, but they didn’t even check that people were okay.  We didn’t even know if everyone was safe.

As I said, I’ve been mainly staying in the hostel/hotel room (it’s kind of a hostel, next to kind of a hotel, and we’ve moved rooms three times so it’s all a little muddled!), catching up on studies and work.  I’ve been using edX, the free online university program recently launched by Harvard/Berkeley/MIT etc, to do a course on ‘Global Human Health and Climate Change’, and it’s been absolutely fantastic.  I can’t recommend the programme enough—and more courses are being added every semester.

I’ve also finally paid my uni fees to London, given that the Australian dollar is absolutely tanking.  It’s lost ten cents on the green-back in the last few weeks, and due to lose another twenty by November.  Needless to say, my budget is screwed!  So that’s all official, and I’m committed.  Creeeeepy.  My eventual probably-plan is to upgrade the graduate diploma in geography & environment into a Masters of Public Policy (Climate Change).  Meanwhile, my dear friend Reda is trying to convince me to apply for that Masters at Cambridge, of all places!  I’m not so sure..!

I have also, finally, started writing.  I promised my Nan years ago that I’d write a book, and so I’ve started in on that.  I’m determined to finish it for her, and I have enough spare time in the next few months to make some serious headway.  I’ve also been teaching English via Skype to a guy in Moscow, at the request of my friend Alex.  He recently opened a language school in St Petersburg, and asked me to do it as a favour.  It’s a lot of work for little money, but it’s only for the four weeks until I go to Finland, and it’s money I’d not have had otherwise.  More to the point, he’s a decent guy, and it would be good if schools like his would succeed, while those run by much less nice people would fail.  Because apparently I’m vindictive like that!

On a lighter note, coming home from dinner last night, we stopped at a pudding shop to pick up some dessert.  The three of us were crowded around a menu, with one of the others reading out the items.  She got to profiteroles, read out ‘cream-filled balls’, looked at me, and started giggling.  The other Marina joined in, while I tried to control myself for the conservative crowd around us.  But then she just kept saying ‘cream-filled balls’, and finally simply ballsballsballsballsballs, and I gave in.  The three of us were standing there laughing uncontrollably for probably three minutes, while a Turkish waiter looked on like we were crazy people.  We finally stopped, and he looked at me and said, “yes, pistachios are funny, aren’t they!?”.  What could I do but nod?

Anyway, it’s dinner-time here in Turkey, so we’re off on the quest to find some cheap vegetarian food once more.  Пока пока :))

Manners
A quick update from Istanbul