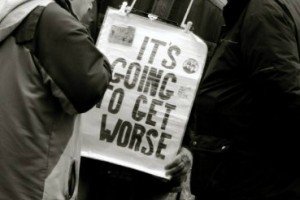 I’ve just arrived back in Istanbul, in advance of the conference tomorrow.  And oh my goodness has it been an adventure!

My flight from Iraklio, Crete, was at 02:40 this morning.  I barely made it to the airport actually: in the process of hailing the last bus to the airport, I forgot how to walk, and ended up throwing myself down on the ground instead.  Painfully, with a lot of swearing, and out of sight of the bus.  I was frantic that I’d miss the thing, so jumped up and launched myself Quasimodo-style toward the bus.  Meanwhile, a guy who’d seen me eat pavement looked like he wanted to call an ambulance for me, so I made a speedy exit.  Well, as speedily as someone who’s walking like a particularly damaged zombie can exit, anyway.

I made it to the airport, and upon arriving overhead a conversation between a couple nearby.  They’d missed their flight, because they didn’t realise that after midnight, it’s a new day.  Thus they’d turned up a day late, thinking that 01:40 in the morning was clearly still part of Wednesday night, and 01:40 on Wednesday morning is part of Tuesday night.  Some real winners for the gene pool, there.

After waiting a few hours (during which I practised Spanish with myself and didn’t look even moderately crazy), I checked in my bags and went to passport control.  Where I thought it would be a great idea to ask whether my passport was flagged after I’d overstayed my Russian visa.  Because ‘I overstayed my visa’ is precisely what immigration officials want to hear!

It took me no less than five buckets to pass all of my stuff through the scanner, then I mooched into the lounge, looking forward to an hour’s nap.  And that absolutely would have happened, were there not a group of four Russians choreographing a dance to Beat It! by Michael Jackson.  I’m talking blaring repetition of the song, the four standing in formation and pulling out some very very cheesy moves.  I have no idea why 2am was a good time to do this.  Russians are always very considerate of those around them!  (Sarcasm?  Nooooo).

I had a little nap on the short flight, got to Istanbul, and walked to the metro entrance.  But it was still only 04:15, and the metro wasn’t actually open yet.  So I made a remarkably comfy bed from my suitcase and bag, and slept for an hour or so on the floor outside the station: I’m taking this ‘homeless traveller’ thing a little too seriously, I think!

Twenty minutes on the train, an hour on the tram (where a recorded voice-over warned of the inevitable larceny that takes place at all tram stops), and finally to the bus stop.  I needed to catch a bus to Taksim Square (where the riots are), in order to walk from there.  Then I couldn’t figure out how to buy a bus ticket, and the driver was not a very happy nor helpful man, so I walked to the taxi rank instead.  I asked how much it would cost to my hostel (I gave the guy the name, and showed him a map of the area around it), and he said 10 lira (~AU$5).  Great!  So I jumped on in.

We then spent the next loooooooooooong time (I’d say nearly an hour, but I’m pretty sleep deprived) driving around looking for the place.  We drove past Taksim, which is really quite a mess: holes in the road, trash everywhere, and hastily-erected home-made road-blocks.  Plus riot police vans.  The protesters themselves seemed very chilled however.

Anyway, every block or so, the driver would pull over and ask a taxi driver for directions.  Meanwhile, he was starting to insult and yell at me in Turkish—it’s not really my problem if he doesn’t know where he’s going despite directions and a map, though!

Finally, finally, we made it to the hostel.  I gave him the 10 lira and he said “no,” and now demanded 25 for his trouble.  Note: ‘his’ trouble.  I said no, I wasn’t going to pay that.  He then got absolutely furious and started waving his arms around and yelling in Turkish.  Unsurprisingly, I stuck to my guns and said that no, I would pay what we agreed.  (You can tell how much of a budget I’m on… also, after Russia, I’m not exactly going to take that nonsense!)  He then moved the car into a driveway and stopped the engine.  I’d unfortunately broken my own rule—always put baggage in the car, not in the boot, so I can grab and run if there’s any issues.  As it was, after a minute or so of us both just sitting there, I got my kindle out and started to read my book.  I’m quite difficult to extort.

After maybe five minutes, the taxi driver started the car again, and started driving aimlessly around the city: I don’t really know what he was trying to achieve!  He was ranting and raving and driving in circles (thank goodness for my insane memory—I’d already memorised the streets around the hostel on our first go around, so I knew I could find my way back if he dropped me somewhere random).  After maybe another ten minutes, I told him that I now considered myself kidnapped, and was calling the police.  And I did.  While I was on hold waiting for an English or Russian speaker, I asked him for his registration number, as it wasn’t displayed inside the cab.

Needless to say, when I then offered to pay him 15, he meekly accepted and drove me back to the hostel, and I disconnected the call with the police.