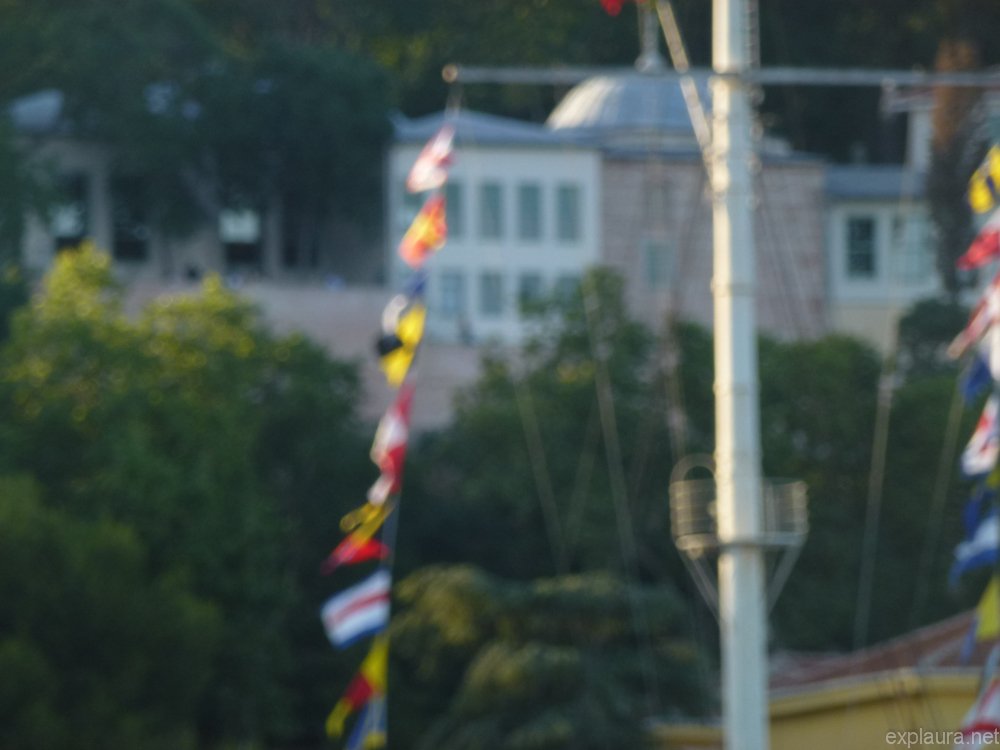 Yes is no, no is okay.
The romantic life

One of my old supervisors used to tell me that my life stresses her out, and I see her point.  How is it even possible that I have so many adventures?  I’m not sure if it’s under-organisation and resultant chaos, the fact that I travel so much, or simply blind luck.  For example, in catching the coach from Istanbul to Athens on Monday night, I witnessed not one but two car crashes.  In the first, the car was spinning in the middle of the road like a top, and the bus narrowly avoid it; for the other I was awoken by our coach trying to stop to avoid the disaster in front, to the point that our back wheels started to skid.

The near-death-experiences were fine, but the coach ride itself was not a fun time.  Last time I caught that coach (except in the reverse direction, in March last year), the bus was fully pimped out, and what’s more, I was the only one on board.  This time the coach was a fair bit older and it was packed.  There was a girl next to me who was fat enough that she didn’t fit in her seat and so was sitting partially on me.  There are very few things which I get completely, unreasonably, almost psychotically upset about, but the two big ones are hearing people eat (I nearly lose my mind), and having peoples’ fat touch me.  Eugh.  This girl decided to position herself slightly sideways, so that I had the distinct impression her ass cheeks were trying to digest my leg (really—she farted, and I felt it on my leg before I smelled it).  So, it was a pretty objectionable 16 hours.  I did have a random moment in the middle of it though, at the third rest-stop: the girl poked me awake, so I staggered outside and found puppies!!  So naturally I made friends and played with them, before walking into the grungy bathroom where (I made bad notes for this) either ‘Total Eclipse of the Heart’ or ‘Dying in your arms tonight’ was playing, so I naturally had a bit of a karaoke session.

It was quite weird to leave Istanbul actually.  I spent 11 days there in the end, with all of the last part being with Marina and Sensei.  Happily, I’ll see Sensei this Sunday as she comes through Athens, and Marina in London in a couple of months’ time.  They’re absolutely awesome people 🙂  Our final room in the hotel was gorgeous, as well—the view was insane.  The staff were pretty hilarious, too (though we named them ‘Sarkhan’ (actually his name) and ‘Hot Guy #2’ because we didn’t know the second man’s name.  Hot Guy #1 was a waiter at a restaurant we ate at a couple of times.  No objectification here!)

I also feel like I started to regain my manners in Istanbul.  I think I mentioned the hassling on the street before.  Well, this time I tried to ignore it, with the occasional bout of directness (eg while sitting outside the Blue Mosque with my Polish friend Ana, a guy came up to us and I said straight up: “we don’t want to buy anything, and we don’t want to talk.”  Ana then followed with “we are in the middle of a very important conversation and we don’t want to talk to you”.  Team direct much?  He looked baffled and ended up walking away).  However, ignoring people didn’t seem to be working very well, so I switched to being outrageously polite and saying “no thank you”, or “not today”, and actually answering people’s questions: and suddenly the process was significantly less painful.

Of course, maybe my manners aren’t fully restored.  I was walking near the flea market in the centre of Athens earlier, looking for a place to have some lunch/dinner.  I saw a guy who was about to walk up to me and he seemed really creepy, so I avoided eye contact and headed away from him.  At which point he started to follow me down the street.  First he muttered something about ‘Greek woman’ then asked me if I was tired.  I said ‘yes’, still not really acknowledging him, and he asked why.  I then said that it wasn’t really any of his business, and he goes “oh, so you are a rude bitch.”  I chortled to myself then pointed out to him that I wasn’t the one following a stranger down the street, before turning on my heel and walking in the opposite direction.  I actually needed to go to the street behind me anyway, but had walked the wrong way in an effort to avoid him!  I’m not sure that trying to discourage some guy who’s following me counts as bad manners, however.

The reason I was tired was partly because of the epic bus trip and lack of sleep associated with it, partly because of the late night then early morning teaching English via Skype (I now have 3 students until I go to Finland next month), and partly because I’ve been writing.  I finished the prologue/first chapter to the novel earlier today (huzzah!).  I’ve also continued working on my language skills of course, though I haven’t done any uni work in a few days.

On that note, I think I’m all written out for the day, so I’ll bid you adieu!

Yes is no, no is okay.
The romantic life