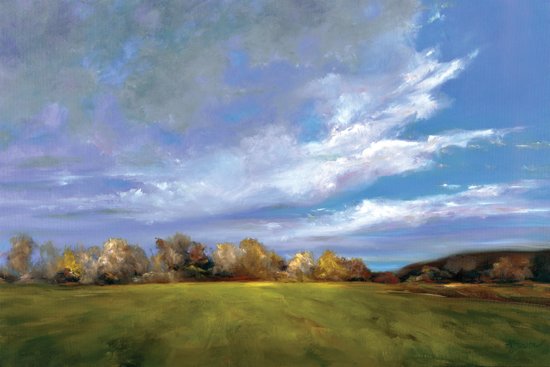 …because there’s never a bad time for a Joss Whedon reference.

Well, I’ve managed to escape Russia!  It reminds me of a post I saw on facebook a while back:

I nearly didn’t manage my ‘escape’ however—due to a traffic jam on the road to Finland, I didn’t actually get to the border before my visa expired.  The thing is, in Russia, your visa is both an entry visa and an exit visa: if it’s not valid, then you’re not allowed to leave.  I’ve since read countless horror stories of people being imprisoned, or at the very least trapped for several months while they try to sort out a legal exit visa.  Anyway, so we got to the border, and I handed over my passport etc to the immigration lady.  She threw her hands up at the sight of a foreigner’s passport—clearly not something she wanted to deal with at one in the morning—and then realised that my visa had expired.  She made a few phone calls, and then a huuuuuuuuuuuge guy arrived.  He asked me about my ongoing travel plans, and I told him how it was just because of the traffic jam that I hadn’t left on time.  (To be fair, I’d completely seen this eventuality coming—I wasn’t sure that 3 hours was definitely enough to get to the border, but I decided to be a useless human being and just wing it).  He then went off with my passport and made some more phone-calls, while the lady from the marshrutka was freaking out, asking why I hadn’t told her that my visa was about to expire.  I hadn’t told her, because I’d been told that if it was close to the expiration time, marshrutkas won’t let you on—they don’t want to be held up at the border, or have to deal with someone who was going to have to return to Russia.

Eventually, the big official re-emerged (at this point, my marshrutka had been waiting for around 10-15 minutes and was holding up the queue) and said that there would be a fine.  I said that was no problems, and so off we went.  We had to go into the heart of the immigration building, where many documents were signed and many things were stamped.  I was sent off with another guard to a cashier, where it took about another twenty minutes to process my fine.  I felt like such an asshole—the poor other passengers in my marshrutka were all having to wait for me, simply because I’d decided not to do things properly.

I went back to the big guy and signed some more things (he didn’t actually tell me I can’t go back to Russia, though theoretically I can be banned for 5 years for overstaying my visa), and then I was free.  And the thing is, when I got back to the marshrutka I was so apologetic (as apologetic as I can be in Russian, I haven’t actually needed to know many variations of apologies to date), but the other passengers were totally fine.  They were just curious about what had happened inside, and how much I’d had to pay (1000 rubles).  I guess Russians of all people are used to people being taken away, to bureaucracy, and to paying fines.

We got to Helsinki’s airport at around 2:30am local time, where it was a real struggle to stay awake for my flight a few hours later.  This was my first time out of Russia since i’d first entered it, and I was more than baffled by people being nice and helpful.  The lady checking in my bag, rather than charging me for the extra 3kg, didn’t say anything other than “just try not to  pack a little less next time, okay?”.  When my carry-on was randomly selected on this freaking magical conveyer belt to be searched, the guy made small-talk while doing it.  Everything also seemed a little too convenient: why are the bathrooms so clean and well-stocked, and why is there the soundtrack of birds chirping?  It was all rather plastic and surreal.

And then I was finally back in Greece.  From hell to Helsinki to Hellas.  I was feeling pretty awesome from pulling the transport-based all-nighter, but nonetheless caught the bus into the city so that I could read the street signs and reacquaint myself with the Greek alphabet.  It’s quite similar to Russian in some ways, similar to English in others, and then I know a few of the other symbols from studying pure math.  Making sure you know the alphabet of the city you’re in is so useful, whenever you can manage it: even in a city like Athens, where a lot of the street signs are in at least two languages.

I really need to find a male blogger counterpart to me, so that the universe can be balanced out: I talk a lot about the different men I find in different countries, but I almost never talk about other women!  In the Greek case, I forgot how in-your-face they are here.  There always seem to be groups of men standing around doing nothing, especially outside cafes, at all times of day and night.  I’d almost forgotten (the attempt was made!) how they make a clicking sound (as if beckoning a horse) when you walk past.  And they’re so voluble—as I was walking past one guy, he goes, quote, “oh my god!  Wow!  Ay ay ay!” and then starts getting up and waving his hands around.  Maybe it’s a pastime, or maybe he has a thing for girls who’ve slept in their clothes and are covered in that weird grease you get from flying in airplanes.  In another example, I went to a film just before (first English-language movie experience in a year!  Yay!  I went to see Fast and the Furious 6—I have an outrageous love for the franchise—and it was super-cool.  Except for killing off my favourite character, of course.  But all of the Greek audience were so into it: clapping and cheering and whistling.  It was great!  I’ve not experienced anything like it since one of the times I went to see FF5 back in Sydney, where the audience went similarly nuts.)—anyway, I was walking back to the hostel from the metro, and a taxi pulled over.  I waved to him that no, I didn’t need a lift.  So then he starts crawling along in the car, hitting on me.  It was really uncool, especially given that there were quite a few homeless people trying to sleep nearby—and here’s this guy waking them all up!  Living on the streets is surely unreasonable enough without having to put up with those kind of shenanigans.

Speaking of living on the streets, there are noticeably more people doing that since I was last here in March last year.  While at the metro station earlier, a lady came up to me asking for change, and we had quite a conversation about it.  I do spend a lot of time when I’m travelling talking to people, beggars included.  This lady said that yes, there are definitely a lot more people on the street now.  She was very frustrated with her situation: I shan’t tell you her whole life story, but basically she used to be well-off, but has lost everything in the economic crisis.  She feels humiliated by having to ask strangers for money (incidentally, I actually didn’t yet have any change, but she didn’t hold it against me), but she still maintains that “life is sweet” and that “at least I am strong.”  It’s weird, actually.  Here, the beggars act like they are ordinary people who will be fine again in the future, whereas in Russia beggars are those who have given up hope.  Or are working for the mafia, of course.  We talked at some length about the Greek economy in the end, but then my train arrived and I was off, wishing her good luck.  I may not have been able to give her money, but I could at least give her dignity.

This is getting a little long and I should really get to bed soon, so briefly, it’s great to see people being warm, and even chatting to strangers on the street; I heard a piano accordion (which I love) on the metro and its music wasn’t depressing like that played in Russia; and ohmygod REAL FOOD.  I went to a taverna recommended by my hostel, and asked the guy (who’s already remembered my name) to bring me whatever he recommended.  I can’t believe how good real food tastes.  The tomato was just absolute bliss.  Fresh food, I love you.

Finally, to finish for today, thanks to everyone who sent me emails and messages following my final Russia post the other day, it was amazing 🙂