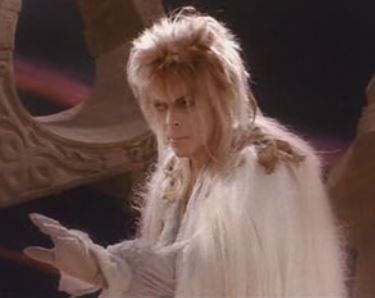 I have in front of me a giant poster which some of my students just gave me.  They’ve stuck photos of themselves all over it, so that I can take it with me and never forget them.  As if I would!

As a traveller, you meet a lot of people.  The more you travel, the more people you meet in different places: and that means that no matter where you are, most of the people you care about are a long way away.  We have different ways of dealing with it, though most of us repress it in some way or other.  Some of us just stop caring at all: I was seeing a guy once, who forgot me after two weeks.  He’d gone to the next destination, and shortly afterward I went to meet him.  He sent me a text message saying that he just didn’t ‘feel anything at all’.  I’m not like that: I do change with each location, and I do put up a lot of barriers, but I always care.

I remember I used to work as a teams racing coach (sailing) at a yacht club in Sydney.  (To be fair, I’d be rather alarmed if I had forgotten: it was only five years ago!)  I taught other classes as well, but the one I looked forward to most was at 7pm on Friday evenings.  That’s when my girls’ team would come for their lesson.

These girls had been completely written off by the other coaches and sailors: partly because ‘girls can’t sail’, and partly because they’d never come anything other than dead last.  But, as in all types of teaching, I took a slightly different approach: they didn’t want to come to sailing and just do drilling and never get anywhere: they wanted to spend time with their friends and have fun.  I taught them different ways to remember race strategy (hint: pretty much all of it rhymed!  For the pre-start it was “team meeting, controlling and leading”.  It makes sense if you’re a teams racer, I promise), and different ways to approach the race.  Once, one of my girls distracted the helm of the other boat by asking him out and not taking ‘no’ for an answer: I wasn’t sure if I was proud, or if I’d produced some kind of sexual-harassment monster!

I was going through a bad time for the couple of months preceding the State Championships that year.  There’s two months before the championships that I just can’t remember: I was a wreck!  But then came the day of the States, and I begged my boss to let me take a rescue boat out and go and observe my teams racing.  He didn’t like me at all, but let me in the end.

I cannot even tell you how it felt to see my girls win.  There was this one team, from a very exclusive boys’ school, who usually always won.  They couldn’t believe it when my girls literally sailed past them.  I was still jumping up and down and crying with happiness when they got to my rescue boat for an epic team hug.

Parents ask me on a scarily regular basis what they should do about their kids.  I’m completely unqualified—not only am I not, in fact, a parent, but I’m also not a psychological professional!  I’m also not interested in betraying people who put their trust in me.  My classrooms (or boats!) are like super-libertarian democracies, and my kids come because they want to.  They can be whoever they like, and perhaps as a result feel comfortable.  I guess in some weird ways I see a side of my students that their parents don’t, simply because I’m not their parents.

Anyway, off-topic.  Tonight was my final lesson with two of my classes.  For the first, we had two sets of discussions: I’d asked my students what they wanted to study this month, and members of this class wrote down (kind-of anonymously) ‘drugs’ and ‘relationships’.  So drug-related controversies it was.  Then it was goodbye to them.  I don’t go out to change people, but there are two people from that class that I have seen change over these past nine months, and I feel incredibly proud to have met them.  They’re all great kids of course.

My second class was much harder to say goodbye to.  Whereas the first group never meshed together as a whole (so part of my job was getting them to play nice!), this group are just fantastic to work with.  For the five months in the middle of this nine (!?!) in Russia which were really hard, my Russian studies and this group were all that kept me going: they were the only reason I stayed past New Year.  Other than simply not giving up, of course.  I’m so glad to have met them, and it’s going to be really, really weird not seeing them twice a week.  I really hope they stay in touch, and of course I’ll never forget them!

I do still have a lot to write about Russia—I’ve just been a bit MIA lately as I’ve been studying for my Russian exams.  I had the first three hours today, will have the final two tomorrow, and then likely a week of frantic writing before I set off (oh my god, I’m leaving)!

Finally, here’s a photo of my student Misha and I: it was near impossible to kick him and two others out the door, I was a little concerned they were never going to leave!