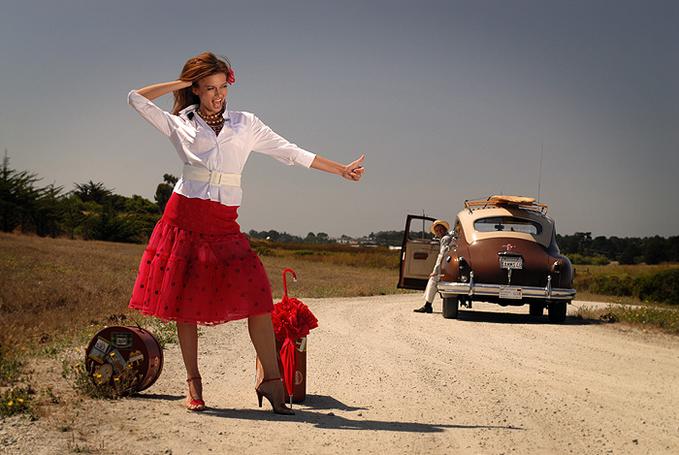 After a slew of 24-hour stores of flowers spotted today, our grand total for Jess’ trip was 63.  That is a lot of 24-hour flower stores!  I’ve just come back from dropping her at the airport—incidentally, she’s emailed me saying her flight was delayed for another ~4 hours, so she’ll miss her connection in Dubai.  Nothing like making a long trip longer!

Jess actually didn’t bring a camera as she knows that I’m pretty photo-happy, so I’ll start posting those in the next couple of weeks.  Not on facebook however, as I’m having a month off!  (Crazy talk?!)  I’ve been on fb since early 2005, and it’s eaten up a pretty amazing amount of my time over the last few years.  Of course, I love the opportunity to keep in contact with people I’ve met on my travels, but still—it’s gotten a little out-of-hand lately!  Anyhoo, as a function of there only being two of us and me being too lazy to take a tripod everywhere, this is the only photo of both of us together taken over the whole trip: and it’s super-inappropriate.  We’re smiling (firstly, because I find it impossible not to smile in a photo, and secondly because I forgot about the timer and was laughing about something) in the middle of the Blockade Memorial Cemetery, in front of the ‘Mother Motherland’ statue.  We are surrounded by literally hundreds of thousands of people in mass burial pits.  Probably should have thought about that a little more…

And yes, I have bought a new, lighter-weight coat.  Granted, it’s about a foot longer than that everyone else is wearing: but I look like freaking Little Red Riding Hood, so how can I go wrong?!

Anyway, as usual, I’ve put everything in the wrong order.  Here’s the third and final vlog Jess and I recorded, done this morning (I hope people have enjoyed them, by the way):

Immediately after this, we sauntered to the metro, to catch the train, to catch the bus, to get to the cemetery.  I couldn’t remember the name of the cemetery, how to say ‘memorial’ properly in Russian, nor the word for ‘cemetery’, so double-checking we were getting on the right bus was a little tricky.  On the first one, I resorted to asking for the place “where there are lots of dead people”, then “from the Blockade”.  The bus team pointed us in the right direction.  We then got on another bus, and as I was paying the driver, I asked him to tell us when we’d reached the right stop. He then said he was going in the wrong direction (despite our checking a map and a compass—a big roundabout-type-thing threw a fairly serious spanner in the works), so we jumped off.

At this point I’d had enough, and it’s not like we were time-rich, so we decided to hail down someone on the road.  A lovely guy stopped, and I told him where we trying to go.  He said that was fine, and I asked ‘how much?’, to which he replied that he’d do it from goodness.  So sweet!  As it turns out (thanks to Mega-Roundabout), we had to do a full 180, and ended up going 10-15 minutes back the way he’d come from.  He even put up with my hack Russian, and we had a nice chat about different cuisines, his time in China, and the tragedies of Russian history.  Total legend!  Incidentally, this means I’ve now hitch-hiked in five countries: Russia, England and Scotland, Australia, New Zealand, and Greece.  Safety first?!  I’ve never gotten into a car I’ve felt uncomfortable about, of course.

Here’s a short video of Jess taken at the cemetery: I wanted people to be able to hear the music.  Apologies for my massive lack of sensitivity and/or logic!

I should probably also mention the epic trip to the airport once we returned home: think loud bro-step music, and the taxi driver just smashing it to the airport.  There’s a lot of street racing here—and speeding in general for that matter, as the bribe for being caught speeding isn’t very much—and this guy was fairly mental.  110 through the city streets, and going around pedestrians on pedestrian (zebra) crossings.  No-where near as scary as the porcelain factory however.

Anyway, it’s back to work (and university) this week.  I’ve just figured out that there’s only 54 days left until my visa expires: crazy!  Absolutely crazy.  I’m definitely looking forward to getting out.  Russia’s about crushed me: while I’m sunny with my students, I’ve become someone who gets up in the morning expecting everything to be a nightmare, and for everything possibly feasible to go wrong.  That for happy Laura does not make.  Bring on some summer!  Hopefully the family I babysit for’ll confirm this week that they want me for the summer (and where).

Finally, at work we have a sort of secret santa thing, where we have to create some kind of surprise for a member of staff’s birthday.  I haven’t seen anyone else doing it, and I’m not even here for my birthday, but here’s a poem (pdf) I wrote for a staff member’s birthday last Monday.  As you’ll gather from this site’s logo, I love kitsch, poorly-done decorations haha.  Enjoy (and yes, I did give her a banana).