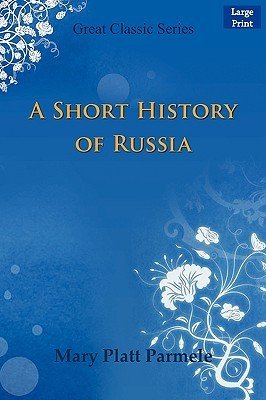 Les and the Soviet Apartment
The "F" Word

I’ve just finished reading the conclusion to a book about Russian history, and absolutely had to share some of the text.  While a touch condescending, it relates very much to… well, to basically everything about Russia and its idiosyncrasies (and also to some of the comments on  yesterday’s post).

What one man could reform Russia? Who could reform a volcano? There are frightful energies beneath that adamantine surface—energies which have been confined by a rude, imperfectly organized system of force; a chain-work of abuses roughly welded together as occasion required. It is a system created by emergencies,—improvised, not grown,—in which to remove a single abuse endangers the whole. When the imprisoned forces tried to escape at one spot, more force was applied and more bands and more rivets brutally held them down, and were then retained as a necessary part of the whole.

On the surface is absolutism in glittering completeness, and beneath that—chaos. Lying at the bottom of that chaos is the great mass of Slavonic people undeveloped as children—an embryonic civilization—utterly helpless and utterly miserable. In the mass lying above that exists the mind of Russia—through which course streams of unduly developed intelligence in fierce revolt against the omnipresence of misery. And still above that is the shining, enameled surface rivaling that of any other nation in splendor. [Its leader] may say with a semblance of truth l’état c’est moi, but although he may combine in himself all the functions, judicial, legislative, and executive, no channels have been supplied, no finely organized system provided for conveying that triple stream to the extremities. The living currents at the top have never reached the mass at the bottom—that despised but necessary soil in which the prosperity of the [state] is rooted. There has been no vital interchange between the separated elements, which have been in contact, but not in union. And Russia is as heterogeneous in condition as it is in elements. It has accepted ready-made the methods of Greek, of Tatar, and of European; but has assimilated none of them; and Russian civilization, with its amazing quality, its bewildering variety of achievement in art, literature, diplomacy, and in every field, is not a natural development, but a monstrosity. The genius intended for a whole people seems to have been crowded into a few narrow channels. Where have men written with such tragic intensity? Where has there been music suggesting such depths of sadness and of human passion? And who has ever told upon canvas the story of the battlefield with such energy and with such thrilling reality, as has Verestchagin?

The youngest among the civilizations, and herself still only partially civilized, Russia is one of the most—if not the most—important factor in the world-problem to-day, and the one with which the future seems most seriously involved. She has only just commenced to draw upon her vast stores of energy; energies which were accumulating during the ages when the other nations were lavishly spending theirs. How will this colossal force be used in the future? Moving silently and irresistibly toward the East, and guided by a subtle and far-reaching policy, who can foresee what will be the end, and what the ultimate destiny of the [Nation] which had its beginning in a small Slavonic State upon the Dnieper, and which, until a little more than a century ago, was too much of a barbarian to be admitted into the fraternity of European States.

…Owning a large portion of the earth’s surface, rich beyond calculation in all that makes for national wealth and prosperity, with a peasantry the most confiding, the most loyal, the most industrious in the world, with intellectual power and genius in abundant measure, and with pride of race and a patriotism profound and intense, what more does Russia need? Only three things—that cruelty be abandoned; that she be made a homogeneous nation; and that she be permitted to live under a government capable of administering justice to her people. These she must have and do.

…The eternal purposes are writ too large in the past to mistake them. And it is the ardent hope of America that Russia—that [nation] which has so generously accorded us her friendship in our times of peril—may not by cataclysm from within, but of her own volition, place herself fully in line with the ideals of an advanced civilization.

The book from which this text comes was written before Putin, before Yeltsin, before the fall of the Berlin Wall, before the Cold War, before WW2, before Stalin, before the Russian Civil War, before the Soviet Union, before the death of the tsars, and before the Russian Revolution.  Yet, apart from the floweriness of the text, it could have been written yesterday.  The book itself is “A Short History of Russia” by Mary Platt Parmele (1900), available on bd here, or for free online here.  (Note that I changed instances of ‘Emperor’ to ‘leader’, and ‘Empire’ to ‘state’ or ‘nation’.  Because I’m tricky like that.  :))

Les and the Soviet Apartment
The "F" Word