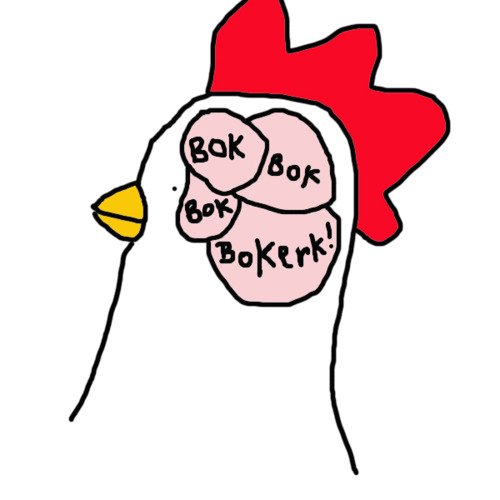 Russia has definitely made me re-evaluate a lot of my preconceptions, but sometimes I’m still surprised.  To give an incredibly random example, this morning in Russian class we were practising our verbs of motion: we had half a sentence, and had to fill in the other half with the appropriate verb.  (There are at least ten zillion Russian verbs of motion… hundreds, anyway.  They’re logical, but still a pain to wrap your head around!)  My allotted sentence was “he turned off the light”, so I suggested that the start of it could be “He returned home, then”.  My teacher said that it wasn’t logical—why would someone have left a light on if they weren’t home?  Did I mean if they’d forgotten to turn it off?  It then occurred to me that here, everything’s apartments rather than houses, and the stairway and outside are already lit up: no-one leaves an outside light on.  I had to explain that it’s not uncommon for people in Australia to leave a light on when they leave the house, either to indicate to thieves that there’s someone home, or so that they can see their keys to put in the door when they get home.  The whole principle of the idea had just never occurred to my teacher, because ‘leaving a light on’ simply isn’t part of living here.  Weird.

Of course, the cultural stuff still gets me sometimes too.  What I find hilarious is actually superstitions: they’re often different.  Some of my favourites are that it’s bad luck to stand on a man-hole in the ground.  I wondered whether that’s because they’re super-slippery in winter, and a student told me that sometimes they just give way under people and you’ll fall into the hole.  So I guess it is bad luck!  If you have a zit on your nose, either you’ll get drunk or somebody will kick you; likewise, if you put your clothes on inside out it means someone will kick you (that one at least I understand).  It’s also bad luck to carry an empty basket (so I guess I’ll have to stop carrying a basket around?!).

On Friday night then Saturday morning, I was teaching an adult class, and as I said to them, sometimes I feel like I’m not actually teaching English, but rather teaching Western life skills, marketing, science, and basically anything else you could name.  In their Friday class we did a ‘life club’ on conflict resolution, incorporating the different styles of argument, the ‘magic sentence’ (when this happens I feel bad because of this reason), and even personal conflict profiles.  I’ve said before how even argument is often different here—the tenet that ‘once you have to raise your voice, you’ve lost the argument’ certainly doesn’t hold true here.  Then, in Saturday’s lesson, we spoke for some time about how to advertise, and marketing strategy.

After class that day, I ducked home for a quick nap—seriously, I couldn’t survive on a few hours’ sleep a night without them!—then back out again to meet Karie before she heads back to the States.  She avoids being on the internet so didn’t want to do a video, but she said that her favourite thing about Russia is the people.  She says they’re the warmest, most hospitable people she’s ever met.

Straight after meeting Karie, I headed to Lingo Franca, a new language school that my friend Alex has opened.  He’s always inviting me to come for coffee and a chat, so I went along to catch the last half of the school’s weekly ‘conversation club’.  When I got there everyone was on a break, but then we got started: and the next topic for discussion was the difference between men and women.  I sighed.  Internally, I hope.  Haha I think I have battle fatigue!

As usual I was the most liberal person in the room (I recently took an online political compass test—not that I didn’t know, but I found it interesting—and I’m more economically and socially left-wing than the Dalai Lama.  My my) and we got off to an interesting start: Alex brought up the topic, then straight away a guy called John (not a very Russian name, I know—he’s actually Nigerian) said, “well, what do you think, Australia?”.  Haha this guy described women as having ‘chicken brains’ and ‘soft minds’, and said that unless a man is bringing home the proverbial bacon then he can’t really feel like a man.  There’s a very short video of one of my responses to him here, on the Lingo Franca VK page.  (A quick note if you watch it—before the start of the video, I said that I’d sum up what he’d just said, so the first part of the video is me re-iterating John’s standpoint).

I really don’t feel like talking about feminism today, so instead I’ll segue madly and say that when I arrived at the school, I walked in and said “hi”—whereupon the lady in front of me said “oh, you must be Laura”.  It’s actually really surprising how often that happens.  Am I famous?!  Haha I can’t walk down the street without bumping into someone I know, but that’s less confusing: after all, as well as networking with lots of ex-pats, I’ve had hundreds of students in my time here.

I met even more people Saturday night, after leaving LF.  It was Justin’s last Saturday in Russia, so I somehow survived consciousness and headed out.  It was myself, J, an American guy who left early, a German and Italian girl I know from class, and four Russians who spoke the most incredible English!  I didn’t bother grading.  It was quite funny actually: one of the guys learned I was Australian, asked me whereabouts in Australia I was from (to which I said Tassie), and then asked me what was happening to the Tasmanian Devil population.  And then said that it’s cool how so much of Tasmania is national parks.  WHY DID HE KNOW THAT????  I bailed pretty early that night as I wanted to be home by 2 or so, but promised to go out with the Russians before I leave: and also had to promise to try and impart how to speak in an Australian accent.  Of course.

I really really have to go to work now, but I’d like to finish by saying that the weather now is great.  It’s chilly in the mornings (around the zero mark), but in the middle of the day it’s a good 14-15.  I haven’t had summer since mid-Jan 2012, and I can’t even tell you how good the sun feels on my skin!  Perfect.