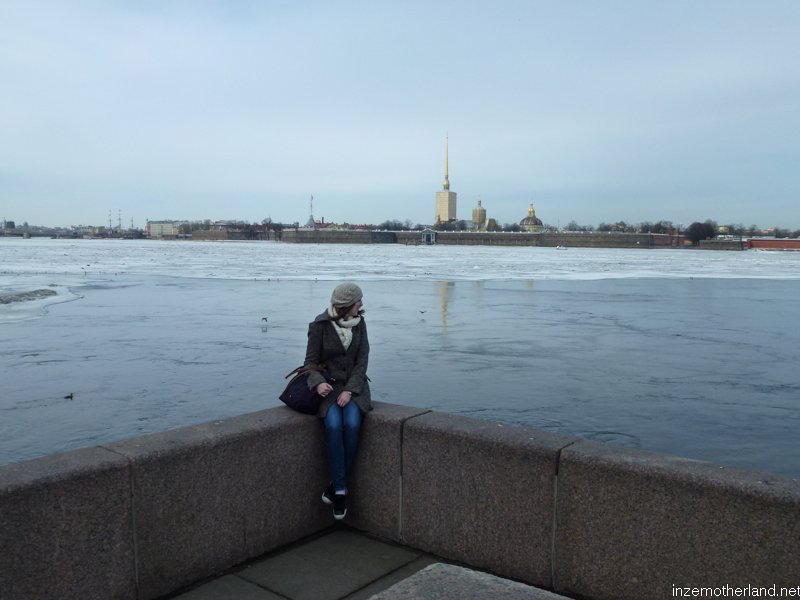 For once, I’ve decided to do something a little crazy and have a non-misleading post title.  Whoa!  I’ve not a lot to report from this week anyway: rather than doing anything useful, I read 6 novels.  Oops.  So, here are a few photos from when Jess was here:

A blue whale skeleton at the Zoological museum in Piter.

This is what it would look like if you were standing under the mouth of a blue whale skeleton (fact!).

It’s a little creepy I know, but I thought the colours were amazing.

A wedding party playing on the frozen river.

Jess by the Hermitage.

…and in the unsummery Summer Gardens.

Jess w Peter and Paul’s in the background.

The result of my crawling around on the floors in the Hermitage.

Check out the guy in the bottom centre. The only emo guy?!

Still in the Hermitage.

With so many knights in shining armour, how’s a girl to choose?!

I went to take a photo of a knight and ended up taking a photo of my own reflection… message from the universe?!

Back in Catherine’s Palace, Pushkin.

The Guest Palace by Catherine’s.

The winter-round bathing pool by Peter and Paul’s.