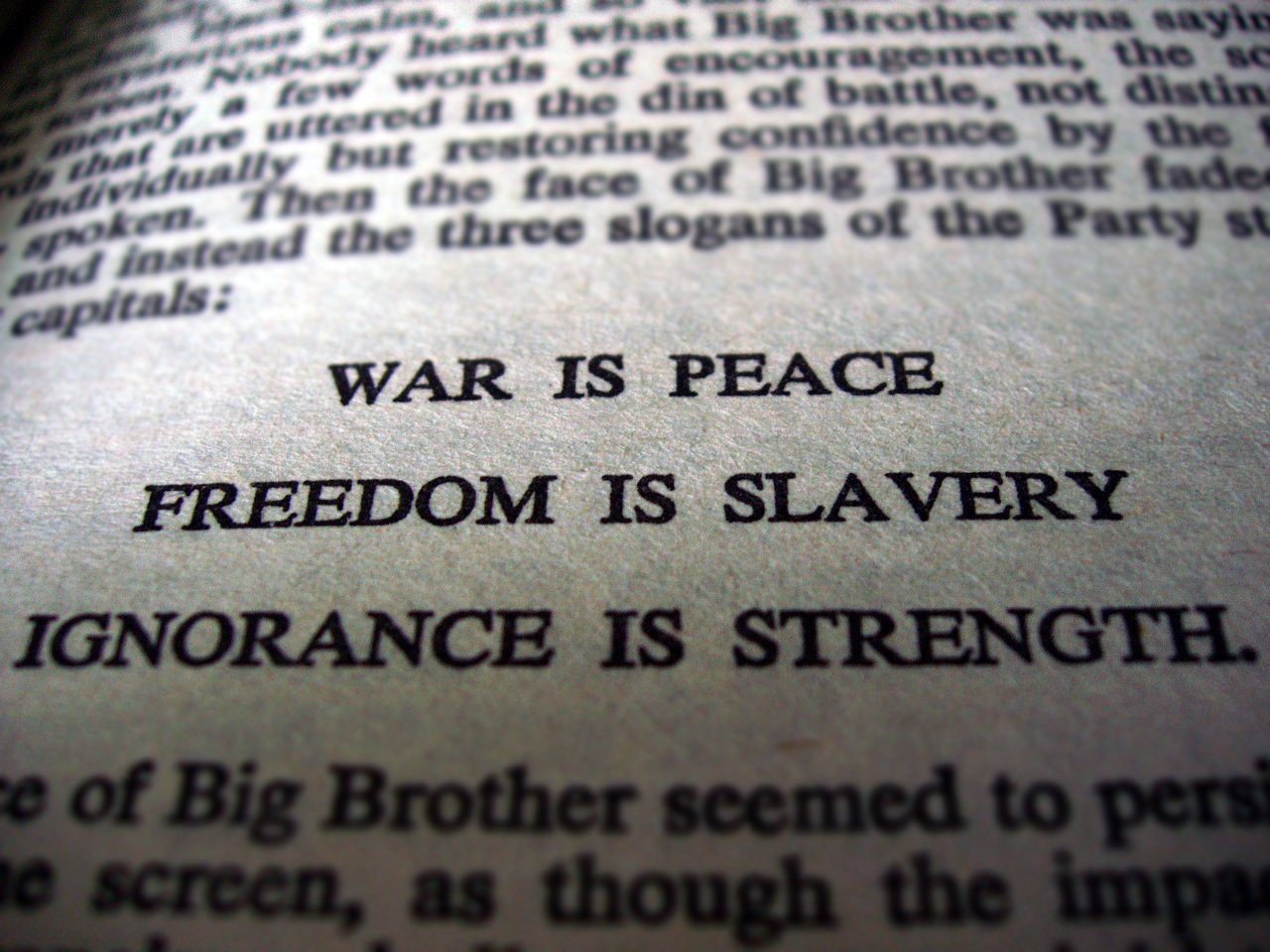 How to learn Russian.
Nawwww

Wow, what a change a day—and a different set of marking—can make.  I was still trying to catch up on my back-log, when I stumbled upon an essay which reminded me of all the terrible, terrible things about Russia.  The topic he was addressing was “why I should do my homework”, and you can find it below.  I’ve corrected spelling errors but that’s about it:

Well, we must do our homework.  There are several reason, why should we do that.  All reasons are quiet the same, but they a bit differ from each other.  Firstly, if you don’t work at home you become really lazy, actually it is not about me.  It causes slow brain crash.  In the future it can bring a lot of huge problems like getting bad job, marrying not beautiful woman, thick children.  This destiny meets million people all over the world.  This is happening only because of not done homework, but because of democracy.It is not a secret, that Europe became a bit stupid.  Marriages between, for example, two men are against nature.  Even though, Europe is Christian, these marriages are not forbidden.  I think (actually, not only me, but many people), that it is problem of mind, something happened with them lately.

Another problem is overpopulation of people from Near East and Africa in Europe, especially in France.  These two enormous problems can make either the fascism or communism come back.  All native population want these untraditional sexual orientation people and immigrants to move from their countries.  Of course, nobody wants war or something else, everybody wants to solve this problems in piece way.  But these all happened because of people’s lazy.  So, to make lifes of people better, governments of countries all over the world must improve education system.  This is the end of the first argument.

Secondly, if we don’t do homework, we will have free time.  You may think that it is very good, but in fact you begin to play computer/playstation/xbox games.  Very few people do sport in their free time (it’s about me), but I will tell you about crowd.  That’s true that most of the teenagers play games.  They think, that it’s better to walkthrough, for example “Skyrim”, but it is not the sense of life.  The REAL sense of life is to get wel paid job, beautiful wife and born healthy children.  And most of adults followed these rules.  You can only thank democracy for it.  It gives freedom to all people, and they are more likely to born a lot of children. You must thank not only democracy, but also its education system.  This is the end of the second part.  Both parts touch doing homework at any subject, but the third one will be only about English.

English.  The language of Shakespeare and Nyton, Byron and Elizabeth the Second, Jeremy Clarkson and Steven Gerrard.  Britain.  IT uses to be a great empire and all traditions are saved.  Half of the world speaks English.  You must learn it.  Doing homework is a very big part of learning foreign languages.  If you don’t do it, it means that you don’t learn properly.  So you will write such a stupid and illiterate essays, like this one.  I could finish on these warm words, but, unfortunately, there is about two hundred words left.  I have already become despair, I ran out of words.  So, I will tell you a jokes.  Once Vovochka asked his father-“Can you sign with closed eyes” – “Yeah” – “Can you sign in my register :)”. I know that’s not funny.  So you must do any homework that is given to you on time.”

My feedback—”This is one of the most disturbing things I’ve ever read: do you really believe this hate-speech?  Furthermore, it’s a very bad piece of work.  You show no understanding of the topic, you obviously haven’t planned, a lot of it doesn’t make sense, your ‘arguments’ are unconvincing and illogical.  I’d ask you to do it again but you clearly have no interest in improving your academic skills.”—Ok, I was a little emotional after reading..

“Laura,” she asked me, “I know you like to be organised and planned.  It’s now March, so we have March, April, and May until contracts usually finish.  Do you know what you’re doing?”

Me: “There are things that I like and dislike about Russia.  Whenever I finish uni for the day, I love it and I feel like I never want to leave—but then other things happen.  This morning I read an essay by one of my students, and it reminded me of all those other things.  So no.  No, I don’t think so.”

Her: “Well this doesn’t come as a surprise, I know you’ve had a lot of ups and downs.”

So there you have it.  Screw my visa, I’m finishing the academic year then leaving EF.  I don’t know what I’ll do exactly—maybe see if I can switch to a student visa and study until my money runs out, or head back to Sydney and get a real job again.  Who knows.  But I’m not taking any more shit, and I want a job that uses half a brain.  Exciting times ahead, as always!

Update: I sent this post to my lovely friend Nastya, and she sent me the below.  I thought it was fantastic, and asked permission to add it to this post.  So here goes:

I read the post and got quite emotional 🙂 So I wrote this in the comments. But then it got too long and I decided to PM it to you  here it is. :)Well, there’s something in that essay which is true: the education system has to be changed. I am sure that in every country it’s criticized and no matter what measures are taken in order to reform it – there will be a crowd of unsatisfied people. Russian education system is a special case, and there are reasons for that.Firstly, the country (I mean the Russian Federation, which is confused with the USSR quite often) is relatively young. The Soviet Union collapsed, and its republics had a very blurry idea about what kind of values they would like to fight for. They needed their independence, they got it. And then what? While the leaders were trying to decide who will take over, the education system was still in action, almost untouched after the Soviet times (probably just the History of Marxism-Leninism was removed from the curriculum). And it lead to the situation when high school students split into two distinctive groups: those who hated Russia for the shitty reality they had to experience, and those who were expressing some sort of patriotism by trying to prove that all foreign people are dumb and Russia is “cool” because you can do anything here without the fear of punishment. Both groups though had a certain type of aggression that greatly contributed to Russian total intolerance.

Secondly, our education style doesn’t teach analytical thinking at all. It doesn’t teach to question, to challenge other ideas. It teaches to “read and retell”, “listen and repeat”. And if you ask a teacher at school why you need to do that, the most probable answer will be “Stop asking stupid questions and keep doing what I told you to”.

Besides, when Russian people started more or less freely going abroad on holidays, the first “explorers” were those who could afford it (not so hard to imagine what kind of people could afford it during first post-soviet years). Consequently, those people “successfully” created an image of a Russian for foreigners, and brought their aggressive attitude back to the country, telling stories about the stupidity of all those нерусские people.

Now, laziness. It is described in lots of Russian folk fairy-tales. The examples of Hope for a miracle or a magic animal, or someone else who will come and do your work for you. It is a part of the mentality. People do see it as an obstacle on the way to their achievements, but they are too lazy to do anything about it.

When I came back to Russia after my first summer in the States, I experienced a real “anti-cultural shock”. The reluctance of people accept differences is enormous! When I told some of my friends/acquaintances/classmates about how things can be different and how exciting it can be, I got lazy reaction like “Okaaaay…but I bet they don’t have this and that (something typically Russian) and they don’t know how to do this and that (again, something Russian). And if they do things in a different way, they’re most probably just stupid”.

The truth is that most of Russians are aggressive and unhappy. And they survive thanks to the talent to find happiness in whatever they can get.

How to learn Russian.
Nawwww