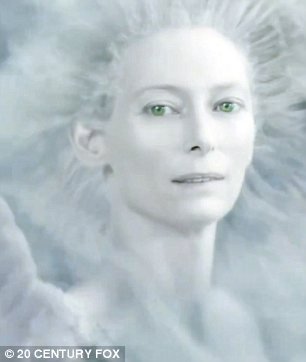 With love and vodka.
"Write a book!" they said.

I am living in freaking Narnia.  It’s day 116 of winter, with no end in sight: it was even snowing this afternoon!  That White Witch needs to have her arse kicked already.  The temperature is up from the fairly extreme minuses again though, and it’s due to crack 0 a couple of times this week.  It’s also light again.  It’s after 9pm now and the sun’s just gone down: how has it changed so much, in the space of 2 months?  I quite miss my eternal night, it didn’t last long enough.  At least it’ll be a bit nicer for when Jess gets here in a couple of days 🙂  We’ll have lots of adventures.

After my last post with Charlie the Hedgehog—actually not even just then, people have been asking me for years—I feel I should clarify that yes, it is my intention to write a book, I just need to find the time.  I know that sounds like an excuse, but the colours have nearly filled out in my head now, it really is just having space and time to sit down… for an outrageously long time… and do it.  At the moment, I’m not only working half-time (read: almost like a normal full-time job) for EF and babysitting a few times a week, I’m enrolled in two unis, run a charity, and somehow have a social life.  For the meantime. mini-projects is about all I can manage 🙂

Of course, apparently if I had more time, I should be dedicating it to my Russian studies: an Uzbeki lady just told me off for not being fluent in Russian yet, after being here for six months!  She claims that’s how long it took her.  Whatevvvvvvvs.  Perhaps if I was gulyaying (ultimate Russian-English fusion?!) with Russians all the time rather than working my arse off, I’d be better at it..!  I wish I was 🙁  My plan at the moment incorporates further studies, so we’ll see what happens.

That plan entails, by the way, finishing up with EF when my contract ends on May 31st.  I’ll then have to leave the country, as my visa expires the same day, and will be nannying for the family I babysit for in either Spain or Italy over the summer.  (I anticipate that the money will be a key motivating factor!  Working with kids is fine, but so mind-numbing).  Then a few weeks off to visit my friends in the UK and spend some time taking photos in Scotland (my favourite country!!)  I’m then going to try and get back into Russia on a student visa, and either just be a student or do absolutely minimal work (though the nannying family want me full time), until one of my friends gets married in India in probably Decemberish.  I’ll go spend time there, go to the wedding, then back to Aus to get a real freaking job.  I can’t wait, you’ve no idea.  Of course, my major difficulty in this situation is the ‘getting-a-visa-for-Russia’ part (I can’t believe I’m back in the same situation it took me 18 months to overcome the first time!)—Australians are required to be physically in Australia when they get their visa.  However, a couple of Russian consulates in Europe are noted to be slightly less fussy, so it’s a matter of going between countries until I find a place that’ll issue me one 🙂

Now, we haven’t had a cocktail in a while, and I can’t remember any of my other ‘Russian’ drinks, so here’s one I stole.  It sound delicious.  Though I can’t stand Tolstoy.  The drink sounds immensely more palatable than War and Peace!

With love and vodka.
"Write a book!" they said.