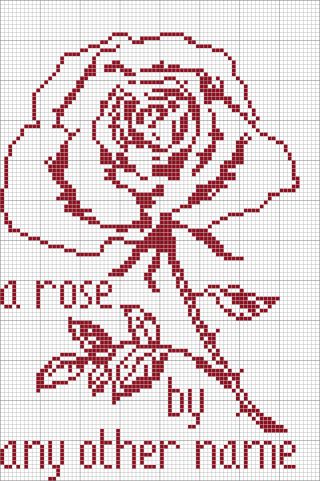 Mannnn do I need to leave Russia.  Even for a vacation would be fine—I don’t know whether it’s the long winter, my recent flu, or just life, but I need to go somewhere where I don’t need to prepare for the worst to happen every day.  I didn’t realise how exhausted I was!

Speaking of the flu, hereby the ‘T-virus’ (the virus in Resident Evil which turns people into zombies… obviously), the one going around at the moment is purportedly a ‘killer virus’.  I need to follow up, but apparently people have died from it, and I understand why.  It was hectic—fever, hallucinations, the works!  For the first time I understood how people actually die from catching a cold.  (By the way, while I think of it and in the interest of fairness, there’s something I should have added to my last post: one of my readers is 70, and told me that medical treatment he’s received in Russia has actually been superior to that he received in the States, so it’s not all bad.  In saying that, I mentioned to my Russian teacher today that Russian hospitals are rumoured to be ‘horrible’ and she said that yes, that’s true.)

While I was sick, I spent 4.5 days in bed recovering—I really couldn’t do anything else!—and as a result my back is absolutely ruined.  I’ve previously had major surgery on my back (it’s now part-titanium, and no I don’t set off airport security) and broken it twice, so I have to be really careful with it.  I’ve been told I have the back of an 80-year-old!  Unfortunately, even though my mattress is only just over three months old, it’s already become soft enough to hurt me.  As such, yesterday morning I went out to IKEA to buy a new new mattress.  I love going to IKEA here anyway, as I get to practice unusual sets of vocab.

Anyway, I spoke with a girl in the mattress department and she said that even though it’s outside IKEA’s return period, I can still exchange the mattress as it’s deteriorated so quickly, so yay for that.  Of course, I’m not going to have time to do that for at least a week, and sleeping on the floorboards bruises my hips whenever I do it.  As such, while walking through the rug section I kept an eye out for something to soften the floor a little, and eventually spotted one of the ugliest things I’ve ever seen—some kind of off-white rug.  Nevertheless, it seemed perfect for my purposes and so I bought it… realising when I got home that it was a real sheep skin.  Hypocrisy much?  I’m trying not to think about it… especially as my new floor-bed is freaking amazing.  Haha I feel very tribal though—and add that to the fact I’m in Northern Europe, that my last name comes from the Viking word for ‘summer’, and I figure I’m not Russifying—I’m Vikifying!

I mentioned that we touched on Russian hospitals in class today, and later in the lesson we talked about Russian names.  Russians have three names—a first name, a patronymic, and a family name/surname.  A patronymic comes from the father’s name, so Ivan’s children’s patronymic would be Ivanovich (for a boy) or Ivanovna (for a girl).  The teacher, Lydia, asked us why we thought Russians had three names, and I said it’s because there are only about 3 different names in Russia, so it gets confusing.  Seriously, I number the students in my classes—in one class I had Nastyas 1, 2 and 3.  Pretty standard names are:

There are a few more of course, but I’d say that these ones alone would cover around 80% of the population.  Nastya S once told me that during Soviet times, names were reduced in order to make it easier to control people: you could tell all of the Ilyas to do something, and they were like a little team.  I’m not sure how true that is, but it would explain a lot.

My teacher couldn’t understand how I’d find this confusing, and she asked about all of the ‘John Smiths’ in English-speaking country.  John Smith is, incidentally, a statistically rare name.  We said that we have middle names, but it’s more usual to use a nick-name or our surnames—something at which the teacher properly turned up her nose!

We then moved on to talking about changing your name, as the teacher commented that it was very strange how in Korea, women don’t change their names when they get married, that it’s like “they like their fathers more than their husbands!”.  I said that it’s normal in Scandinavia to keep your own unmarried name, and in Iceland boys and girls have different surnames anyway.  Boys’ surnames are ‘fathersname-sson’, while girls’ are ‘mothersname-dotir’.  Iceland’s another funny one actually, as there is a list of legally permitted names, and children aren’t allowed to be called anything that’s not on the list.  Anyway, this carried on for a while… then I broke out my dictionary and asked why the wife had to change their name, and not the husband?  Jay said he’d just been waiting for me to say as much for the whole discussion.  The teacher’s face threw its hands up and moved on.

Now, the other thing that makes Russian names a bit tricky for foreigners are that there are about a zillion standardised short versions of each name.  Names are shortened and often end with ‘ya’ or ‘sha’.  These are the names I use for my students, but definitely not for adults who I don’t know—that would be far too informal.  Here are a few examples of short names:

My favourite short-name is Vanya, for Ivan.  I think it’s adorable!

You can see in the above that some names are used for both genders, and also that a lot of names end with -asha.  At one point, in a single class I had Dasha, Pasha, Masha, Dasha (again), Sasha, and Lyosha: when I didn’t quite know everyone’s names yet, I’d sort of mutter “-asha” and wait for someone to answer!

Of course, it doesn’t stop there.  Basically, you can throw on -ka or -chka/-shka to anything in Russian to make it more of a term of endearment.  Therefore ‘barashok’ is ‘sheep’, but ‘barashka’ is like ‘sweet little sheep’/’lamb’.  ‘Daria’ can also be Dasha, Dashenka, Dashechka or Dashunya.  ‘Laura’ obviously isn’t a Russian name, though it’s close to the short-form for ‘Larissa’, ‘Lara’.  Thus I get Laura, Lara, Larichka, Larochka, Lorushka, and ‘Laurka’, which I find quietly hilarious.  In Australia most people called me ‘L’ or ‘Skills’ (for my surname), so it’s a bit of a change!

Anyway, I can’t keep my eyes open any longer… it looks like I’m getting up early to do my homework :(.   Floor-bed awaits 🙂