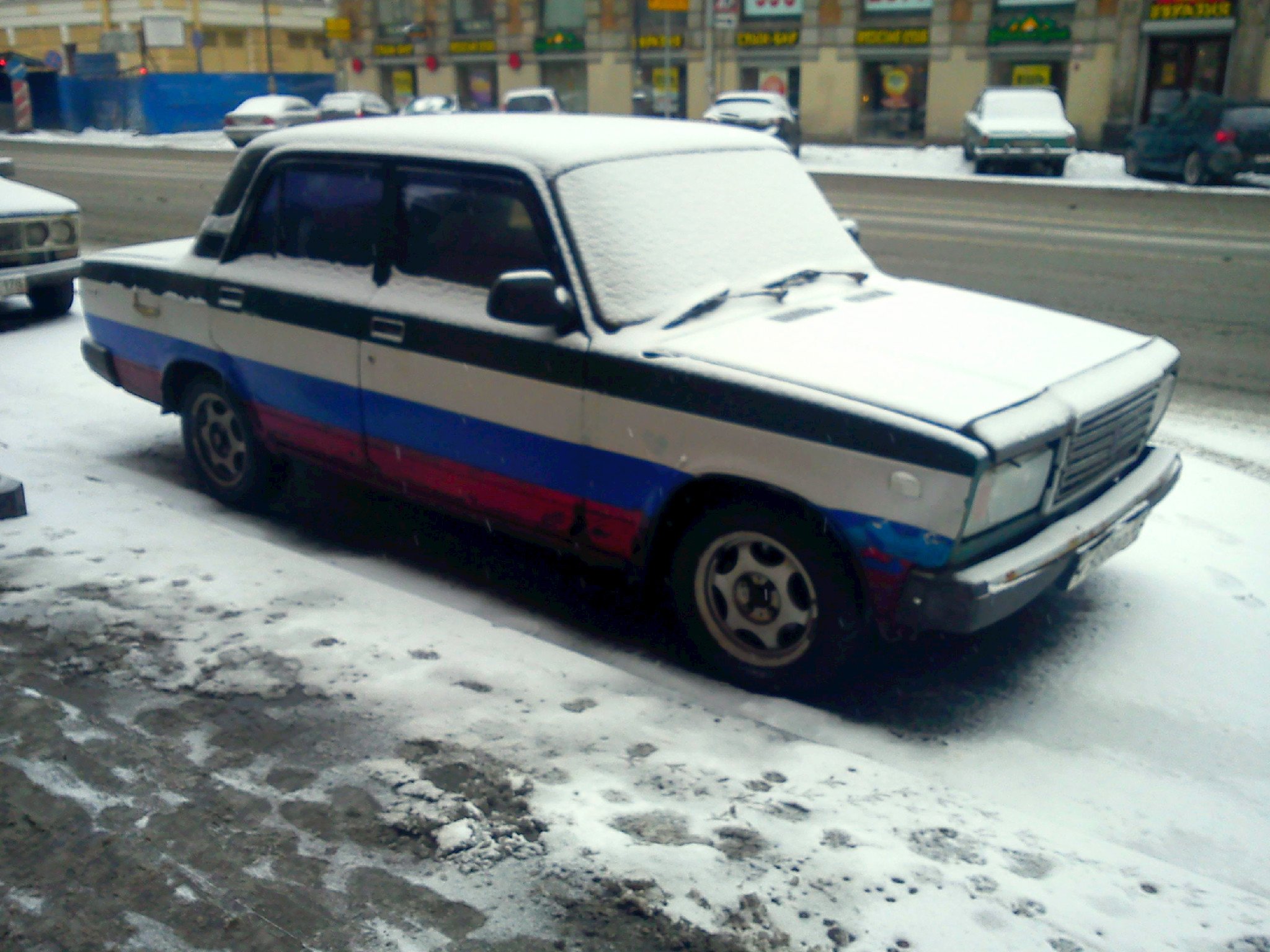 Leeve in Russia.
Puppies and Rainbows

The Russian personality, in under a minute (first 27 seconds):

I’m slightly addicted to the ‘Twisted Nederland’ videos and have spent far too many nights not sleeping because of them.  There’s a range of videos just as amazing as the above, and I’ve put a link directly to the Russian section in the ‘Blogs I Follow’ menu to the left.

What I love about the above video is that it shows people behaving like loons, disaster, and then everyone being outrageously freaking relaxed.  The pedestrians just carry on walking once they’re out of the way, and the guy that was hit meanders up the street after the other car.  It’s exactly like my student said – they’ve got their armour on for the day, so whatever happens, they’re going to be able to take it and shrug.

My landlord just left after collecting rent for the month.  I told him that I went in the Neva, and he chuckled and said that during Soviet times, he studied at the uni as well.  Before exams, they’d all go jump in the Neva then drink vodka, so that they’d get sick and not have to take them.  He had a good ol’ chuckle!

Our landlords are adorable, but to be fair I love any Russian who grades their language for me – patience toward my occasionally-retarded Russian is incredibly precious to me.  According to the last census, less than 5% of the population of Russia speak any English, so I don’t have any options if I don’t know how to say something – I have to find a way to express myself, or act it out, or whatever.  Anyone who’s patient enough to take the time to understand just blows my mind.

I am of course getting better at Russian (though some days I feel like I was better at it when I was back in Australia), and to that end decided to drop down a level at uni.  My grammar teacher hadn’t been quite sure what to do about me – my grammar is freaking awful (beyond awful) but then I understood everything she’d say.  Either way, I’ve changed to a different class which seems really cool, and I’ve already learned in two days there more grammar than I had in the previous ~10 weeks in the other class.  My friends Justin and Claire have also changed to the new group, so yay.

Not a lot else has been going on – I wasn’t able to sleep much last week, so have pretty much just been chilling at home (/work/uni) and trying to relax.  On Friday night Nastya S and I went to a “summer party” at Lana’s flat which was incredibly random – I was tired to the point of ridiculousness so started building things out of the various house decorations, and it was really only Lana, Nastya (who – long story – is now ‘Laura 2’ and American) and I drinking: Lana’s house-mate Valentina had put an invitation to the party up on Couchsurfing, and so the people that came were… random.  Real social-outcast types.  There was one guy who wasn’t eating, because it was the full moon.  Etc.  Either way it was a nice couple of hours 🙂

Anyway, I’m going to try and get some sleep now.  Here’s a bunch of Russian demotivational pictures I’ve been stashing but haven’t had the opportunity to use before now (I collect them faster than I can post them!):

Also, in asking Jess permission to order some uni books to her house earlier, it occurred to me how strange it is that I live in Russia and my postal address is in Australia.  It’s just more efficient that way.  Intuitive…

Leeve in Russia.
Puppies and Rainbows