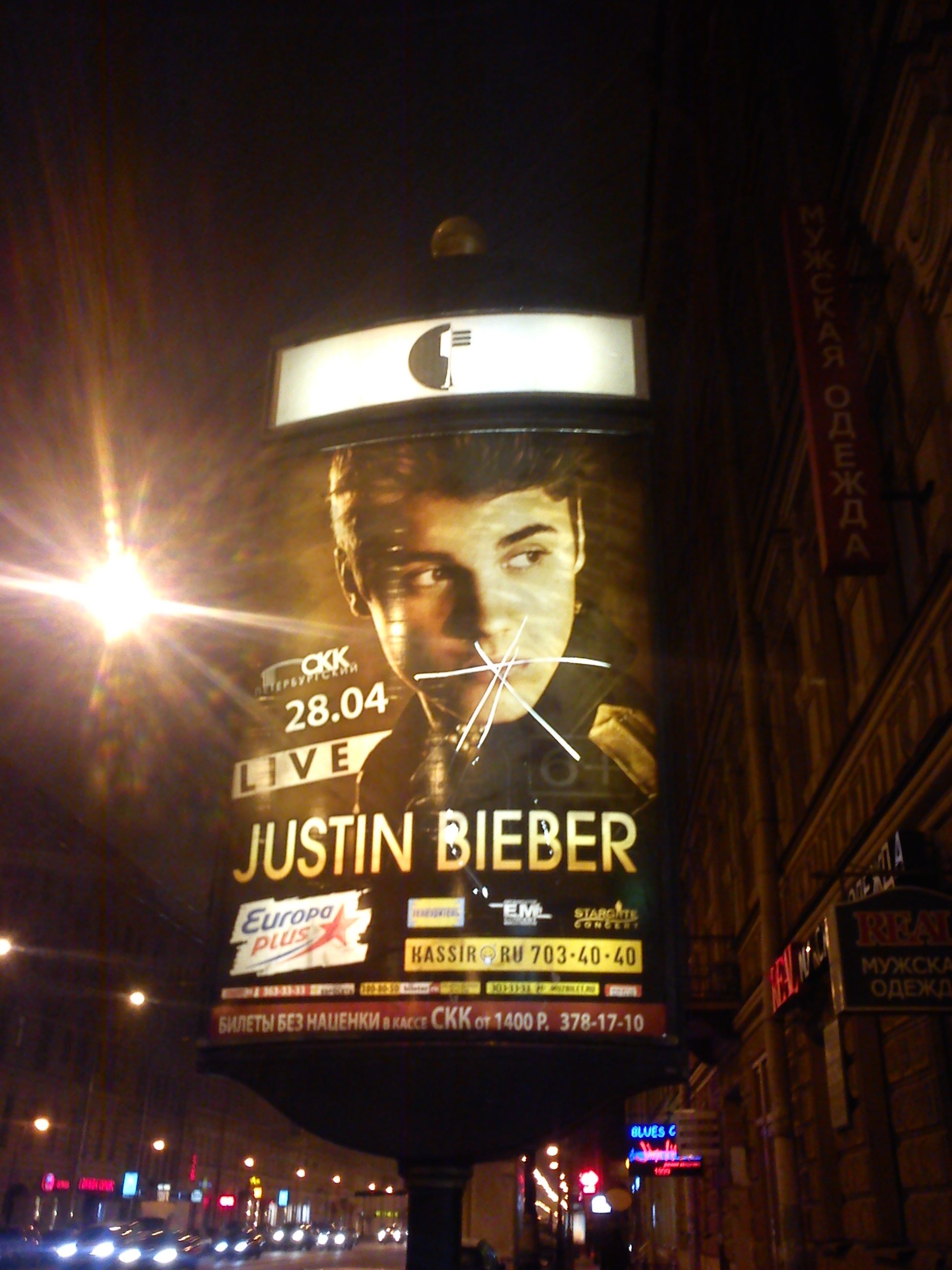 My students have some pretty extreme difficulty in distinguishing between the sounds ‘i’ as in ‘rich’ and ‘ee’ or ‘ea’ as in ‘reach’.  Thus, there are quite a few giggles—still!—when I say I’m going to give them a sheet, or talk about hitting up the beach.  To my students therefore, today’s post title would sound like both ‘leaving’ and ‘live in’ Russia.

That’s what it’s coming down to at the moment.  This early morning, I rang my Nan in Australia to wish her happy birthday, then spoke to a few people at the law firm.  Everybody asked me when—if—I was coming back.  As anyone who’s read my blog ever will know, this is something I’ve been debating, more-or-less since I arrived.  On the one hand, I hate Russia so much that if I left I don’t think I could make myself come back; on the other hand, I love it so much I don’t know how I’ll ever leave.

At Lana’s summer party last Friday night, Nastya asked me if I’d ever go back to Australia.  I said that I didn’t know—to visit, sure, but to live?  I told her that whenever I’m there, I’m mainly just looking for my next way out.  Australia doesn’t feel like home to me, not like Europe does.  In fact the whole country feels impermanent to me—like human civilisation is so ill-established and has such shallow roots there, that one day the continent will give an almighty shrug and all of the people and buildings will fall off.  Nastya also asked whether I’d ever felt as passionate about Australia as I do about Russia, and I had to answer that I felt nothing.  Who knows where I’ll end up?  Haha I certainly never have—I basically ended up in Russia on the decision of a moment—but that’s a story for another day.

Either way, I don’t think I’m done with Russia yet.  There are way too many stories still to be told!  The only issue I’ll really have is financial (I need to be able to afford my latest uni course etc), but happily some Russian guy found me on vkontakte the other day and said that he and his wife want sort of a baby-sitter for their two kids a couple of times a week.  Hello, cash—and it doesn’t even breach my contract with EF as I wouldn’t be an English teacher as such.  Haha in saying that the guy found me by searching on VK for ‘English Teacher’ in St Petersburg.  They live just around the corner from me, so it could work out really well—we’ll see.  Potentially problem solvered 🙂

I’ve made a couple of updates to inzemotherland the past couple of days: firstly, you can see to the left I’ve put a visitor counter in.  All the other blogs had one, and my blog was developing an inferiority complex, soooo that happened.  I’ve also created a facebook page: posting random things about Russia was taking over my personal timeline, plus Jess’, and then I had a ridiculous number of images and things to post all over my laptop’s desktop—so I’m relieving the load by putting memes etc on the facebook page instead.

Now, I promised a couple of posts ago to make Russian-themed cocktails a ‘thing’, so here’s another one—and it’s one of my favourites actually.  It’s called a Moscow Mule (hurrah for alliteration) and is a really nice summery drink.  You’ll need vodka, ginger ale, lime juice, ice and sugar syrup.  To make sugar syrup, all you need is sugar and water: heat water on the stove until it’s nearly boiling, then add just a ridiculous amount of sugar (so it’s around half water, half sugar).  Keep heating it slowly, stirring until the sugar’s dissolved… then add some more.  Keep doing that, without letting the mixture boil, until it’s reached saturation point (about 2:1 sugar:water).  Sugar syrup’ll keep in the fridge almost indefinitely because of the amount of sugar in it, though if you plan on keeping it more than about 4–5 months, add a little vodka to the cooled mix.  Don’t go too crazy making syrup though—you don’t need to make litres of it for this cocktail 🙂

To make the Mules, put 2–3 shots of vodka (I’m heavy-handed, ok?!) in a tall glass with some crushed ice, add about 2 tablespoons of lime juice, sugar syrup to taste (I normally use around 3 tablespoons), and top with ginger ale.  You can garnish with mint or lime, if you just can’t bear an undecorated drink.  Enjoy!