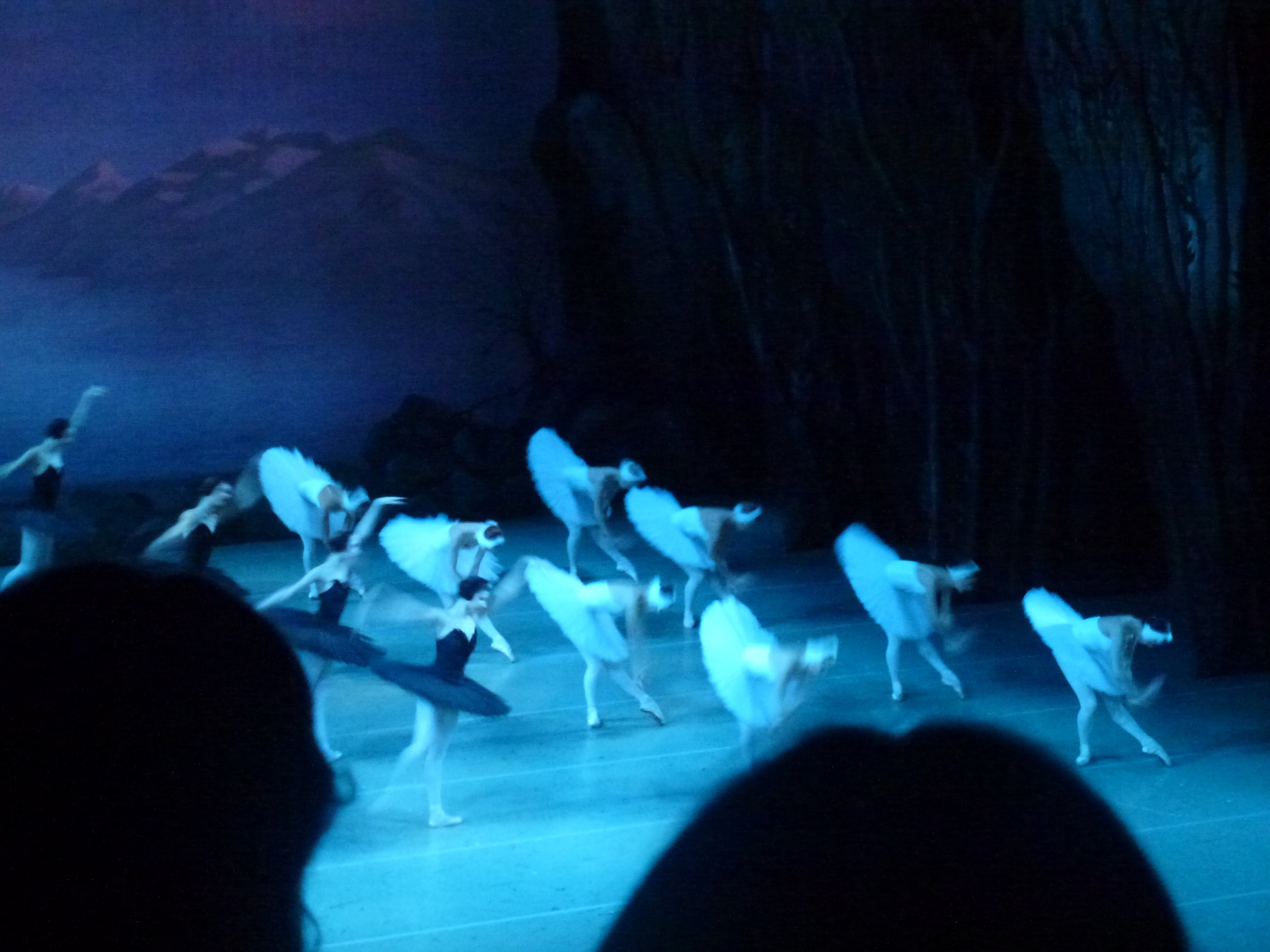 Well it’s been another action-packed couple of days, including a trip to Pushkin, last home of the tsars, on Saturday; and seeing Swan Lake at the Mariinsky Theatre on Sunday evening.  I haven’t gone through my photos from Pushkin yet as I am just swamped this week, but I have a massive back-log of posts so wanted to write about the visit before it gets away from me!

This was the second time I’d seen the Russian ballet.  The first time was around twenty years ago, when they performed Swan Lake in Hobart.  I went with my father’s girlfriend and her kids, and my predominant memories are that the seats were uncomfortable, that my feet were cold, that the snacks Sue brought were delicious, and I had to clap all the time.  I was forever thinking that it was finally over (clearly I wasn’t a ballet-obsessed little girl).  After it was over, Sue asked what we thought of the ballet, and I said exactly what I thought—clearly, in some ways I haven’t changed at all since I was 7 years old!  She got rather upset, and it’s probably deserved really.  I guess ballet wasn’t really my thing.  It probably still isn’t.

We arrived late—totally my fault—which didn’t really help my mood, and the first Act is sooo loooong.  I’m very familiar with Tchaikovsky’s suite: being a life-long insomniac as well as a pianist, I spend a lot of nights listening to classical music instead of sleeping.  If I were judging the ballet by the orchestra alone then fair enough, it would have been amazing.  But.  Ballet.

There are a few things that really bother me about it.  Firstly there’s the continual break-down of the fourth wall: that is, the constant acknowledgement—after every dance—of the audience by the performers.  It breaks the flow for me, and seems kind of conceited.  Imagine if other stage performers approached the front of the stage and took a bow after the delivery of every witty line: it wouldn’t exactly draw you further into the play.

The second, and probably more important, thing that bothers me about ballet is its two-dimensionality.  To me, it seems like perfection without passion: like card-board cut-outs who are consumed by moving in a perfect way, rather than by the darker passions which to me are more interesting and more human.  I’ll happily watch break-dancing, basically any Latin form of dance, belly-dancing, this, this, or this.

The only interpretation of ballet I’ve ever enjoyed wasn’t actually a ballet… and don’t yell at me… but it’s the film Black Swan.  I’m a massive fan of Darren Aronofsky, and in each of his films he shows the destruction and perfection inherent in obsession.  It’s only through that prism that I could enjoy the ballet-centric storyline.

Okay, enough ballet-bashing.  There were two particularly good ballerinas (are they still ballerinas if they’re guys??)—a guy playing the jester, and another playing the bad guy, von Rothbard.  They were some pretty amazing athletes.  The prince and the lead ballerina were a bit colourless however.

The scenery, lighting and the orchestra were all fabulous of course.  I thought my brain was going to explode when the orchestra played the final piece, it was magnificent!

On Saturday, I went with Naz to Pushkina.  Photos aren’t ready yet sorry, I’ll try to post them in the next couple of days 🙂  I have to get up in a few hours, so here’s the highlights in brief:

Post-palace we continued our walk through the park (okay, admittedly, it was another park by this point) and got rather stuck in it.  There was no exit because of all the snow and locked gates, so while I was happy to step over the not-quite-waist-high fence, Naz wasn’t.  I ditched her and waited for her outside the park for the next half an hour, forty-five minutes.  I was exceptionally grumpy and hungry (hangry!!), so we headed to a Bulgarian cafe.  Ah Bulgaria, how I love thee (I will get round to writing about my ‘bloc trip’ last year soon, but I don’t let myself write until I’ve done my homework… and it’s unending).

Inside the cafe, the owner pointed to a photo above Naz’s head, and kept saying something about how it wasn’t there anymore.  I couldn’t figure out what on earth he was talking about for the longest time—then realised that he was pointing to one of the former-Twin Towers.  Apparently I don’t recognise the New York skyline…  The man then asked whether I was American, and I said no, I’m from Australia.  He then emphatically said good (well, in Russian) and that Americans were crazy.  He said that their society doesn’t make any sense: that there are a few professions up the top, doctors, lawyers etc, and that everyone else is an underclass.  He said it was insane.  Ah, cultural differences.  Actually, I’ve heard (but admittedly not fact-checked) that doctors are amongst the lowest-paid people in Russia, after only teachers.  I’d believe the part about teachers: one of my friends has a PhD in linguistics and got a position teaching at the uni.  For a grand total of 1500 rubles a month.  That’s around $45.  Wow.

Anyway, it’s well past my bedtime and I have a crazy week ahead, so adieu!