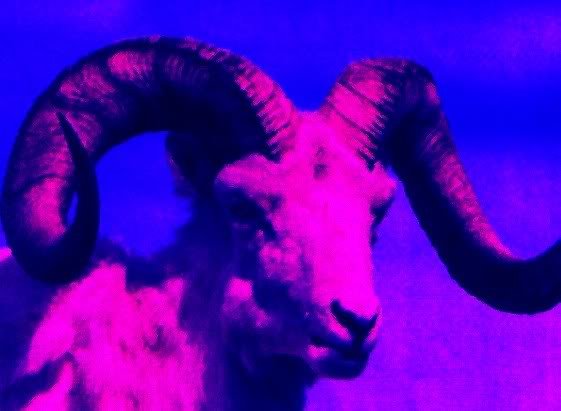 What's in a name?
In a shocking turn of events

Well, I’m in a fever-governed land of psychedelic goats right now, so it seems the appropriate time to write a blog post about medicine in Russia.

A few months ago, I was sick, completely lost my voice, and went to work to teach anyway.  In the middle of last year I broke my arm on Saturday afternoon and was at work Monday morning.  So, if I call in sick to work, I’m sick enough that I expect people to just believe me.

I realised by midday Thursday that this particular sickness was settling in, so emailed work to ask what I do if I need to call in sick.  My centre director called and said that I had to get to a doctor for a medical certificate straight away, and I basically straight-up ignored her: there was no way I was going to be able to leave the house in the condition I was in.  She said that maybe I should call a doctor to me then, but I have no idea how that works, and was far too ill to be motivated.  (On the topic of calling things to oneself, ambulances are free in Russia, so it’s normal for people to call an ambulance for just about anything, from actual life-or-death situations to a common cold.)

After a lot of emails in which I described rather graphically how ill I was, the HR manager called me yesterday afternoon and said that she believed I was ill, and gave me the details of a medical centre if I got any worse.  Hurrah.  Of course, the likelihood of my seeing a doctor here (barring actual problems) is pretty low.  Partly because of the price, and partly because of the quality.

I have no idea what the doctor costs for a normal Russian, but if you’re Western then they basically gouge you, as they assume you can afford it.  I’ve said before that the medical profession is one of the worst-paid in Russia, so not only will you be overcharged if possible, but doctors over-prescribe diagnostic tests and things as they make commissions from referring patients.  As my friend Lana put it, “10 thousand rubles?  I figured I’d just get better.”  (Also, Lana brought me a care package on Thursday = legend).

As far as quality, well.  Lana told me a couple of weeks ago how a non-Russian couple at her workplace are pregnant, and are staying in Russia to have the baby.  I started laughing uncontrollably, as it’s one of the worst ideas i’ve ever heard.  Maternal and infant mortality death rates are of course higher here than in the west, and moreover the experience is… complicated.  One of the Russian families I know in Australia emigrated specifically to have children, as it’s so dangerous here (this was ~15 years ago though, so things have improved somewhat).   It’s not just the danger that made me laugh at this couple though, but the sheer difficulty they’ll face: not only will they be gouged, they’ll have to deal with Russia’s constant contrariness, and they don’t speak Russian.  Worst.  Idea.  Ever.

As I said in my New Years’ post, a guy I know here woke up in hospital one morning after a big night at the staff party.  The way he described it was reminiscent of the prison in Shantaram: there were around 30 guys in this 6-bed room, one toilet to share between all of them (it apparently involved wading through faeces to get there), nurses who were rude to the point of cruelty, filth, and did I forget the bars on the windows?  When he awoke, he wasn’t sure if  he was in prison, an asylum, or a hospital, though he thought it must be one of the first two.  Not a place I want to be..

Ok, that’s about as much coherence as I’m capable of today, so I’m back to bed.  Woot.

What's in a name?
In a shocking turn of events