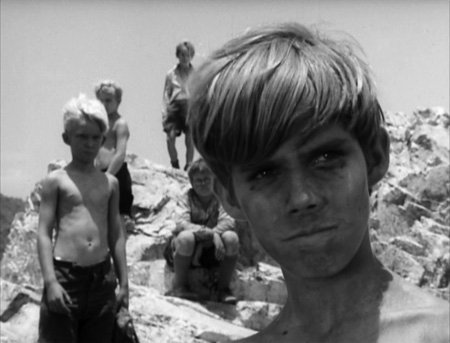 I glanced up on the metro earlier, accidentally making eye contact with an elderly Russian man, and was suddenly overwhelmed with the impression that this guy had eaten people.  Being Russia, and being that he was an old man, this is not entirely unlikely, but I don’t know what gave me the impression – he looked haggard and disturbed, sure, but cannibalism..?

I’ve mentioned before the huge losses Russia suffered in World War 2, and the fact that during the Siege of Leningrad, people ate wood and leather.  What I didn’t mention was that they also ate people.  I should give you fair warning here – there is a graphic image and very graphic descriptions below.

Yesterday (27 January) was the 69th anniversary of the lifting of the German siege on the city.  It started 8 September 1941, and lasted for 872 days.  During that time, around one million people if not more (figures are disputed) perished.  This represents approximately a third of the officially listed pre-blockade population.  In reality, the numbers in both cases should probably be dramatically increased, given the influx of refugees to the city at the time.  Either way, the city was a devastated ghost town when the siege finally ended.

As I’m writing this, I’m reading more and more about the Blockade and corresponding conditions, and am more and more horrified and overwhelmed.  By the winter of 1941-2, reports of cannibalism started pouring in:

Paintings, drawings and diaries…show that cannibalism was so much a fact of everyday life that parents feared their children would be eaten if allowed out after dark.” (Source)

“Rumours of cannibalism abounded. Amputated limbs disappeared from hospital theatres.  Police records released years later showed that 2,000 people were arrested for cannibalism; 586 of them were executed for murdering their victims. Most people arrested however were women.  Mothers smothered very young children to feed their older ones.” (Source)

“The official daily ration was 125 grams of bread, about the weight of a bar of soap. Leningraders supplemented it with anything they could: as historians Ales Adamovich and Daniil Granin wrote in their account of the siege–“with everything from the birdseed to the canary itself.”

They scraped wallpaper down and ate the paste, which was supposedly made from potatoes. They extracted the same paste from bookbindings, or drank it straight from the glue jar. They boiled leather belts and briefcases to make an edible jelly, and plucked and pickled grasses and weeds.

They ate cats and dogs, petroleum jelly and lipstick, spices and medicines, fur coats and leather caps. Some made face-powder pancakes; others munched grimy crystallized sugar, dug out from under the sugar warehouses leveled by German firebombs.” (Source)

Note that a lot of people also died of the cold.  I mentioned before that the temperature dropped to -50 during the siege as per my students, though perhaps this was a ‘feels-like’ temperature – either way, it was in the vicinity of -35.  With no heating and not enough food, eating clothing must have felt like being between a rock and a hard place—in the grimmest possible way.

I was going to write about the psychological effect of cannibalism, but after reading the articles listed below, I just don’t have the heart for it.  There are few blokadniki (Blockade survivors) left now, and they would have to be in their 80s or 90s to remember anything – a very, very old age in Russia, where the life expectancy is 68.8 years and where people have been through alternately tumultuous and devastating periods.  Russia is changing so very quickly – I wonder how long the motto of the blokadniki will be remembered:  “Troy fell, Rome fall, Leningrad did not fall.”

For more on the Blockade, see:
Now and then – pictures from the time of the siege, superimposed over modern photos of the same locations.  It’s a crazy look into the past.
Seventy Years On – a critical account of Soviet treatment of history in the post-blockade error
Archival records confirm cannibalism – I highly recommend reading this if nothing else – but it is horrible.
Wiki (as always) – the siege and its effects
Book – The 900 Days at the Book Depository