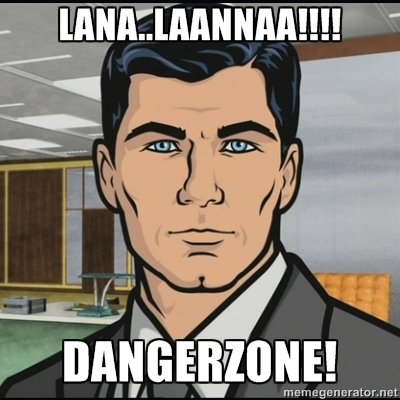 I swear I am now out-Russianing (and certainly out-rushing) the standard Russian.  Or should that be ‘Russian Standard’, which is incidentally not only a vodka but a bank?  Every time I see the logo on the bank I think cynical things about how the Russian economy got into its current state.

Anyway, this weekend I have been getting up to hi-jinx with fellow Aussie Lana, including going to watch ice-hockey last night and then jumping into the frozen Neva River today.

The hockey yesterday was freaking epic.  It was St Petersburg SKA vs Moscow Dynamo,  and was so worth it.  Lana greeted me on the metro platform with a beer in hand (and we spent the first half an hour after arriving at the stadium trying to find a way to open it).

Outside the stadium was super-Russian:

Inside the stadium was also super-Russian.  We had to abandon things we’d bought at the supermarket at the door.  We then bought some chips at the kiosk, but were told to ditch them before entering the game hall itself.  A security guard told me that my bag was too big to be allowed in, but I did the standard thing I do when a Russian person tells me to do something I don’t want to – pretend not to speak the language ;).  It works every time!

This is from our seats – such a great view!:

The game was freaking amazing.  Before it even started we were introduced to the SKA players via huge TV screens while the Pirates of the Caribbean soundtrack blared.  Each player had things exploding behind them on an epic scale.  There was a big horse mascot, stripper-esque cheerleaders, national anthems, just everything.  Every time SKA scored a goal, the theme from Star Wars would play.  Music excerpts played during the game were pretty much all AC/DC, the White Stripes, and Queen.  Like I said, epic.  In the end SKA lost 2-3, but I still fangirled it up, and we’re determined to see as many more games as possible:

Our back-up plan if we couldn’t get tickets was to go and watch crazy people jump into the Neva River.  My Russian conversation teacher was telling us about this just last week: at this time of year, people go and get baptised by jumping into the river.  She told us that things like that are why Russians have such a hardy constitution.

While getting ready to go to the hockey, I realised that I was probably going to have to get into a river in the middle of winter, so took my bikini with me.  Post-game, Lana and Nastya S came to mine for dinner which was lovely.  At around 1am I got a call from Lana and figured she must have forgotten something – instead she asked if I was still keen to jump in, because her flatmate’s boyfriend wanted to do it.  Naturally I said yes!

So today we met at 2ish and made our way to the ‘baptismal point’.  There’s also a 12m pool cut into the ice all winter just by the Peter and Paul Fortress – winter swimming is apparently regular practice for some 50,000 Russians, who are called ‘walruses’.  Looking at photos last night, I could see how they got their name:

Anyway, we arrived, and, well, you can see the rest.  Sorry for the lack of sound for the first part, I didn’t give Lana very good instructions on how to use my camera.  I’ve added subtitles for what I can remember:

So there you have it – I’ve been reborn as a Russian.  What a weekend!