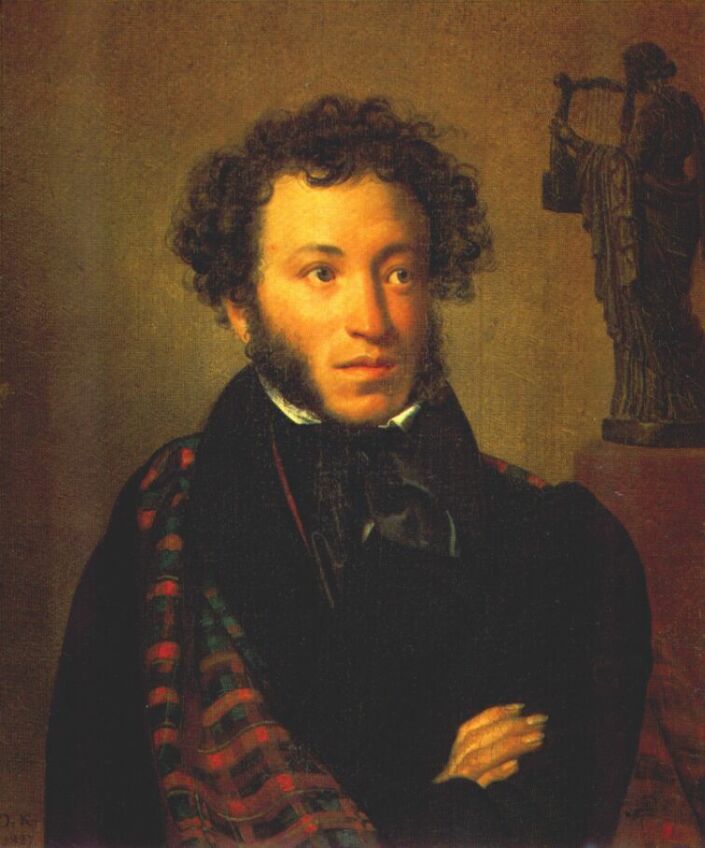 Finally, a post where you get to see me recite a Russian poem.  Just what you’ve been waiting for!

Firstly, a bit of randomness.  If you’re not on my facebook you won’t have seen the brilliant situation depicted below.  Basically, the traffic lights near my house regularly stop working, and absolute chaos ensues.  Everybody seems to believe that they have right-of-way, and you can see the results below:

As I said on my facebook, I see how Russia invented tetris!

It’s leading up to Christmas here (January 7, not the 8th as I said in the last post) and I’m having my final lessons of the year.  It’s ‘silly season’ here as much as anywhere!  Here’s something a little ridiculous I saw yesterday:

There’s a weird blend of Santa Claus and Father Frost happening here, and in fact on Tuesday I performed the role of the Snow Maiden, Father Frost’s granddaughter.  But I’ll need to research and will do a Christmas post in January 🙂

In one of my teenage groups last night (isn’t it always?) we brought in food to celebrate the New Year.

I got bored of everybody being timid, so decided to grab a marshmallow.  One of my students, outraged, yelled at me: “you CAN’T!!”.  Hot tip: she didn’t say  “can’t“.  Haha I laughed until I cried, it was amazing.

This particular class has asked me every single freaking lesson to speak some Russian to them, and I absolutely refused.  There were a few reasons for that, only one of them being shyness!  I didn’t want to undermine my teacheriness, and more importantly didn’t want them to know how much I understood – I’ve become a very effective eavesdropper, so know if they don’t understand something.

Anyway, I kept telling them ‘I’ll speak some Russian for Christmas’, and sadly they held me to it.  They even sent me a poem to learn – learning and reciting poems is part of the standard Russian curriculum.

The poem in question is called Я вас любил (Ya vas lyewbil – lyewbil I pronounced incorrectly every time – “I loved you”/”I have loved you”).  It’s super-Russian.  I’ll put the translation below.

I did get told off by one of my students on vkontakte for laughing during the poem, but what you don’t see in the below video is that after I started the poem the first time, my entire class started laughing hysterically at me – it was hard to be serious after that!  Also, I had every single student pointing a video-recording device at me.  One’s just not enough, apparently.

Anyway, here it is:

The words and my fairly liberal translation:

The video’s also on vkontakte and my students have been messaging me to say how perfect my Russian is – score.  Apparently I was ‘Russian in a past life’.  Haha maybe they’ll take my ridiculous pronunciation exercises more seriously now?

I’ll finish on a quick note.  You’ll recall that my friend Anya helped me find a fur-less coat, and saved me from touching it at every possible occasion.  Actually, all of the teachers are now used to hearing me squeal if I accidentally touch fur, and rush over to move the offending object for me.  Anyway, so yesterday I gave Anya her Christmas present, so she grabbed me for a hug and pulled my face straight into her fur coat!  Haha it was horrible yet absolutely hilarious.

Anyway, time to do some work – it’s my last day at Primorskaya school, so I’d best do it well!