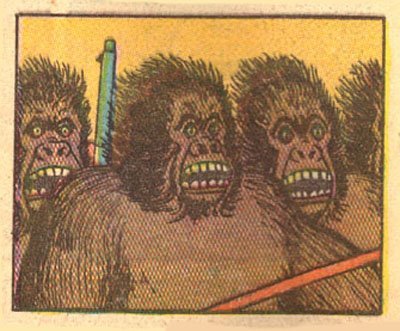 Firstly, heatwave: there’s meant to be a high of -2 on Tuesday.  Wtf?  That’s more than 20 degrees warmer than it has been.  I may die of heat exhaustion!!!  I may even be able to go to work without wearing my snow pants.  It’s crazy.

The title for today’s post means ‘old and stupid’.  Which, incidentally, is what my students (fairly ludicrously) accused me of being today.  S1: “S2 wants me to ask you how old you are for her.”  Me: “27”.  Ss: “What?!”.  People often think I’m younger than I am, so this came as no huge shock.  My massive amounts of maturity help with that I’m sure.  Anyway, they’d been thinking I was around 22, and this resulted in two main reactions.  One group of students wanted to know what the ‘secret’ to my ‘youthful appearance’ was; and the other was shocked and outraged that I’m not married with kids!

To the first of these groups I had nothing much to say except ‘genetics’, though I did mention that a lot of Russians look older than they are to me.  I had one 18yo student who I’d genuinely thought was 23-24.  Another lady I thought was approaching 50, and she was only 33!  It’s weird, I want to say that people grow up fast here – and they certainly look it – but on the other hand, it’s like they never become fully mature.  I remember a guy in my CELTA (the Cambridge English teaching course I did in Prague) group said to me that Russians were a ‘very immature’ people – they’re always rushin’ (yeah I did) into these adult ornaments of marriage, home and family, but without ever becoming really adult.  Hm.  Food for thought.

A girl in the second group of students, who I normally consider more Western than most of my students, actually made the largest outcry over my age.  She said that I was so old.  She was appalled that I’m unmarried and have no particular desire to have children, and said with utter vehemence that I am stupid because of it.

To this, all I could really respond was that Russian values and my values are very very different in a lot of ways.  I said that it’s far from unusual for educated people in Australia to get married in the 35-45 age bracket.  S3 said that it’s the same in Russia, and I couldn’t help but retort ‘yeah, but in Australia it’s their first marriage, not their tenth!’.  Snap!

In many ways I’ve become used to the set gender roles and sexism endemic here.  The other day one of my students said that it was ‘nice’ that I play Skyrim, because ‘girls are so fragile, but in the game you can be strong!’.  I didn’t even rise to it, other than saying *facepalm*.

The feminist in me is screaming, but I have to say as well, that it’s actually quite nice to know what’s expected from  you.  I remember reading feminist constructivist texts for uni (one of my majors was political theory), and opponents would argue that a lack of gender roles leads to anomie – sort of a social isolation or loss of identity.   Here’s a quote from Wikipedia’s entry on Emile Durkheim which is particularly pertinent:

For Durkheim, anomie arises more generally from a mismatch between personal or group standards and wider social standards, or from the lack of a social ethic, which produces moral deregulation and an absence of legitimate aspirations.

After living in Russia these past nearly-four months and seeing how different life is here in respect to gender roles and relations, I (I literally have my teeth gritted and am wincing as I type this) think he kind of had a point.  I just never noticed it in Australia.

As Australian Laura, I know exactly what I want.  Of course, what I want swings regularly between a career and freedom.  Either way, that’s pretty much the limit of it.  I see those things as far more important than any romantic relationship, and it’s kind of how I feel other people see my best options.  Whoa, convoluted.  That is, people tell me I’m so brilliant, talented, yada that I shouldn’t ‘waste myself’ on a man.  One of my best friends constantly tells me that she’s ‘never met anyone good enough’ for me (which I point out to her is somewhat depressing), and another tells me she doesn’t even like me when I’m in a relationship – it’s ‘not normal for anyone to be that nice’.  I take her point – I’m incredibly boring and don’t achieve anything when I’m seeing someone.  It’s like I’m not even me – a huge part of my personality is my acerbic sense of humour, combined with an outward-looking humanism and environmentalism.  When I’m seeing someone my world completely inverts and it’s both annoying and inefficient.

Given all of the above, when I’m in Aus or a Western country, I’m completely convinced that I want to be single.  My stated lack of interest also makes it much more comfortable for me to have so many guy friends, as neither they nor their girlfriends feel like I have an ulterior motive.

And as Russian Лаура?  I don’t know, but I can tell you that Russia has been slowly crushing me to its will!  In a way, the oppression is quite nice – I know what I’m supposed to do at all times.  I love how emotionally available everybody is, I like that it’s ok for me to act or even teach emotionally, and in short it’s the complete opposite of Austral-rational Laura.  Here, conversely to how I’m treated in Australia, people expect me to have an ulterior motive and they expect me to be looking for a guy.  Not even a guy, a husband.  *shudder*.  Definitely having the expectations of those around me pointed in the other direction is having an impression, so it’ll be interesting to see which version of ‘me’ wins out.

Wow, by the word count this is one of my longer entries, and I haven’t spoken about anything.  So, segue-way – it’s xmas in Australia!  (I’m loving google’s ‘Santa Tracker‘ by the way).  It’s not xmas here until January 8th, being an Orthodox country.  However, I wish those having it now happy holidays 🙂  xx L